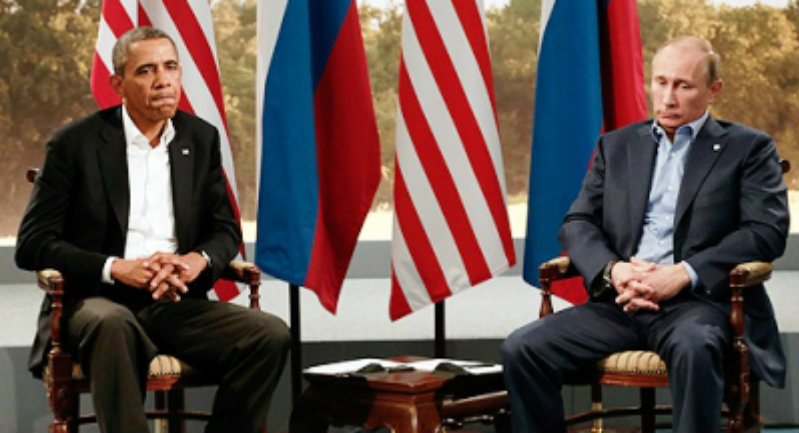 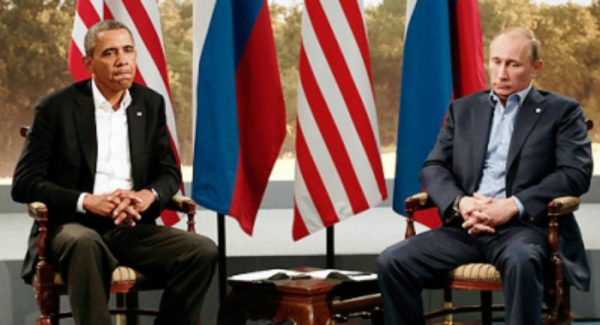 Some are direct and blunt.  For example, during his recent visit to Brazil, Russian President Vladimir Putin was asked by journalists about U.S. sanctions against Russia due to the Ukrainian crisis.  While naturally condemning such moves, part of his response was to accuse the Obama administration of “encouraging war between neighboring states.”  In the same context, Putin added:

American objectives have not been realized, nor have they accomplished anything, because everything has collapsed.   Afghanistan faces problems, and Iraq and Libya are falling apart.  Egypt also was going to collapse had President Sisi not taken matters in hand.  And all this demonstrates the failures of the Obama administration.

In fact, and as I have pointed out in several articles, every Muslim nation the U.S. has interfered in—whether to promote “democracy,” as in the much ballyhooed “Arab Spring,” or to defeat “terrorism” and/or eliminate “WMDs”—has seen two results: the empowerment of Islamists, followed by chaos, conflict, and constant atrocities.

Other leaders, such as Israeli Prime Minister Benjamin Netanyahu, indirectly point to the Obama administration’s failures in the Middle East.  This occurred during an interview on NBC’s Meet the Press, in the context of the Presbyterian Church of the USA’s recent decision to divest from Israel in the name of the Palestinian people.

After pointing out that “Christians are persecuted throughout the Middle East”—and nary a word of condemnation or concern from the Presbyterian Church—Netanyahu said:

You know, I would suggest to these Presbyterian organizations to fly to the Middle East, come and see Israel for the embattled democracy that it is, and then take a bus tour, go to Libya, go to Syria, go to Iraq, and see the difference.  And I would give them two pieces of advice, one is, make sure it’s an armor-plated bus, and second, don’t say that you’re Christians.

While not directly mentioning the U.S.’s role in these three nations—Netanyahu, after all, is on better terms with America than Putin—the obvious is clear: 1) the U.S. played a major role “liberating” two of these countries—Iraq and Libya—and is currently supporting the freedom fighters/terrorists trying to “liberate” Syria; and 2) in all three nations, the human rights of non-Muslims, specifically Christians, have taken a dramatic nosedive, evincing the nature of those the U.S. helped empower.

Consider Iraq today, one decade after the U.S. took down Saddam Hussein, bringing “freedom” and “democracy” to the Iraqi people: now an Islamic caliphate exists, enforcing the savageries of Sharia—from stoning women accused of adultery to crucifying others, burning churches and forcing Christians either to convert to Islam, pay “taxes” (jizya) and embrace third class status, or face the sword.

Libya, Afghanistan, and rebel-controlled areas of Syria are little better.

As Putin pointed out, the only nation still trying to hang in there is Egypt, thanks to the anti-Muslim Brotherhood revolution—which, of course, was criticized by the U.S. government, including by people like John McCain.

To recap Egypt: the Obama administration turned its back on 30-year-long U.S. ally, the secularist Mubarak, embraced the Islamist Morsi, and some of the worst Muslim persecution of Christians—the litmus test of “radicalization”—took place against the Copts during Morsi’s one year of rule, from an unprecedented attack on the most important Coptic building and seat of the pope, the St. Mark Cathedral, to a dramatic rise in the imprisonment of Christians accused of “insulting” Islam.

As for Egypt’s current president, Sisi, he too made some observations that comport with those of Putin’s (that “someone” is fueling conflict between neighboring states) and Netanyahu’s (that the region is a mess, thanks to the empowerment of Islamists).

During his televised speech in early July, Sisi warned that “religion [code for “Islam”] is being used to destroy neighboring countries”—a clear reference to the empowerment of Islamists in the same failed nations highlighted by Putin and Netanyahu, namely, Iraq, Syria, Libya, and Afghanistan—all the handiwork of U.S. leadership in general, Obama’s administration in particular.