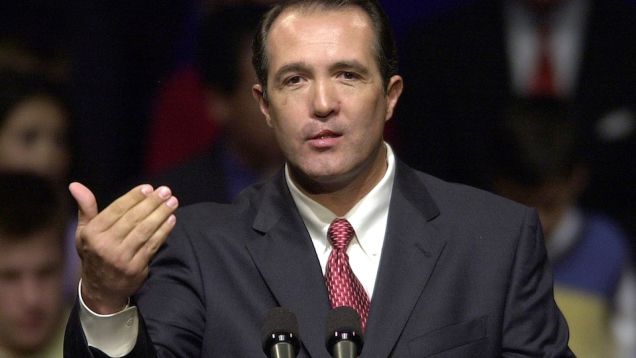 Most aware Americans are cognizant of the fact that because of Fukushima, the fish of the earth are becoming inedible and the ocean currents as well as the prevailing ocean winds are carrying deadly radiation. The net effect is a lowering of life expectancy over the next generation. Additionally, the radioactivity has made its way into the transpiration cycle which means that crops are being dowsed with deadly radiation. The radiation has undoubtedly made its way into the water table in many areas and impacts every aspect of the food supply. One mere nuclear power plant meltdown has threatened the stability of the planet in so many ways. However, this article is not about the devastation of just one nuclear power plant failure at Fukushima, instead, this article focuses on the fact that the results from just ONE “successful false flag event,” could launch North America into a doomsday scenario of having 124 Fukushima events occurring at the same time!

All that would have to happen for this nightmare to become a reality is a take down of the electrical grid presumably through the use of an EMP attack upon the power grid.

Warnings From On High

Some top officials in government and in business have taken notice of the threat posed to America by an EMP attack. In January of 2013, and again in her August 2013 farewell address as the outgoing  Director of Homeland Security, Janet Napolitano made it clear that it was a matter of when, not if the grid was taken down by a “cyber 911″.

Joining the former DHS director in her concerns about an impending EMP attack is billionaire hedge fund manager Paul Singer who has issued a very dire warning for investors in which he calls the threat of a widespread blackout from an electromagnetic surge the “most significant danger” in the world.” Singer wrote to clients of his $24.8 billion Elliott Management on this past Monday in a standard investment update letter. “Even horrendous nuclear war, except in its most extreme form, can [be] a relatively localized issue, and the threat from asteroids can (possibly) be mitigated.”

Why isn’t something, along the lines of the Paul Singer proclamation of the need to do something to harden the grid against an EMP attack, being done right now? After all, Singer doesn’t pull any punches when he says that an EMP attack upon our grid would likely be worse than an asteroid strike upon the earth or all-out nuclear war. Are Paul Singer and Janet Napolitano simply lone voices in the wilderness whose dire warnings have no basis in fact? Or, is there is something much more dire going on?

American Regulators Are Aware of the Threat

American regulators knew that a power failure lasting for days involving the power grid connected to a nuclear plant, regardless of the cause, would most likely lead to a dangerous radioactive leak in at least several nuclear power plants. A complete loss of electrical power poses a major problem for nuclear power plants because the reactor core must be kept cool as well as the back-up cooling systems, all of which require massive amounts of power to work. Heretofore, all the NERC drills which test the readiness of a nuclear power plant are predicated on the notion that a blackout will only last 24 hours or less. Amazingly, this is the sum total of a NERC litmus test. How long was power out to New Orleans following Katrina or to New Jersey due to Sandy? What are the odds that  power blackout effects of an EMP attack would last under 24 hours?

Although we have the technology needed to harden and protect our grid from an EMP event, whether natural or man-made, we have failed to do so. The cost for protecting the entire grid is placed at about the cost for one B-1 Stealth Bomber. Yet, as a nation, we have done nothing. This is inexplicable and inexcusable and any aware American would be within their rights to question the motives of the people who are running NERC. In this case, the buck stops with President Obama as the executive head of this agency.

Our collective inaction against protecting the grid prompted Congressman Franks to write a scathing letter to the top officials of NERC. The Franks’ letter can be accessed at this link. However, the good Congressman failed to mention the most important aspect of this problem. The problem is entirely fixable and NERC and the U.S. government are leaving the American people and its infrastructure totally unprotected from a total meltdown of nuclear power plants as a result of a prolonged power failure.

According to Judy Haar, a recognized expert in nuclear plant failure analyses, when a nuclear power plant loses access to off-grid electricity, the event is referred to as a “station blackout”. Haar states that all of the US nuclear power plants are built to withstand electrical outages without experiencing any core damage, through the activation of an automatic start up of emergency generators powered by diesel. Further, when emergency power kicks in, an automatic shutdown of the nuclear power plant commences. The dangerous control rods are dropped into the core, while water is pumped by the diesel power generators into the reactor to reduce the heat and thus, prevent a meltdown. Here is the catch in this process, the spent fuel rods are encased in both a primary and secondary containment structure which is designed to withstand a core meltdown. However, should the pumps stop because either the generators fail or diesel fuel is not available, the fuel rods are subsequently uncovered and a Fukushima type of core meltdown commences immediately.

A long-term loss of outside electrical power will most certainly interrupt the circulation of cooling water to the pools. One of my Palo Verde nuclear power plant sources informed me that there is no long term solution to a power blackout and that all bets are off if the blackout is due to an EMP attack. A more detailed analysis reveals that the spent fuel pools carry depleted fuel for the reactor. Normally, this spent fuel has had time to considerably decay and therefore, reducing radioactivity and heat. However, the newer discharged fuel still produces heat and needs cooling. Housed in high density storage racks, contained in buildings that vent directly into the atmosphere, radiation containment is not accounted for with regard to the spent fuel racks. In other words, there is no capture mechanism.

In this scenario, accompanied by a lengthy electrical outage, and with the emergency power waning due to either generator failure or a lack of diesel needed to power the generators, the plant could lose the ability to provide cooling. The water will subsequently heat up, boil away and uncover the spent fuel rods which required being covered in at least 25 feet of water to remain benign from any deleterious effects. Ultimately, this would lead to fires as well and the release of radioactivity into the atmosphere. This would be the beginning of another Fukushima event right here on American soil. Both my insider Palo Verde Nuclear Power Plant source and Haar shared exactly the same scenario about how a meltdown would occur.

Subsequently, I have spoken with my friend and colleague, Roger Landry, who worked for Raytheon in various Department of Defense projects for 28 years, many of them in this arena and Roger also confirmed this information and that the above information is well known in the industry. When I examine Congressman Franks letter to NERC and I read between the lines, it is clear that Congressman Franks knows of this risk as well, he just stops short of specifically mentioning it in his letter.

The Questions That Are Not Being Asked

What if the reason for the blackout is an EMP burst caused by a high altitude nuclear blast and transportation comes to a standstill? In this instance, the cavalry is not coming. No replacements or repairs requiring spare parts technology will be implemented. Adding fuel to the fire lies in the fact that the power transformers presently take at least one year to replace. Today, there is a three year backlog on ordering because so many have been ordered by China. This makes one wonder what the Chinese are preparing for with these multiple orders for both transformers and generators. In short, our unpreparedness is a prescription for disaster. As a byproduct of my investigation, I have discovered that most, if not all, of the nuclear power plants are on known earthquake fault lines. All of California’s nuclear power plants are located on an earthquake fault line.

Can anyone tell me why would anyone in their right mind build a nuclear power plant on a fault line?

Can anyone tell me why any government official, in their right mind, would fail to harden our power grid against an EMP attack for a mere $2 billion dollars?

For those who think the Georgia Guidestones are prophetic warning of the depopulation intentions of the elite in which humanity is reduced to mere 500 million people from the current 7 billion, just gained a lot of traction for their “conspiratorial beliefs”.

In summary, I agree with Paul Singer in that this is the defining threat of our time and we are doing nothing about except to live in a state of denial and governmental inaction.

SNAG! Israel Fools Hamas Into Fleeing Inside Tunnel Network Then Bombs Them To Bits
May 14th, 2021 The Lid

Illinois: Cops Claim Ashes Of Dad’s Murdered Daughter Is Meth – Dump Them On The Ground (Video)
May 14th, 2021 Sons of Liberty Media