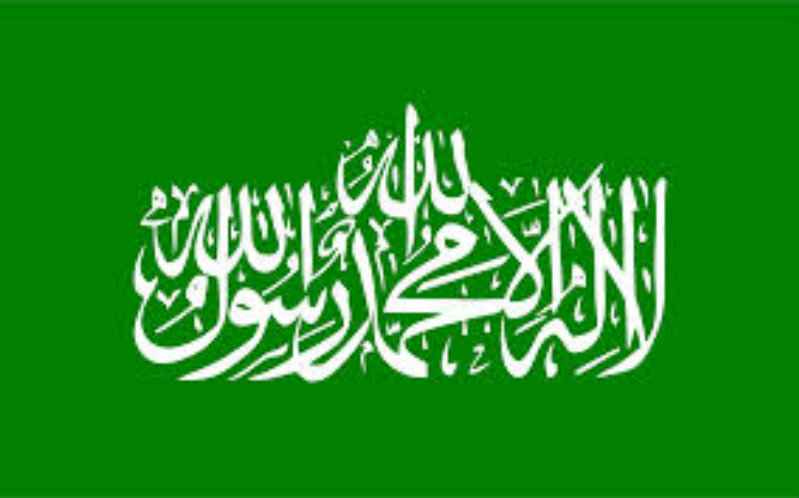 The Palestinian State is more fiction than real. Rather than a single state, it is split — geographically and politically — between the Fatah-ruled West Bank and the Hamas-ruled Gaza or Gaza Strip.

Hamas is designated as a terrorist organization by Israel and a number of Western and non-Western governments, including the United States, Canada, the European Union, Jordan, Egypt and Japan.

We are in the 4th week of a renewed war between Israel and the Hamas Palestinians in Gaza. Hamas has fired more than 500 rockets at Tel Aviv and other population centers in Israel. Those rockets terrorize Israelis but have inflicted few casualties due to Israel’s “Iron Dome” air-defense missile system that, according to the Israeli Army, intercepted and shot down 90% of the rockets.

Israel has retaliated in reaction to Hama’s rockets. In contrast to the ineffectiveness of Hamas’ rockets, Israeli air strikes against Gaza has exacted a death toll of more than 1,300 (vs. 53 on the Israeli side), including a 60-year-old Christian woman, according to Vatican Radio. (There are 310 Christian families living in Gaza.)

Palestinians constitute the overwhelming majority of those killed in Gaza. Among them, 80% are civilians, according to Caritas Jerusalem Director Fr. Raed Abusahliah. In addition to those killed, more than 7,000 people have been injured, thousands of homes have been completely destroyed, and more than 30,000 partially damaged.

A distraught Fr. Raed lamented that “in Gaza some 56 families were completely killed! 10 members of the same family – 18 people from the same family.  This means 56 (entire) families were completely destroyed – they don’t exist anymore! This is terrible and dramatic. They have to stop. I am describing the situation but to see the photos and hear these stories, it’s really beyond your imagination! It’s like in the Second World War which means whole(sale) destruction. They are targeting everybody: civilians, women, children and hospitals.”

In an article in The Atlantic (via Defense One), Jeffrey Goldberg offers a disturbing reason for why Hamas continues to bombard Israel at great cost to Palestinian lives. Goldberg observes:

There is no doubt that Hamas could protect Palestinian lives by ceasing its current campaign to end Israeli lives. The decision is Hamas’s. As the secretary-general of the United Nations, Ban Ki-moon, said earlier this week, “We face the risk of an all-out escalation in Israel and Gaza, with the threat of a ground offensive still palpable—and preventable only if Hamas stops rocket firing.”

But Hamas continues to fire its rockets at Israel, and in retaliation Israel continues to fire back, resulting Gaza’s massive casualties. That has prompted Mahmoud Abbas, the sometimes moderate, often ineffectual leader of the Palestinian Authority, to ask his rivals in Hamas a question that other bewildered people are also asking: “What are you trying to achieve by sending rockets?”

Golberg’s answer to Abbas’s question is:

Hamas is trying to get Israel to kill as many Palestinians as possible.

Dead Palestinians represent a crucial propaganda victory for the nihilists of Hamas. It is perverse, but true. It is also the best possible explanation for Hamas’s behavior, because Hamas has no other plausible strategic goal here.

The men who run Hamas, engineers and doctors and lawyers by training, are smart enough to understand that though they wish to bring about the annihilation of the Jewish state and to replace it with a Muslim Brotherhood state (Hamas is the Palestinian branch of the Brotherhood), they are in no position to do so. Hamas is a militarily weak group, mostly friendless, that is firing rockets at the civilians of a powerful neighboring state. […]

The men who run Hamas—the ones hiding in bunkers deep underground, the ones who send other people’s children to their deaths as suicide bombers—also understand that their current campaign will not bring the end of Israel’s legitimacy as a state. […]

In 2005, the Palestinians of Gaza, free from their Israeli occupiers, could have taken a lesson [of nation-building] from the Kurds—and from David Ben-Gurion, the principal Israeli state-builder—and created the necessary infrastructure for eventual freedom. Gaza is centrally located between two large economies, those of Israel and Egypt. Europe is just across the Mediterranean. Gaza could have easily attracted untold billions in economic aid.

The Israelis did not impose a blockade on Gaza right away. That came later, when it became clear that Palestinian groups were considering using their newly liberated territory as a launching pad for attacks. In the days after withdrawal, the Israelis encouraged Gaza’s development. A group of American Jewish donors paid $14 million for 3,000 greenhouses left behind by expelled Jewish settlers and donated them to the Palestinian Authority. The greenhouses were soon looted and destroyed, serving, until today, as a perfect metaphor for Gaza’s wasted opportunity.

If Gaza had, despite all the difficulties, despite all the handicaps imposed on it by Israel and Egypt, taken practical steps toward creating the nucleus of a state, I believe Israel would have soon moved to evacuate large sections of the West Bank as well. But what Hamas wants most is not a state in a part of Palestine. What it wants is the elimination of Israel. It will not achieve the latter, and it is actively thwarting the former.

In other words, Hamas is sacrificing Palestinian lives by the hundreds in order to score an imagined propaganda victory against Israel. In the face of such irrational hatred, what hope is there for a “diplomatic solution” to the intractable Israeli-Palestinian conflict?