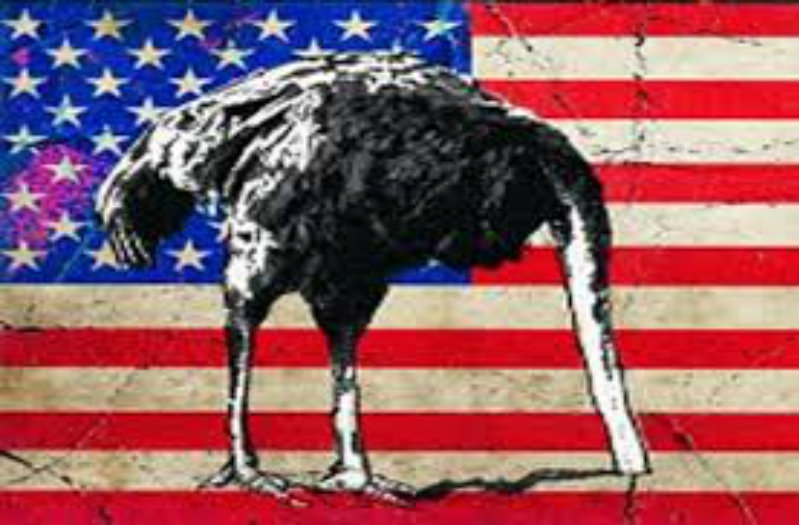 There was a time when America truly was synonymous with the tagline Land of the Free. However, that statement is becoming less and less truthful. Snowden revealed the lengths to which our country is going in order to monitor all our communications, and our government insists on continuing this Orwellian type of surveillance. Despite committee findings showing that not one single act of terrorism has been thwarted by these unconstitutional practices.Over the last several years we’ve also witnessed our police force becoming militarized to the point where they are using surplus military weapons and vehicles even in small towns where the worst recent crime was that time someone put sugar in their cornbread.So far this year I have sat in shock as I’ve read case after case of parents being arrested and convicted for actions so horrific as letting their child walk alone to the park.That’s right! Let your child walk alone, or accompanied by another child, in your neighborhood, and you too could be sitting next to some guy named Bubba behind bars. And naturally this is a wise choice because depriving children of one of their parents (which in my case would be ALL) is much better than leaving them with a parent who lets their 10-year-old child walk home alone after school.Or their 7-year-old walk to the park with a cell phone in his pocket.There was a time when common sense was de rigeur. Interestingly, in those supposed “third world” countries it often still reigns. In Thailand and similarly “uncivilized” countries, a 3-year-old might actually wield a sharp knife while helping her mother cut fruit.

Friggin savages!In Romania, when my 11-year-old child wanted to go down a zip line you know what he did? He paid the person the amount that was posted, was helped into a harness and helmet, and he went down the zip line. I didn’t have to sign any forms in triplicate.In most countries it’s basically assumed that I know what the hell I’m doing as a parent unless proven otherwise. One assumes if you’re letting your child go on a zip line that they can look at it and figure out the inherent risks.Clueless barbarians!My son and I have been traveling the world for over 3 years now. We will soon be returning to the US for what will probably be a brief visit. Something I would normally be excited about. But you know what? I am scared shitless.Yes, I’m afraid to return to the US. There was a time when having a rational conversation with a police offer was possible if not common. Now if you so much as ask a simple question for clarification you are in danger of being tasered or worse.The American love affair with violence has only gotten worse. We’ve lived in countries that for some reason terrify many of my fellow citizens. Want to know something, though? In Mexico, I can go into a cinema without fear of being shot because I asked someone to please stop talking during the movie.If I unintentionally cut someone off or take a parking spot they had their eye on, the worst I’ll get is a dirty look. Of course, once I apologize they’ll just wave me off and smile. I’m not worried they’ll jump out of their car and assault me like I am in the “civilized” US.When my son and I were discussing places we’d like to live, we both expressed concerns about the US. Why? Because we feel like we have more freedom outside the US. If my kid is walking down the street in our little town on Cozumel island and someone is concerned about him, know what they’ll do? They’ll help him. Not call the police on me.In Romania, my son was walking along the edge of a high wall. A security guard saw him and said something in Romanian. The look on his face was one of concern. When I told my son I thought the guard wanted him to get down, the guard turned to me and asked me in Romanian “Is he your son?” I said yes, and his whole manner changed. He was no longer concerned.Was it because walking along the wall suddenly became safer? Did a mat magically appear and follow along my child’s path? No. Once he knew a parent was there, he assumed, rightfully, my son was being taken care of. I know my child’s limits. Even though he sometimes freaks me out with his antics, I know that he is aware of his limits. When he is climbing something, if he feels insecure at all he will stop immediately.And when I simply can’t take it or am not willing to allow the level of risk he is undertaking, I’ll say something, and he knows it’s out of love and concern, not because I’m being overprotective. Even if he thinks I’m being a bit silly, he cooperates with my request.Are there crap parents out there? Duh. (Hello! I was able to adopt my son because his biological parents made crap choices.) But for the most part we know our kids, want them to be safe, and also want them to learn, to spread their wings, to enjoy life.Land of the free? The US is 5% of the world’s population, but it incarcerates more than 25% of world prisoners. We incarcerate more of our citizens than any other nation in the world. By a wide margin—more than draconian countries like China and Cuba.I think it’s awful that a country so wonderful can be so incredibly misguided. It saddens me that I feel less free in my native country than almost anywhere else in the world.Land of the free? Hardly. How about we bring back common sense? Otherwise, we’re right on track for turning Idiocracy into a prophetic vision.Talon Windwalker is an author and travel writer. You can find his work at 1dad1kid.com and TalonUnplugged.com where this article first appeared, of follow Talon on Twitter.