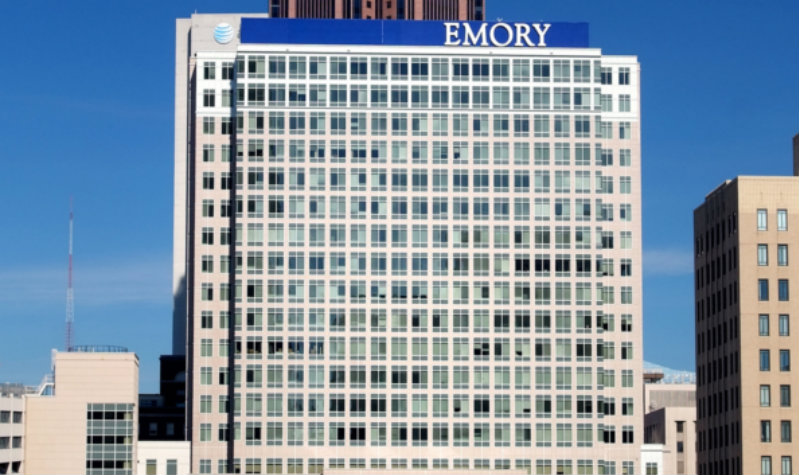 Atlanta’s CBS46 News is reporting that “within days” an Ebola patient will soon be transferred to Emory Hospital in Atlanta. No details were provided except to say that the patient is an American and a health care worker who was assisting in the treatment of the Ebola virus when they contracted it. (Editor’s Note: It is now being reported that there are two Americans, Dr. Kent Brantly and Nancy Writebol, being sent to Emory.)

We, as Americans may have the worst regular healthcare in the Western world. The United States has only the 51st longest lifespan (behind Cuba at 50th) due to the scourge of managed care and now Obamacare, however, the United States still has the best emergency critical care in the world. Our life-sustaining treatments following accidents or acute illness are beyond compare. Further, our expertise in treating and containment of potential pandemic viruses and diseases is also the best in the world. Therefore, when an American healthcare worker contracts Ebola in the treatment of the virus, this should be front page news on every radio station, TV station and newspaper in the country. This is the proverbial canary in the mine.

This CBS 46 minor press release should speak volumes about the gravity of the situation regarding the actual spread of Ebola. IF the best critical care system in the world cannot prevent one of its own from contracting Ebola, there is an obvious lack of knowledge on display with regard to the transmission of this deadly virus which kills 90% of its victims within days as the patient’s organs literally dissolve as the person bleeds out of every orifice before succumbing.

I am certainly not a doctor, but I talk to medical experts and the gravity of this previous statement, within a statement, cannot be overstated. When, not if, Ebola gains a firm foothold in the United States, where are people going to go for treatment? Ebola patients will be inundating their local healthcare facilities and will be treated by medical personnel who will have no idea how to contain the deadly virus. In Africa, containment procedures are not protecting healthcare workers. Soon, the same will be true in the United States.

It is an understatement to proclaim that the United States is utterly defenseless in the fight against Ebola. Further, our nation’s officials lack of action, that I would characterize as abject stupidity and ignorance, is going to prove responsible for hastening this pandemic within our country as Patient Zero, Patrick Sawyer, was responsible for exposing, according to the CDC, 30,000 people to the virus. My calculations based upon connecting flights, associated with Patient Zero, tell us that 10 times that number were exposed within six hours of this man boarding and deplaning. Containment was lost at this point. And our knowledge about transmission is woefully misunderstood as the CDC cannot even keep their own story straight.

Emory’s isolation unit is one of only four such units in the country, according to the hospital, which also said its staff are highly trained in the procedures necessary to care for the patient. I say, again, that Emory Hospital is only one of four hospitals in the country capable of treating Ebola.

CDC’s Proclamation of Ebola Transmission Is Inconsistent and Unreliable

The Centers for Disease Control (CDC) describes the transmission of Ebola in the following manner:

“When an  (Ebola) infection does occur in humans, there are several ways in which the virus can be transmitted to others. These include:

Along the same lines,  The World Health Organization (WHO) states that Ebola is introduced into the human population through close contact with the blood, secretions, organs or other bodily fluids of infected animals. In Africa, infection has been documented through the handling of infected chimpanzees, gorillas, fruit bats, monkeys, forest antelope and porcupines found ill or dead or in the rainforest. Ebola then spreads in the community through human-to-human transmission, with infection resulting from direct contact (through broken skin or mucous membranes) with the blood, secretions, organs or other bodily fluids of infected people, and indirect contact with environments contaminated with such fluids. Burial ceremonies in which mourners have direct contact with the body of the deceased person can also play a role in the transmission of Ebola. When one considers the last statement from WHO, it is quite clear that it is much easier to spread Ebola through casual contact than the public is being told about. If Ebola can be contracted at a funeral from a dead body, it can be spread on a door knob.

In the past 24 hours, there has been movement from the Centers for Disease Control as they are now on the record stating that Ebola poses little risk to the U.S. population, however,  the CDC has seemingly backtracked in the past 24 hours by publishing new guidelines for airline flight crews which includes the following for dealing with potential Ebola cases. These guidelines are listed below:

This is a tantamount admission by the federal government, via the CDC, that they know they cannot keep Ebola from spreading to the United States via air travel.  This is absolutely a “do-over” by the CDC which is slightly backing off its original position that Ebola is extremely difficult to transmit. However, with each America healthcare worker who is treating the virus contracts Ebola and dies, this point is accentuated that there is a lot about the transmission of Ebola that is yet to be understood.

With fewer than 700 cases of Ebola in what is admittedly the biggest outbreak in world history, it would be impossible for the CDC to have conducted the necessary epidemiological studies to establish rates and methods of transmission, because the experimental sample size is insufficient to be able to form cohesive conclusions and generalize to expected contraction rates by the public. We are indeed looking at research science that is befitting a Neanderthal society. In fact, these recent cases further illustrate that the federal government cannot protect you because they have no idea what they are dealing with.

After speaking to a number of doctors and nurses, it is apparent that America needs to dust off an old familiar term, “The Dirty Door Knob Syndrome”. For the past week, I have put my research skills to work and scoured the CDC website for explanations of highly contagious and deadly viruses from the traditional transmission of these conditions as understood by the CDC. Here is a small sample of what I have learned:

Again, from the CDC, an infected person may spread the viruses that cause hand, foot, and mouth disease through:

Please note the reference to contact with contaminated objects and surfaces.

If there was even the slightest doubt that Ebola had broken containment and the United States was at risk, air travel should have been suspended, public events should be canceled for three weeks (i.e. the incubation period for Ebola) and school should be suspended. One of Arizona’s most prominent physicians, Dr. Jane Orient, is advising people to avoid crowds.

How will Ebola make its presence known in the upcoming weeks and months? Are there any other venues besides air travel that America has to worry about with regard to the transmission of the virus?  This will be the point of discussion in the next part in this series and the revelations are even more dramatic than what you are reading here.