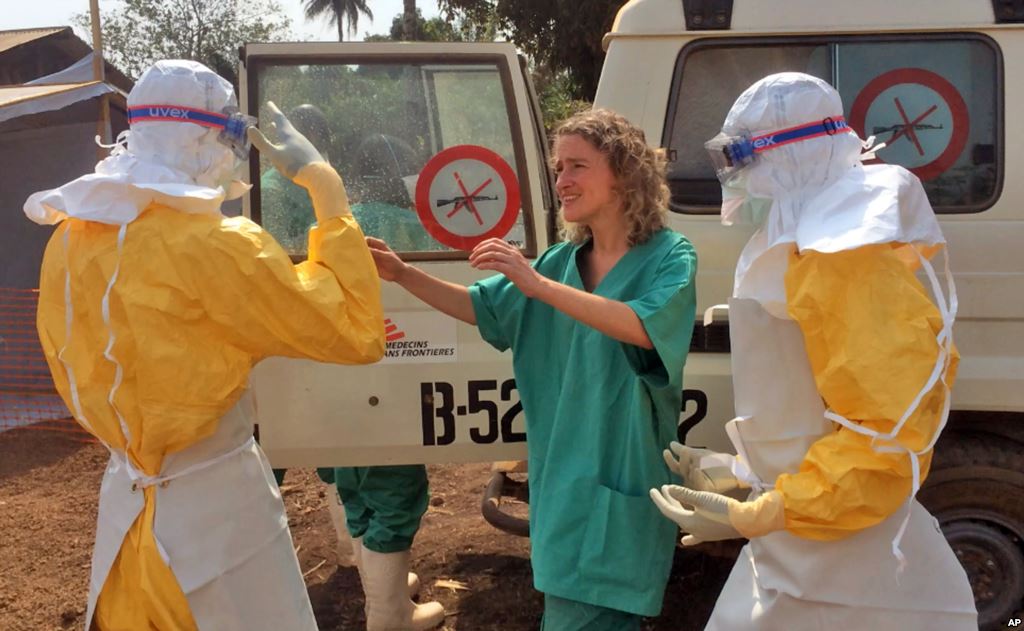 Something is different this time.  This is the worst Ebola outbreak in recorded history, and this particular strain appears to be spreading much more easily than others have.  So far, 1,323 people have been infected in the nations of Guinea, Liberia, Nigeria, and Sierra Leone.  Of those 1,323 victims, a whopping 729 of them have died.  But a number that is even more alarming was buried in the middle of a Reuters report on Friday.  According to Reuters, “more than 100 health workers” that have been fighting Ebola in Africa have contracted the virus themselves.  Considering the extraordinary measures that these health workers take to keep from getting the disease, that is quite chilling.  We are not just talking about one or two “accidents”.  We are talking about more than 100 of them getting sick.  If Ebola is spreading this easily among medical professionals in biohazard body suits that keep any air from touching the skin, what chance are the rest of us going to have if this virus gets out into the general population?

In case you are tempted to think that this could not be possible and that I am just exaggerating, here is the relevant part of the Reuters article that I was talking about…

More than 100 health workers have been infected by the viral disease, which has no known cure, including two American medics working for charity Samaritan’s Purse. More than half of those have died, among them Sierra Leone’s leading doctor in the fight against Ebola, Sheik Umar Khan, a national hero.

This has the potential to be the greatest health crisis of our lifetimes.

But don’t just take my word for it.  The following is what the head of the World Health Organization, Dr. Margaret Chan, just told the press about the disease…

“If the situation continues to deteriorate, the consequences can be catastrophic in terms of lost lives but also severe socio-economic disruption and a high risk of spread to other countries.”

Most of the people that get it end up dying.

And right now even our most extreme containment procedures are failing to keep health workers from contracting the disease.

I put the following quote in an article the other day, but I think that it is worth repeating.  The health professionals that are on the front lines of the Ebola fight in Africa are going to extraordinary lengths to keep from getting the virus…

To minimise the risk of infection they have to wear thick rubber boots that come up to their knees, an impermeable body suit, gloves, a face mask, a hood and goggles to ensure no air at all can touch their skin.

Dr Spencer, 27, and her colleagues lose up to five litres of sweat during a shift treating victims and have to spend two hours rehydrating afterwards.

They are only allowed to work for between four and six weeks in the field because the conditions are so gruelling.

At their camp they go through multiple decontaminations which includes spraying chlorine on their shoes.

But those precautions are not working.

More than 100 of them have already gotten sick.

Nobody seems to know.

A top Liberian health official has already stated that this outbreak is “above the control of the national government” and that it could easily develop into a “global pandemic”.

It is absolutely imperative that this disease be contained until experts can figure out why it seems to be spreading so much more easily than before.

But instead, health officials are beginning to ship Ebola patients all over the planet.

In fact, two American health workers that have contracted Ebola are being shipped to a hospital in Atlanta…

Two American medical missionaries diagnosed with the deadly Ebola virus in Liberia could be back in the USA next week for treatment at a special medical isolation unit at Atlanta’s Emory University Hospital, the U.S. State Department said Friday.

The State Department did not name the two individuals, saying only that the Centers for Disease Control and Prevention was facilitating their transfer on a non-commercial flight and would “maintain strict isolation upon arrival in the United States.”

One is to arrive Monday in a small jet outfitted with a special, portable tent designed for transporting patients with highly infectious diseases. The second is to arrive a few days later, said doctors at Atlanta’s Emory University Hospital, where they will be treated.

Could this potentially spread the virus to our shores?

I am sure that they are taking as many precautions as they can.

However, even if those patients do not spread the disease to this country, the reality of the matter is that it will always be just a plane ride away.  All it takes is for one person carrying the virus to get on one plane.

And if Ebola does start spreading in the United States, it could change life in this nation almost overnight.

We could very easily see forced quarantines and draconian restrictions on travel.  For much more on this, please see my previous article entitled “This Is What Could Happen If Ebola Comes To The United States“.

Please share this article with as many people as you can.  If more than 100 health workers fighting the virus have already contracted it, that means that it is already completely and totally out of control.  If this virus does start spreading globally, it has the potential to kill millions of people.  It could potentially be the greatest disaster that any of us have ever seen.

Let us hope and pray that it does not come to that.  But these latest developments are more than just a little bit alarming.