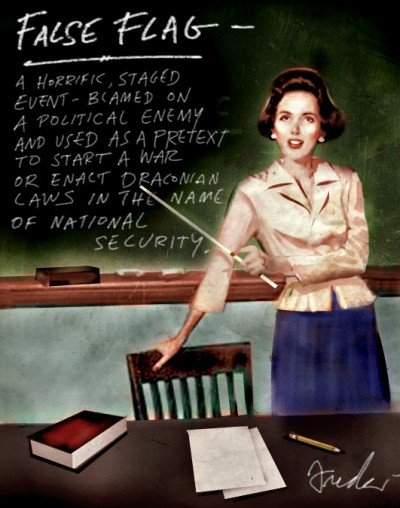 We live in uncertain times. The term “false flag” gets thrown around a lot these days, perhaps often enough to confuse casual observers into thinking that false flags never happen or are merely “conspiracy theories” (as if there just simply can’t be a theory that a conspiracy took place).

Nothing could be further from the truth.

All one has to do is look no further than a government document dated 13 March 1962 from the Joint Chiefs of Staff to then-Secretary of Defense Robert McNamara with the subject line “Justification for US Military Intervention in Cuba”.

An appendix and enclosure outlines the details. When you read these direct quotes, please do keep in mind they were conceived and penned by our government.

“This plan, incorporating projects selected from the attached suggestions, or from other sources, should be developed to focus all efforts on a specific ultimate objective which would provide adequate justification for US military intervention.”

A few lines down…

“The desired resultant execution of this plan would be to place the United States in the apparent position of suffering defensible grievances from a rash and irresponsible government of Cuba and to develop and international image of a Cuban threat to peace in the Western Hemisphere.”

What were some of the “attached suggestions” for the “plan”?

“Incidents to establish a credible attack… (1) start rumors (many). Use clandestine radio. (2) Lend friendly Cubans in uniform “over-the-fence” to stage attack on base. (3) Capture Cuban (friendly) saboteurs inside base. (4) Start riots near the base main gate (friendly Cubans). (5) Blow up ammunition inside the base; start fires. (6) Burn aircraft on air base (sabotage). (7) Lob mortar shells from outside of base into base. Some damage to installation. … (10) Sabotage ship in harbor; large fires – napthalene. (11) Sink ship near harbor entrance. Conduct funerals for mock-victims (may be in lieu of (10))…”

Starting to get the picture?

But it goes on:

“We could blow up a drone (unmanned) vessel anywhere in the Cuban waters.”

“’Cuban B-26′ or C-46 type aircraft could make cane-burning raids at night. Soviet Bloc incendiaries could be found. This could be coupled with ‘Cuban’ messages to the Communist underground in the Dominican Republic and ‘Cuban’ shipments of arms which would be found, or intercepted, on the beach.”

“It is possible to create an incident which will demonstrate convincingly that a Cuban aircraft has attacked and shot down a chartered civil airliner enroute from the United States to Jamaica, Guatemala, Panama or Venezuela. The destination would be chosen only to cause the flight plan route to cross Cuba.”

The suggestions even go so far as to discuss in detail how an attack on a U.S. air force plane could be entirely staged from start to finish and blamed on a country as a pretext for war with hardly anyone the wiser:

“One one such flight, a pre-briefed pilot would fly tail-end Charley at considerable interval between aircraft. While near the Cuban Island this pilot would broadcast that he had been jumped by MIGs and was going down. No other calls would be made. The pilot would then fly directly west at extremely low altitude and land at a secure base, an Eglin auxiliary. The aircraft would be met by the proper people, quickly stored and given a new tail number. The pilot who had performed this mission under an alias, would resume his proper identity and return to his normal place of business. The pilot and aircraft would then have disappeared.”

“At precisely the same time that the aircraft was presumably shot down a submarine or small surface craft would disburse F-101 parts, parachute, etc., at approximately 15 to 20 miles off the Cuban coast and depart. The pilots returning to Homestead would have a true story as far as they knew.”

They are talking about fake and staged plane crashes. Fake attacks. Even fake funerals.

And this is just ONE example of ONE operation on record from 50 years ago.

Documents like this one are the reason why so many people see the events happening today and instantly do not and can not trust the official story.

For that matter, why should anyone anywhere, American or not, believe the official story right now regarding what’s going on with Russia and Ukraine?

TIME Magazine even went so far as to publish its latest cover worldwide with the heading “Cold War II” and Putin walking across, leaving a commercial jet’s shadow in his wake instead of his own. 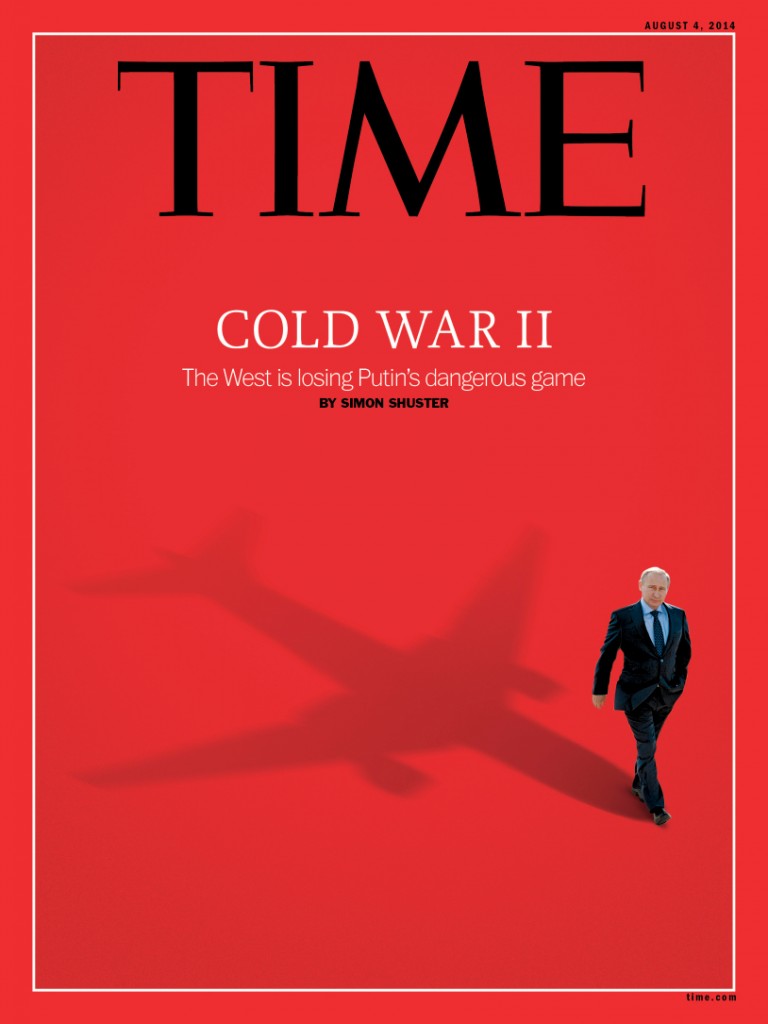 Anyone who sees that is obviously meant to think about how Russia is responsible for the shooting down of flight MH17 without question, even though as of yet, there is still no solid evidence (coming from somewhere other than a corrupt government with an obvious agenda) that Russia had any involvement in shooting down a commercial airliner over Ukraine last month.

But now it’s to the point that our Chairman for the Joint Chiefs of Staff happily sat in front of the Aspen Institute a week ago — with a straight face — and said that Russia’s current involvement in Ukraine is the first time a country has used military force within a sovereign nation to achieve political objectives since 1939.

The bottom line: why should anyone trust anything America and its official representatives say about why the U.S. gets involved in conflict matters in other countries that the U.S. should otherwise have no business getting involved in?

The next time someone parrots the official story about anything the U.S. government is doing on the modern global stage, feel free to print off the Operation Northwoods memo and hand them a copy.