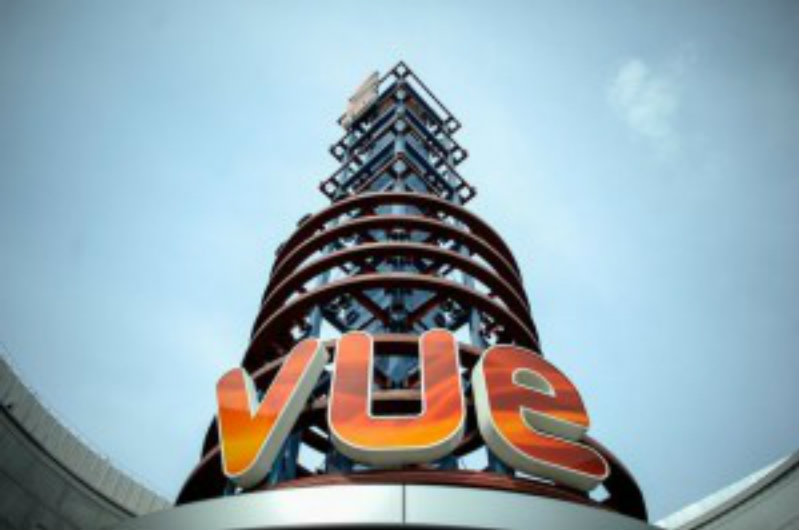 The islamization of the UK is now approaching dizzying speed. I cannot imagine that it will be recognizable in five to 10 years.

Good thing the UK banned Robert Spencer and me from the UK — we might want to go to the cinema, and that would surely not be “conducive to the public good”: Muslims might riot. It seems, though, that it’s no longer confined to those of us who oppose jihad ….

“UK: Families barred from cinema for not being Muslim,” Jihadwatch, July 31, 2014

This time the cinema apologized. Next time they won’t. Leon Jennings and everyone else in Britain better get used to this sort of thing, because it is going to keep happening. They better get used to their new overlords. And if they don’t like it, they can take it up with Tony Blair, Gordon Brown, David Cameron, Jacqui Smith, Jack Straw, Theresa May and their ilk.

“Vue apologises after families ‘barred from cinema for not being MUSLIM,’” by Patrick Mulchrone, Mirror, July 31, 2014:

Furious cinemagoers say were turned away from a busy Vue complex because they weren’t Muslim.

But as he tried to enter the Vue Cinema on the site, which includes dozens of bars and licenced restaurants, he said he was turned away by a burly security guard.

Asked why, shocked Leon says he was told by staff the films showing were only for couples and families celebrating the end of Islamic festival Eid.

Vue Cinemas have apologised and promised an investigation.

Movies available a the time in the 25-screen, 5,000 seat complex included included Inbetweeners 2, Guardians of the Galaxy, Dawn of the Planet of the Apes, Hercules, The Nut Job and How to train your Dragon 2.

Leon says he and and his two pals were forced to turn around and go home – because “they did not look like they celebrated Eid” and were left feeling embarrassed and discriminated against for being white.

The viewing consultant at a photography studio, from Sutton Coldfield, Birmingham, said: “I was going there with my pals to the cinema as it was Orange Wednesday and you get two for one.

“As we drove in the bloke on the gate said to us ‘not tonight guys, it’s couples and families only’.

“We thought he was joking and went and parked up. We tried to get into the cinema and the security guy stopped us from going in.

“He said we couldn’t go in because it was only couples and families celebrating Eid.”

“I tried to point out that there were loads of groups lads who were Asian being allowed in but that made no difference.

“He said to us we didn’t look like we were celebrating Eid. He was making assumptions about my religion and banning me based on my skin colour. ”

“It’s not like we are trouble makers, we are mature, all dressed respectably and just wanted to go see a film.

“It will just be seen as blatant racism. You have to admit that if it was done for Christmas there would be uproar.

“I also know about Eid. It is supposed to be a festival of togetherness and welcoming, no one should be turned away. The only thing this is going to cause is problems in the communities.”

A Facebook page set up to call for a boycott of Star City has already gained over 800 likes on the social network.

Other web-users reported similar experiences on Wednesday – which marked the end of Ramadan, where Muslims fast for a month.

Emma Noakes wrote on Facebook: “My friends family have just been refused entry at VUE cinema as they are not Muslim this is a shocking disgrace. If the shoe was on the other foot there would be uproar. Can you imagine banning all Muslims to star city because it’s Christmas.

“This was a lady and her 11 yr old son trying to watch a film in the school holidays. I for one will never use the facilities of star city again. Very disappointing and how they are allowed to get away with this is appalling.”

Zara Marie Smart wrote on Vue Cinema Star City’s Facebook page: “Got turned away from here today for ‘not being Muslim’ I kid you not! will never ever return here and will make everyone aware of the discrimination and humiliation we faced today!”

A spokesman for Vue cinemas apologised.

He said: “We sincerely apologise for any inconvenience caused to our guests who tried to gain access to our Birmingham Star City cinema.

“As a company we welcome customers from all religious and cultural backgrounds. We are investigating this directly with the Star City management team as a matter of urgency.”

Star City said they were not aware of any of incidents of people being turned away on ground of religion taking place.