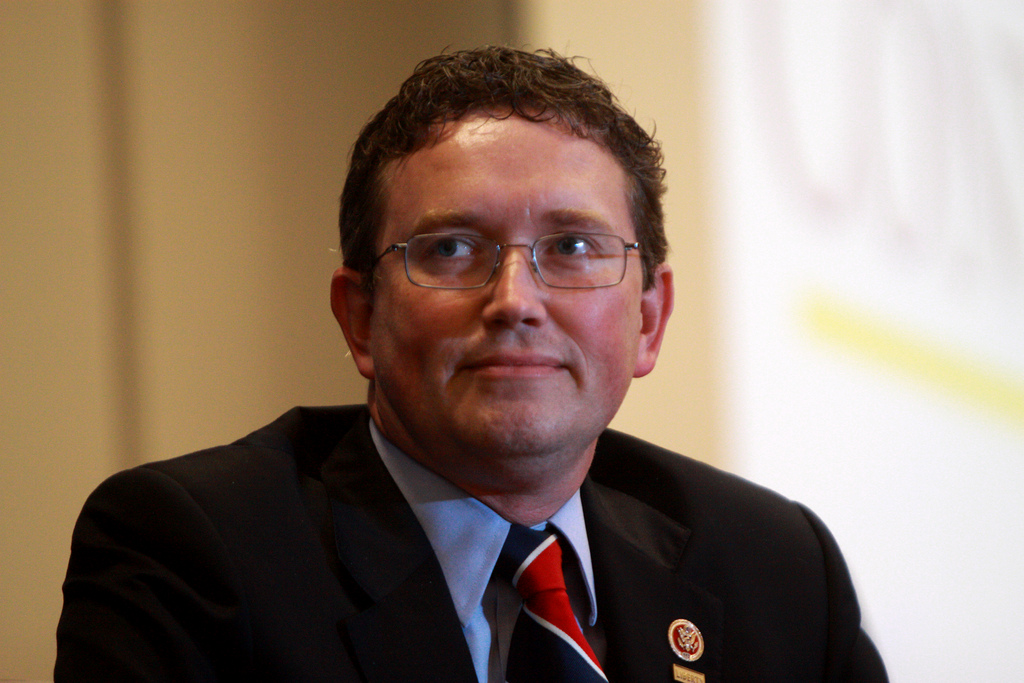 Kentucky Republican Congressman Thomas Massie said that U.S. citizens should have to right to read the 28 redacted pages from a report investigating the terrorist attacks on Sept. 11, 2001.

Appearing on The Glenn Beck Program, he said there will be “anger, frustration, and embarrassment when these 28 pages finally come out.”

Despite those negative emotions, Massie is fighting for the document’s release.

As reported previously, Massie, Walter Jones (R-NC) and Stephen F. Lynch (D-MA) are sponsoring a bill to unclassify those pages from the report entitled “Joint Inquiry into Intelligence Community Activities Before and After the Terrorist Attacks of September 11, 2001.” Without disclosing specifics, the report said investigators found “information suggesting specific sources of foreign support for some of the September 11 hijackers while they were in the United States.”

Massie has read those pages. To do so, he had to sit in a soundproof room and not take any notes.

“It is sort of shocking when you read it. As I read it, we all had our own experience. I had to stop every couple of pages and absorb and try to rearrange my understanding of history for the past 13 years and the years leading up to that. It challenges you to rethink everything,” he said at a press conference discussing the bill.

Massie encourages everyone in Congress to read those pages.

“Based on my reading of the documents, I am confident that making these 28 pages public would not damage our national security. I challenge all of my colleagues in Congress to read the 28 pages on behalf of their constituents and to cosponsor this bill. Understanding what enabled this tragedy to occur is fundamental to drafting a strategy for avoiding another tragic event,” said Massie.

Massie told Glenn Beck that “if we’re going to use 9/11 as a motivation to get involved in these civil wars in the Middle East,” the American public and the lawmakers in Washington “need to read these pages and understand what truly caused 9/11 and who our friends are and who our enemies are.”

During the bill’s press conference Lynch explained more about those page: “These aren’t pages that were simply redacted,” said Lynch. “These 28 pages were actually removed before the work was presented to the general public.” Lynch said that these pages would allow survivors to have better understanding of what happened on Sept. 11, 2001 when nearly 3,000 people were killed. Besides looking back in hindsight, Lynch said these pages provide a foreign policy understanding that has “an instructive value going forward,” he explained.

Jones added that knowing the truth is central to a strong nation: “I don’t think a nation like America will remain strong if we do not demand the truth. We need you to put pressure on your representatives back home to join in this effort for the truth.”

Yesterday I talked to Glenn Beck about the push to release 28 classified pages from an official 9/11 report. Before we…

A grassroots organization has launched a website with step on how you can get your U.S. Congressman involved. Check 28Pages.org here.

Author’s note:  The only positive response that I have received from South Carolina Congressmen so far is from Congressman Mark Sanford. I asked him if he was planning to read the 28 pages? He replied, “absolutely.”

That’s a positive first step in helping the 9/11 families get the justice they deserve. Please email me if your Congressman has committed to become a co-sponsor of H Res. 428.

Editor’s Note: For those of you who may have missed the story, there was an alleged CIA leak, concerning those 28 pages, late in 2013. Allegedly those 28 pages contain details of Saudi Arabia’s involvement as a state sponsor. But no one can be sure until we get official word. If you would like to read about the leak, we have two published stories which can be found here and here. -Dean Garrison, Editor