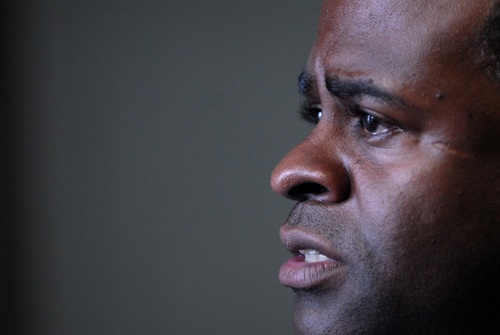 In its statement, Emory said its “physicians, nurses and staff are highly trained in the specific and unique protocols and procedures necessary to treat and care for this type of patient. For this specially trained staff, these procedures are practiced on a regular basis throughout the year so we are fully prepared for this type of situation.”

A spokeswoman for Atlanta Mayor Kasim Reed declined to answer questions about the matter. A spokeswoman for Emory University did not immediately respond to an e-mail seeking additional comment.

I hope you will understand that I have to go here. I am a truth seeker. No one really knows what happens at the annual Bilderberg meetings (other than those who attend). But this year there were a lot of questions as to why a lowly Mayor from Atlanta, Georgia was invited. After all, this is a gathering of global financial elite for the most part. Many believe that they gather to discuss what is going to happen in the world in the coming year to advance their globalist agenda.

I happen to believe that as well. The shroud of secrecy and lack of media reporting are two very good signs that something is definitely going on there. Much like the Bohemian Grove, no one reports much on the happenings at Bilderberg.

We know that well known and admitted globalists like Kissinger and Rockefeller are regular attendees. In 2013 it was even reported that Bill and Hillary made a surprise visit, though that can hardly be confirmed. There isn’t much that can be confirmed about Bilderberg, with all of the security and tinted windows.

So back to Kasim Reed. Why would he be invited to such a big globalist function?

In May we featured a story entitled “Is the Bilderberg group grooming a new messiah?” The article as written by Fellowship of the Minds’ author “Traildust” (obviously a pen name) and featured a report from WXIA’s Michael King. Here was Traildust’s summary:

Okay boys and girls! When you start seeing Kasim Reed on Oprah, the Tonight Show, The View, and similar venues, take note: Kasim is the only American invitee to the Bilderberg meeting who is not a spy, an industrialist, an academic, think tank member, or a banker. He’s also the only American on the list who is simply a politician. Hmmmmm… what might be going on? He was invited, but is he also about to be “anointed?” ~ TD

I find it simply ironic that Reed was invited to Bilderberg for seemingly inexplicable reasons and now we have an Ebola patient in Atlanta. To put it as bluntly as possible, Kasim Reed seems like way too small of a fish to be rubbing fins at Bilderberg.

I think it is a fair question and could certainly add to already existent doubts that this “Ebola treatment in America” thing is a “false flag” or simply a pre-planned event to advance an agenda.

Today I simply want to put this out there because it is a legitimate question.

Could it be coincidence?

…you must draw your own conclusions. I have proof of nothing and I will gladly admit that.

I print these stories on D.C. Clothesline because very few others have the guts or gumption to do so. It’s not that I have any answers, but I do have questions that millions of Americans share. I have been waiting a couple of days for someone to make this connection and no one seems to be doing it.

So I will do it. Call me crazy if you will. The bottom line is that I am not afraid to speak what a lot of people are already thinking.

I am simply asking a legitimate question.

Why was Mayor Kasim Reed in attendance at Bilderberg just 60 days before Ebola came to Atlanta?