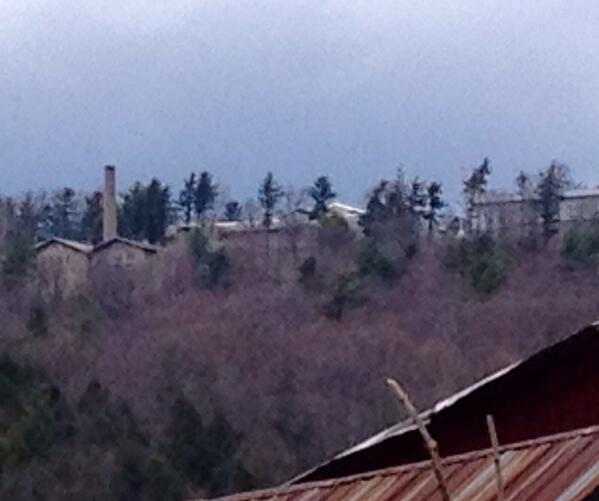 Mark Mulholland, a reporter from NewsChannel 13 and camera man Matt Soriano were threatened with arrest by a corrections lieutenant on Thursday, July 24, simply for having an empty prison inadvertently in the background of a report.

Mulholland was on the grounds working on a story about Grant’s Cottage, the site where President Ulysses S. Grant died, for the 129th anniversary of Grant’s death.  The cottage happens to be on the grounds of the now closed prison, which had already been empty for three months.

With prisoners vacated, the only people on the grounds were a movie crew and corrections staff. Why the super secrecy?

In Mulholland’s report we see Lieutenant Dorne speed over to them in his vehicle like he was shot out of a cannon and proceed to attempt to intimidate the unshaken reporter.

The camera man and reporter defiantly go to make their way back to Grant’s cottage when they are blocked by another lieutenant.  As they attempted to leave the area, state police pull them over and demand that they may not leave with any footage of the prison.

Mt McGregor prison from Rt 9 in Wilton. DOCCS won't allow pics of facility where there are 0 inmates, 76 employees. pic.twitter.com/y4dP8IXUPV

After an hour of phone calls Mulholland is eventually allowed to leave without handing anything over.

The Saturday after this outrageous abuse occurred a private security firm took over patrol of the vacant building.  Officials claim this is just part of the process and not related to the incident, according to the Saratogian.

Ken Tingley, current president of the New York State Associated Press Association had quite a bit to say about the event.

These confrontations between the media and public officials are happening more and more, and the public doesn’t know the half of it.

This absurd attack on the first amendment’s Freedom of Press was seemingly just a ridiculous power trip by these officers and it was very satisfying watching Mulholland know his rights and not back down.

Also, why are there so many correctional officers guarding an empty prison?