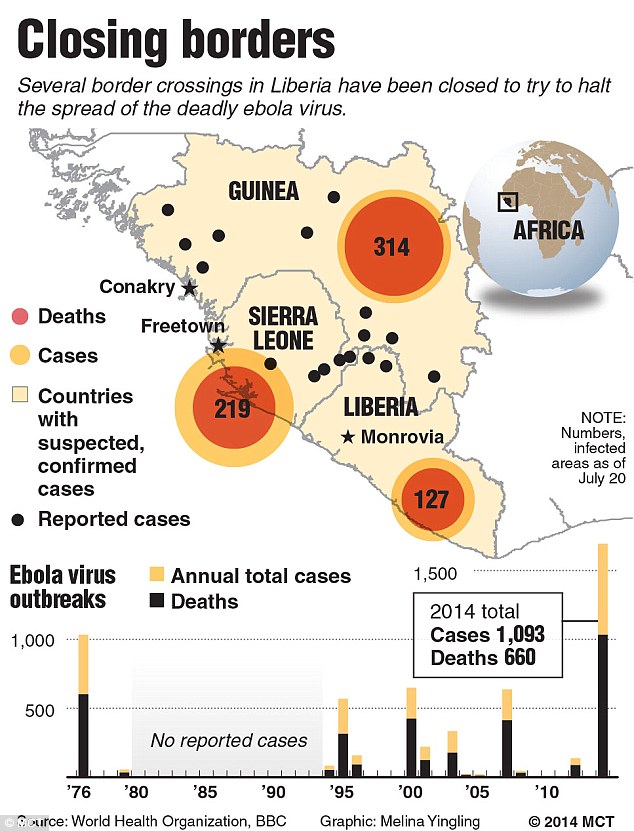 One of the most often asked questions that I am receiving today centers on how I know that West Africans are coming into the United States in significant numbers.  Although some people will not believe something is so unless they see it on CNN, I am unequivocally  stating that the arrival of Ebola through our southern border has already happened or is imminent.

What I have learned over the past three weeks about the path of Ebola into the United States is frightening and is not being discussed anywhere in the main stream media.

To those who have asked me about how we know that Ebola-exposed West Africans are coming into the country, this article will answer this question.

West Africans Are Coming Across Our Southern Border

While appearing on my talk show, Dr. Jane Orient, an internal medicine specialist and the Executive Director of the Association of American Physicians and Surgeons (AAPS), clearly stated that Border Patrol informants told her that as many 100,000 West Africans are in Central America, have been taught to speak Spanish and are coming across our Southern border. Dr. Orient further stated that Ebola screening practices had not been implemented at the border with immigrants that were being detained. Please note that the incubation period for Ebola is up to 21 days.

In Arizona, state officials learned that Obama had ordered ICE to deliver unscreened illegal immigrants to bus terminals in Phoenix and Tucson AFTER their arrival. The same was true in several border state communities and there was no evidence that ANY health screening had taken place.

Dr. Orient had also learned that the Border Patrol has taken to laundering their own clothing at their work site because of the risk to their families.

As an aside, Dr. Orient had also learned that Halliburton type of organizations were springing up to construct FEMA camp type detention facilities for people with serious illnesses (i.e. Ebola, drug resistant TB).  Later, I published proof of contracts being offered in 2011, to corporations such as KBR, to be able to construct such a camp in 72 hours.

A week after the Dr. Orient interview, I was traveling to San Diego for vacation and had a chance encounter with a Border Patrol agent in a convenience store in Yuma, AZ. I approached him, gave him my business card, promised not to use his name and proceeded to ask him questions about the border. In a short five minute conversation, he told me that Border Patrol officials are contracting drug resistant TB, Scabies and bacteriological pneumonia. When I told him of Dr. Orient’s claim that Border Patrol officials had told her that they were concerned over West Africans were crossing our border, he said he was indeed aware that West Africans were crossing our border but he did not know in what numbers.

Nearly 10 days later, the Border Patrol Agent contacted me at the number on my business card and this time he had a partner on the phone. Both agents confirmed that the number of West Africans crossing our border matched Dr. Orient’s revelation. Further, they confirmed the presence of UN and World Health Organization officials at the detention center that they were assigned to, after they were taken off of actual field duty and assigned clerical duties.

This is called double sourcing the information originally presented by Dr. Orient. But wait, there are more confirmations.

Adding fuel to this fire is a statement that comes from the chairman of the National Association of Former Border Patrol Officers (NAFBPO), Zack Taylor, who states that West African illegal immigrants are presently coming into the U.S. through Mexico. These West Africans have been apprehended in the Rio Grande Valley sector in the last few years. Some of these West African groups have been taught to speak Spanish in order to infiltrate into the United States posing as Central American immigrants. This speaks to planning and collusion that some of these groups were taught to speak Spanish so they will “blend in” with other illegal immigrant groups. This is another piece of evidence that the coming series of pandemics has some governmental agency fingerprints on this invasion. Smart money would say that the CIA is involved.

Confirmation From a DEA Source

Zack Taylor’s revelation is confirmed by one of my DEA sources, through the revelation of circumstantial evidence. My insider DEA source has confirmed that the Sinoloa and Los Zetas Mexican drug cartels receive their weapons and drugs in  Peru from a drug cartel known as the SANCHEZ-Peredes. This cartel has been around since 1976 and is protected by the Peruvian army. The SANCHEZ-Peredes have strong ties to Hamas and other terror organizations including the drug trafficking corridor coming out of West Africa. The West African drug operatives are often used as couriers for guns and drugs. The SANCHEZ-Peredes also use the West Africans to transport drugs into the United States. This latter fact clearly explains why the West Africans are being taught to speak Spanish. This is why I would submit that this is an Iran-Contra style affair being conducted by the CIA.

Solely based upon these revelations, I agree with Dr. Orient’s assertion that it is not just not a matter of if, but when Ebola comes across our Southern border with Mexico. The drug trade in West Africa is tied to Hamas, the Muslim Brotherhood, al-Qaeda and now probably ISIS. This is an ominous discovery because it now opens the possibility that Ebola could be purposely sent to the United States with West African drug couriers. An organization, such as Hamas, could arrange to have a number of West Africans to become exposed to the virus and then fast track them across the southern border under the guise of trafficking drugs.

In late June of this year, The London Guardian described the West Africans role in trafficking drugs into Europe and South America (i.e. SANCHEZ-Peredes cartel).Therefore, this pathway has been established in the media.

Amidst the cries of “conspiracy theorist”, I suppose we should never believe that Hamas or the Muslim Brotherhood would do such a thing. On the contrary, it is likely that this has already happened.

Revelations from Our Government

On Senator Dianne Feinstein’s Senatorial website contains the copy of a 113 page senate report entitled “Eight Steps to Counter the Drug Trade in West Africa“.  The report details how prevalent West African trafficking is both in terms of the United States but also into Europe, transporting drugs into both continents. The Senate report also discusses the terrorist connections between the West African drug trade and known terrorist organizations.

While the country remains fixated on the delivery of Ebola patients to Emory hospital in Atlanta, we are still ignoring the spread of Ebola through air travel as evidenced by the fact that our government is doing next to nothing. Further, when one considers the growing body of evidence which shows that drug couriers are coming from West Africa into the United States as part of the drug trade, how could people like Dr. Orient not conclude that it is not a matter of if, but when Ebola has a foothold on our country?

The government is fully aware of the threat whether they choose to make press releases to Wolf Blitzer or not!

Editor’s Update: As a point of reference, after this article was first published Breitbart.com revealed a leaked CBP document that gives statistics on illegals that have been entering from more than 75 countries including Ebola-stricken countries in Africa. Again, if it is not already here it is only a matter of time. Read more about the document obtained by Breitbart here. -Dean Garrison, Editor