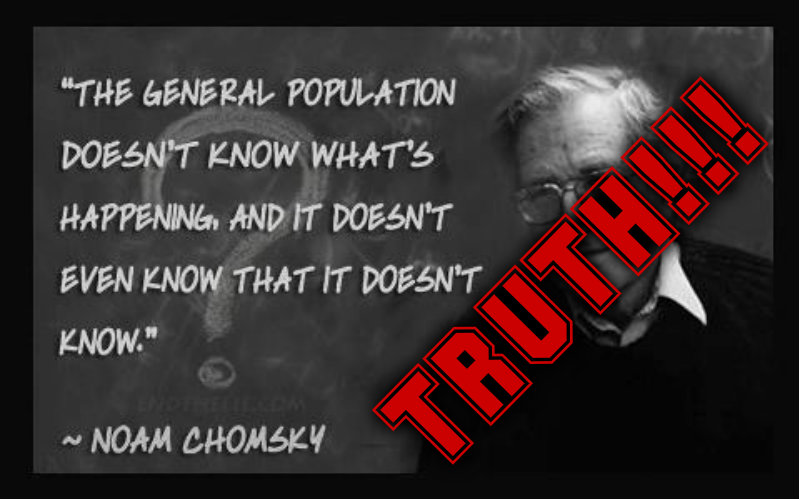 Each person spoke proudly of being “his own man” or “her own woman” and each was reminded of the unique value and original contribution he could make to society through intelligence, education, hard work and enterprise. The reality of these values still exists because the truth cannot change.

But individualism is no longer encouraged and the terms used to describe us have changed. Now, the pervasive terms refer to us not as individuals, but as members of groups. This is a perceptual shift toward a collectivist view. Groups are comprised of individuals who come together for a purpose, but that distinction is gradually, deliberately blurred. Collectives are masses, and masses are more easily controlled than groups of individuals. Individuals cannot be controlled at all, but must be negotiated with. Politicians would much rather control a mob than negotiate with millions of individuals. Thus, comes the deliberate change in perception, which leads to the change in reality.

In the minds of most politicians, we the people are one or another demographic collective, ostensibly for the purpose of getting votes, the lifeblood of elected politicians. This is more than simple manipulation, because the perception in politics often becomes the reality and that reality, once established, can be harsh. Stalin said that one death is a tragedy, while a million deaths are a statistic. He did not say a million deaths were a million tragedies, and that is significant. Stalin was not commenting ironically on the carnage of war. He was commenting philosophically on people as a mass, a herd, a collective. It was Stalin, one should remember, who collectivized farms in the Soviet Union and persecuted the Kulaks. Under Stalin 30,000,000 people died as a result of purges and deliberate mass starvation. These were not perceived as the deaths of individual people, but the death of masses, of collectives, a mere statistic.

Such things happen when in a society people lose their independence and individual identities and become masses, collectives and they happen more often than one imagines. Mao Tse Tung bragged about killing 100,000,000. By comparison with Stalin’s Soviet Union and Mao’s China, the mass deaths in Ruanda and elsewhere in Africa are statistically insignificant, but one look at the photos and films of the tortured men, women and children suffering there, reminds us instantly that statistics are not human beings.

In the US, we were told by Barack Obama that the day of rugged individualists is over and that we all need a leg up from the government. Like Stalin, Obama was not commenting ironically that Americans are a shadow of their former industrious selves, with independent strengths and inventive energy. He was commenting on a philosophic shift. In Obama’s mind and in the mind of Left-Liberal politicians, Americans are no longer considered, treated or celebrated as independent individual citizens, but as bits of voting blocs and other collective categories.

This shift is a deliberate effort by unscrupulous politicians to steal our individual identities and independence as individuals. Obama, you may remember, promised to “fundamentally transform America.” This is what he meant.

Now, we are discouraged from identifying ourselves as individuals. We are encouraged, threatened and bullied, into identifying ourselves as members of masses: Blacks, Asians, Hispanics, Women, Men, Gays, anti-unionists, Sarah-Palin-Loving right-wingers or Christians, who cling to our religion and guns. These categories are not meant to identify us, but categorize and collectivize us into controllable masses.

On the dual principle that the best lie is built on a speck of truth and that a lie, if repeated loudly enough and often enough, becomes the perceptible reality, even to ourselves, the distortion of our identity is relentless. But there are examples to remind us that we are not specs in a mass.

In the famous movie Guess Who’s Coming to Dinner, Sidney Poitier says to his father, “You think of yourself as a colored man. I think of myself as a man.” There is no clearer example than this. Poitier’s character was fiercely independent. He took his chances, not merely by falling in love with and marrying a white woman, but as an independent, individual thinker, willing to acknowledge, but unwilling to be intimidated by, the collectivism of racial prejudice. The lesson in this lies in recognizing the difference between the individual reality and the collective perception.

Terms such as “racist” and “right-winger” are collectivist terms intended to bully not describe. They are meant to get a reaction, not a reasoned response. In fact, they are so overused in such knee-jerk fashion that they disregard the actual racism individuals may feel or express. But accuracy does not matter to those who hurl the epithets wantonly, because to them the accusation is more important than truth. It is intended to intimidate, not describe. They are meant to silence and intimidate free expression. I’ve been “accused” of being Republican, right-wing and rich. I am a republican (small “r”) but neither right-wing nor rich, but such subtlety is lost on those with mob mentality, those who have collectivized themselves. I’ve also been accused of being “white” as though it were an insult.

These epithets are always hurled by someone who suspects me of holding certain attitudes, whether or not I actually express such attitudes. The accusers are so thoroughly self-collectivized and deluded that they are automatically angry at and afraid of anyone who may threaten the status quo. They are miserable people and can only save themselves by regaining their individuality as human beings.