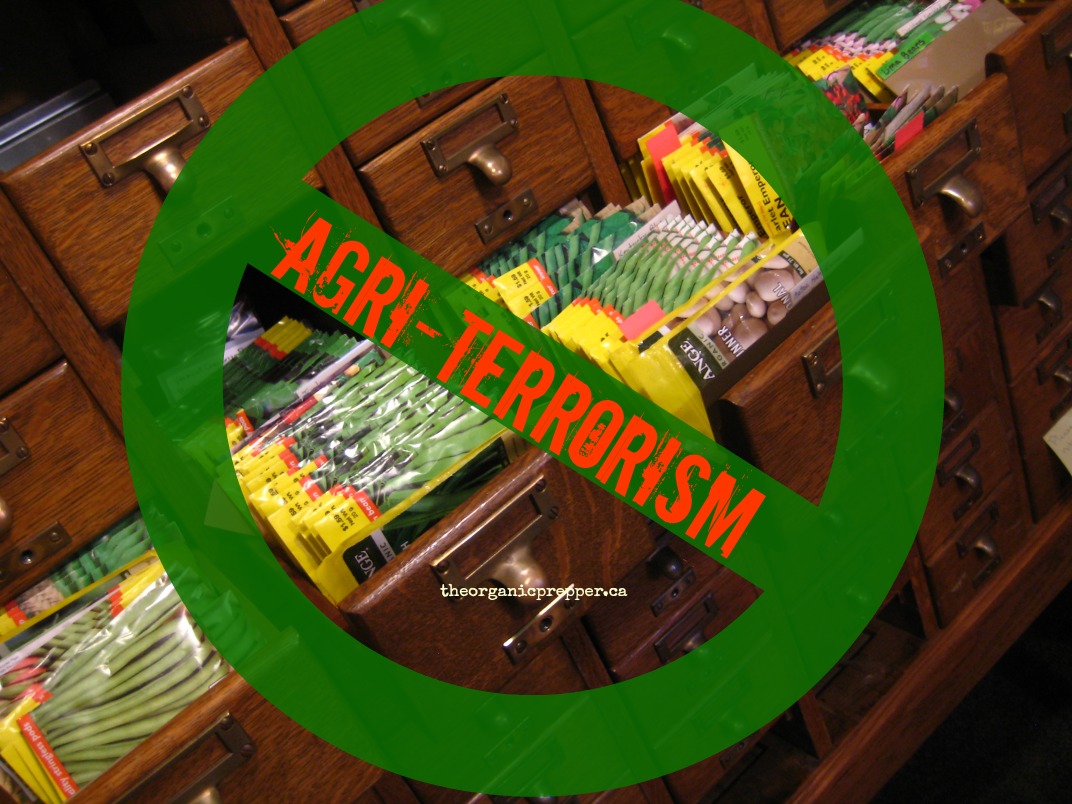 It looks like Michigan is not the only state with a Department of Agriculture that is adamant about the best interests of their citizens.  Residents in Pennsylvania can now breathe a little bit easier since an illegal enterprise has been shut down.

The Joseph T. Simpson Public Library in Mechanicsburg was participating in an activity that put the entire ecosystem of the state at risk.

In an astonishing act of hubris, they were running a seed library, right there amongst the books, in the very facility where small children go to have stories read to them.

I’m not making this up. A SEED LIBRARY.

If you aren’t sure what this is, it allows patrons to go in and get heirloom seeds, for free. The borrower plants the seeds, then at harvest time, saves seeds and returns them to the library.

Apparently this violates the “Seed Act of 2004.”  That’s right, there’s a Seed Act that makes this illegal.

Luckily for the Cumberland County Library System, the state D of A decided that SWAT was not necessary and instead sent a high-ranking official and a team of lawyers to shut down the seed library.

Jonelle Darr, the Executive Director of the CCLS, said that 60 residents had signed up to participate in the seed library.  She said that continuing the project isn’t possible, due to the rigorous requirements of the D of A.

Darr explained that the Seed Act primarily focuses on the selling of seeds — which the library was not doing — but there is also a concern about seeds that may be mislabeled (purposefully or accidentally), the growth of invasive plant species, cross-pollination and poisonous plants.

The department told the library it could not have the seed library unless its staff tested each seed packet for germination and other information. Darr said that was clearly not something staff could handle. (source)

Gosh, this makes me wonder when they are going to crack down on all of those GMO fields, with their grave concerns about cross-pollination. Look out, Monsanto…oh, wait.  This only applies to regular people growing vegetables. GMOs aren’t considered an invasive species. Sorry, I digress.

You see, no one is aware of the struggles of the Department of Agriculture. They only regulate you to help you.  They, like the EPA (remember the woodstoves?) and the BLM (remember those poor turtles in the Bundy Ranch stand-off?) are intent saving the environment. The D of A is on a mission to crack down on seed libraries because even if they don’t know it, libraries and patrons could be participating in…are you sitting down?  AGRI-TERRORISM.

Yep, that is what some folks call gardening these days.  The Pennsylvania Department of Agriculture is taking this threat very seriously, and has vowed to crack down on seed libraries across the state.  Some of the Cumberland County Commissioners felt that this might not be the best use of time by the D of A, but one, Barbara Cross, has a higher understanding. Cross grasps the danger of gardeners run amok.

Some of the commissioners questioned whether that was the best use of the department’s time and money, but commissioner Barbara Cross noted that such seed libraries on a large scale could very well pose a danger.

“Agri-terrorism is a very, very real scenario,” she said. “Protecting and maintaining the food sources of America is an overwhelming challenge … so you’ve got agri-tourism on one side and agri-terrorism on the other.”

Cross said it made sense that the department would want to tackle the issue now while the efforts were small. (source)

Apparently, at this point, as long as the seeds do not pass through the hands of the library, area residents can get together and exchange seeds amongst themselves.  So far, that’s still legal.

Hat tip to DR for posting the information on this!