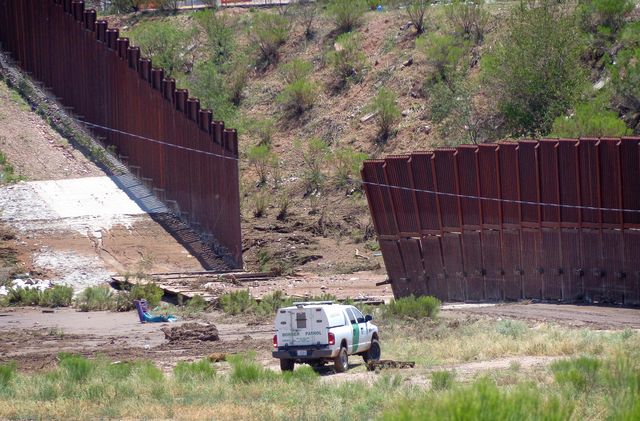 To listen to the mainstream narrative one might believe that nearly all of those entering through our Southern Border are desperate children from El Salvador, Honduras and Guatemala. This narrative is an obvious attempt to pull at the heart strings of good American people, who would not ever wish to turn away needy children.

But is there any real truth to the claims?

Breitbart is now reporting the existence of a leaked Customs and Border Protection (CBP) document that reveals immigrants entering (or trying to enter) America from over 75 different countries.

The report reveals the apprehension numbers ranging from 2010 through July 2014. It shows that most of the human smuggling from Syria and Albania into the U.S. comes through Central America. The report also indicates the routes individuals from North Africa and the Middle East take into the European Union, either to illegally migrate there or as a possible stop in their journey to the United States. The data are broken down further into the specific U.S. border sectors where the apprehensions and contact occurred.

Among the significant revelations are that individuals from nations currently suffering from the world’s largest Ebola outbreak have been caught attempting to sneak across the porous U.S. border into the interior of the United States. At least 71 individuals from the three nations affected by the current Ebola outbreak have either turned themselves in or been caught attempting to illegally enter the U.S. by U.S. authorities between January 2014 and July 2014.

(See the document and read the whole story at Breitbart.com)

This would seem to support the conclusions, of Dave Hodges and Dr. Jane Orient, that Ebola may have already entered this country even before it was flown into Atlanta. If it is not here, it will be. The scope of what will happen is clearly unknown but there is no way to keep the disease out when West Africans are clearly entering through our Southern Border. Even if they are turned away, how many people did they come in contact with in their journey? At some point an infected individual will cross if it has not happened already.

This is only a small part of the story. Do you remember Blaine Cooper? He is the Marine who stood up to John McCain and accused him of treason. He has also been making trips to the border and filmed three drug cartel members crossing the border. The video allegedly earned him a temporary suspension from Facebook.

In addition, it has been documented, as early as 2010, that Islamic terrorists use this border to come to America. With all of the recent talk of prospective terrorist attacks, this has to make one uneasy.

Governor Rick Perry revealed Sunday, on CNN’s State of the Union, that record numbers of illegal immigrants are pouring in from Pakistan, Afghanistan and Syria.

Does that alarm you?

America is being lied to.

The Southern Border is totally out of control and there are more risks entering this country than anyone in the mainstream media or federal government might care to reveal.

Rather than face the problem head on, our fearless leaders have gone on vacation for 5 weeks.

How many dangerous individuals might enter America in that amount of time?