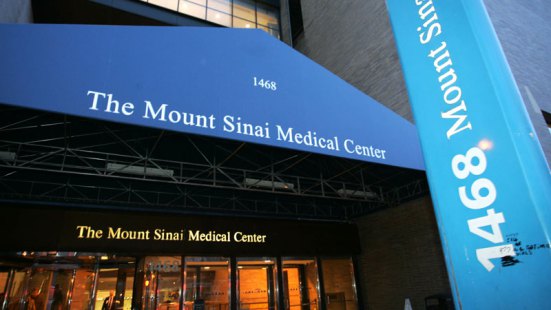 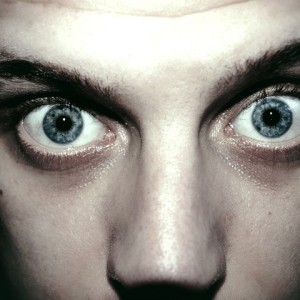 On Monday, we learned that a “possible Ebola patient” was being treated at Mount Sinai Hospital in New York City.  We are being told that this individual recently returned from a country in Africa where there have been confirmed cases of Ebola.  So that would narrow it down to Sierra Leone, Guinea, Liberia and Nigeria.  The patient is being described as a male “with high fever and gastrointestinal symptoms“.  The hospital says that “necessary steps are being taken to ensure the safety of all patients, visitors and staff“.  But could you imagine the panic that is going to be created if there actually is a confirmed case of Ebola in the heart of New York City?  There is nothing in the post-World War II era that would even be comparable.  Certainly 9/11 created fear for a short period of time, but a full-blown Ebola outbreak would create a panic that could potentially last for months or even years.

And this comes on the heels of another Ebola scare in the United Kingdom.  According to a British news source, a seriously ill 72-year-old woman “collapsed and died” after getting off a plane from Sierra Leone at Gatwick Airport…

Airport staff tonight told of their fears of an Ebola outbreak after a passenger from Sierra Leone collapsed and died as she got off a plane at Gatwick.

Workers said they were terrified the virus could spread globally through the busy international hubfrom the West African country which is in the grip of the deadly epidemic.

The woman, said to be 72, became ill on the gangway after she left a Gambia Bird jet with 128 passengers on board. She died in hospital on Saturday.

Officials tell us that the plane was rapidly quarantined and that they were tracking down anyone that had been in contact with that woman.

I don’t know about you, but all of this is starting to remind me of some of the really bad Hollywood disaster movies that I have seen.

In my article yesterday, I included the following chart which shows how this Ebola outbreak is beginning to grow at an exponential pace…

If Ebola does start spreading inside the United States, it would be incredibly disruptive to our way of life.

In areas where there were confirmed cases of Ebola, it is inevitable that schools would be shut down and large gatherings of people such as concerts and sporting events would be cancelled.  In addition, due to fear of catching the virus, foot traffic at grocery stores and shopping malls would drop off dramatically.  If the panic lasted for multiple months, our economy would essentially grind to a halt.  Most economic activity still involves face to face interaction, and if people are afraid that if they go out in public they might catch a disease that will kill them, it would create an economic disaster of unprecedented proportions.

And what happens if strict travel restrictions (to prevent the spread of the disease) or plain old fear cause massive interruptions in our transportation system?  Almost all economic activity involves moving something from one location to another, and if we are not able to move stuff around because of an Ebola pandemic, that would create nightmarish problems almost immediately.  For example, the following is an excerpt from a report released by the American Trucker Associations that I discussed in a previous article…

• Delivery of medical supplies to the affected area will cease.
• Hospitals will run out of basic supplies such as syringes and catheters within hours. Radiopharmaceuticals will deteriorate and become unusable.
• Service stations will begin to run out of fuel.
• Manufacturers using just-in-time manufacturing will develop component shortages.
• U.S. mail and other package delivery will cease.

• Food shortages will begin to develop.
• Automobile fuel availability and delivery will dwindle, leading to skyrocketing prices and long lines at the gas pumps.
• Without manufacturing components and trucks for product delivery,
assembly lines will shut down, putting thousands out of work.

Within two to three days

• Food shortages will escalate, especially in the face of hoarding and consumer panic.
• Supplies of essentials—such as bottled water, powdered milk, and
canned meat—at major retailers will disappear.
• ATMs will run out of cash and banks will be unable to process
transactions.
• Service stations will completely run out of fuel for autos and trucks.
• Garbage will start piling up in urban and suburban areas.
• Container ships will sit idle in ports and rail transport will be disrupted, eventually coming to a standstill.

• Automobile travel will cease due to the lack of fuel. Without autos and busses, many people will not be able to get to work, shop for groceries, or access medical care.
• Hospitals will begin to exhaust oxygen supplies.

• The nation’s clean water supply will begin to run dry.

• The nation will exhaust its clean water supply and water will be safe for drinking only after boiling. As a result gastrointestinal illnesses will increase, further taxing an already weakened health care system.

This timeline presents only the primary effects of a freeze on truck travel. Secondary effects must be considered as well, such as inability to maintain telecommunications service, reduced law enforcement, increased crime, increased illness and injury, higher death rates, and likely, civil unrest.

A major transportation disruption would not just result in an economic downturn.  Many Americans would start running out of food and basic supplies very rapidly.  Without the ability to constantly resupply at the grocery store, a lot of people would start giving in to panic in just a matter of days.

And needless to say, a full-blown Ebola outbreak would wreak havoc on our financial system.  The stock market would almost certainly collapse and we would witness a credit crunch that would be absolutely unprecedented.  Nobody would want to lend to anybody in the midst of an Ebola pandemic.  The flow of money through our system would come to a screeching halt, and we would be facing an economic nightmare that would make 2008 look like a Sunday picnic.

So let us hope and pray that this crisis goes away and that Ebola does not start spreading across the country.

Because if it does, it could potentially kill millions of people, destroy our economy and plunge this nation into utter madness.