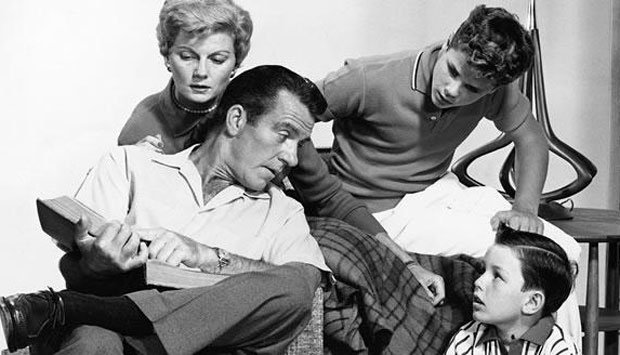 No Blueprint for Parenting

America’s southern border has disintegrated. Ebola has entered America. Russia and NATO are mobilizing in and around Ukraine in what could be the beginning of World War III. Our economy is one slight push from free fall. We have foreign troops, who have promised us harm, training on our soil. And all of this is the short list of challenges presented to inhabitants of America by the New World Order.  The biggest question is, WHAT DO I TELL MY SON ABOUT THE NEW WORLD ORDER? WHAT WILL YOU TELL YOUR CHILDREN ABOUT THE NEW WORLD ORDER?

When I became a parent, I mistakenly thought that I would raise my son just like my parents raised me. My parents instilled in me a fundamental respect for authority, how to honor the great traditions of our country and how to work hard to get what I wanted out of life. I grew up loving the ideals of our country, the freedom and the opportunity.  As a result, I have lived a good and prosperous life. I give thanks to my parents and to God everyday for my good fortune. However, I have learned that I was not fully prepared to be a parent because I do not know how to teach my 13 year old son to live in the evolving New World Order.

The America we knew is dead and gone and is running solely on momentum. Are any of you asking the same question that I am, about how we tell our teenage children that they live under a hopelessly corrupt government and they are making plans to fully enslave all of us under REX 84, FEMA Camps, NDAA, etc? Do we teach our children to never criticize the government because free speech has been criminalized as an act of terrorism? How do we provide our children hope that if they work hard and go to college, that they will have a good life? And even if our kids graduate from college, most won’t find jobs when they get out of school, and even if they do find work in their field, they will be debt slaves because of the cost of higher education. How do we encourage our children to learn the lessons of civics when we fully know that our vote, on a national level, does not make a darn bit of difference and that the Pelosi’s, Reid’s, Bush’s and Obama’s are bought and paid for? How do we teach our children that our brave men and women who serve in the military have been turned into pawns of corporate greed and subsequent imperialism? How do we prepare to raise our children in a decadent society which dishonors the Christian principles that our country was founded upon?

Feeling Inadequate As a Father

In my work as a writer and a broadcaster in the alternative media, I know all too well that the potential dangers that I face in my attempts to reveal the truth about the lawlessness and abject criminality of so many in power. Hastings and Breitbart remind all of us in the alternative media that we take significant risks to do what we do. I decided several years ago that I was willing to take the risk as are so many of my colleagues in the alternative media. However, I have discovered that I was unprepared to be a father to a child who is growing up in a time of unprecedented corporate and government criminality. Do you realize that our children are living under a government that has forsaken due process and tortures people that they disagree with, under the NDAA, and this is only what is openly admitted to! If we treated our children like the government treats us, we would all be put in jail for neglect and child abuse. How do I teach my son to develop a fundamental respect for many of our political and corporate leaders who have no moral compass?

The Questions a Parent Cannot Answer

My son is showing signs of asking questions befitting an adult perspective of our present political and economic situation.  I am not bashful about identifying the misdeeds of our government when I am writing or broadcasting. Also, I know that I have the intellectual capacity to explain to my son how bad things have become in terms he can understand. However, I have found that I am lacking the skill and knowledge to explain to my son just how bad things are without taking away his hope for the future.  Although I constantly say that I am fighting for our children’s future, I have kept my son as separate as I can from my work in the alternative media. It is not something that I have tried to share with him because I do not want him to become cynical. Yet, I know that there comes the day when all parents realize that we have to tell our children that there is no Santa Claus. I grew up in an America which was a republic interspersed with some corruption. Today’s America is a corporate criminal enterprise where there are no rules for the elite and the constitutional precepts underlying our laws are on life support. Subsequently, my 13 year old son is growing up in a far different America than I did and to hear him talk about his future hopes and fears reflects these fundamental changes that we have experienced as a country.

“I Do Not Want to Be In the Military”

I was telling my son about how his late grandfather joined the Navy at a very young age and made a successful career out of it. He stopped me and asked if I would be upset if he did not want to join the military.  At that moment, I realized that I had an important decision to make as a parent. Do I tell my son the truth about the facts related to his question, or do I take the approach we often do with our kids and gloss over the truth in order to protect him?

The theme song for my talk show starts out with the classic exchange between two great actors, Jack Nicholson and Tom Cruise in which they utter those now famous lines from A Few Good Men that “You can’t handle the truth.” True to the meaning of my theme song, I went for broke. I proceeded to tell my son that I did not want him to join the military. I also told him that our leaders think nothing of throwing away the lives of our brave young soldiers in Iraq and Afghanistan and that we never belonged in these countries to begin with. He now knows that I think that the primary reasons that we fight wars today is to make wealthy people wealthier and they don’t care how many have to die in order to get what they want. He further learned that it is almost impossible to be a Christian in the military today. Yes, you can pray on a rug if you are an American soldier, but you can’t be an open Christian as the “Don’t ask don’t tell” regulation has made it way from prohibiting the admission of one being a homosexual while serving in the military to now being used to ban the free admission that one is a Christian and openly practicing their faith. In my boldest statement, that some will judge too reckless, I told him, my 13 year old, that some of our troops are being forced to train to control the citizens of our country rather than preparing to fight our enemies. He’s not ready for the DHS/REX 84/Northcom lecture, but the underlying principles were communicated. It was crystal clear that he understood that I did not want him to be in the military. As they say, out of the mouth of babes, my son subsequently asked me what if they bring back the draft? Dad is speechless, but I vow they will never get my child to fight in their wars of occupation.

Obama Has Made It Easy To Choose Sides

Before I relate how I answered the question about bringing back the draft, please allow me to review to tenets of Executive Order 13603 in which Obama actually calls for two drafts, a military draft and a civilian draft. Both programs would be placed under the auspices of the Secretary of Labor. The military draft is easily understood. However, the Obama’s notion of a civilian draft is frighteningly Orwellian. Do you remember Obama’s campaign promise when he said “we cannot just rely on our military to meet our national security needs, we need a civilian security force, that is just as strong and just as well funded..”  We now know what Obama was referring to. Under EO 13603, the government can split up families. There are no age restrictions on the civilian labor draft and where you can be sent to perform the “government’s” work. A husband can be assigned to work in one location and the wife in another.  This would represent the ultimate Agenda 21 driven breakup of the family. And of course, our boys can still be marched off to war to kill and be killed by young men that they have nothing against with all of this being done in the name of corporate profits. I told my son that I would not let him be drafted and that we would leave the country if we had to. This was an epiphany for me. I grew up in a military family. My father was a decorated veteran. I believe in wars of self-defense and believe we have to all do our part in dire circumstances. However, we no longer fight wars of self-defense. We fight wars for economic dominance to increase the bottom line of Goldman Sachs, BP, Exxon, the Federal Reserve, et al. We have thrown away precious lives in these wars of occupation. I have put my foot down on this point and so should you.

What Will You Tell Your Children?

Children need to be worried about the piano lessons, their sports teams, their first crush, their schooling, and they do not need to be burdened with dealing with geopolitical issues stemming from the bankers trying to run this planet. Yet, our children’s lives are increasingly being dominated by this march towards economic and political totalitarianism.

If you are awake as to what is going on and you have children, you will one day be forced to answer the questions that your children ask about the world that they live in. And for the life of me, I do not know how to tell my child how to live in the New World Order. Do you?