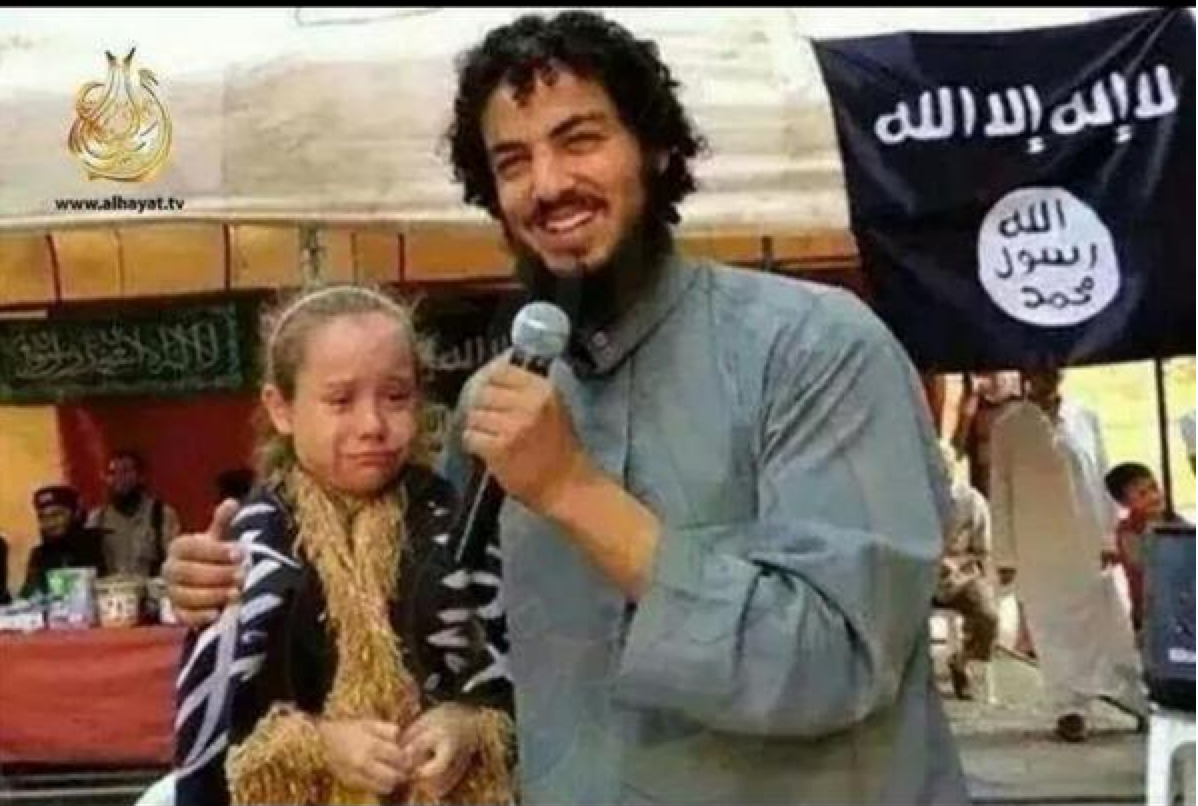 Muhammad, “the perfect model,” married his favorite wife Aisha when she was six years old. Under the sharia, this savage is well within his Islamic rights.

Few things are more abundantly attested in Islamic law than the permissibility of child marriage. Islamic tradition records that Muhammad’s favorite wife, Aisha, was six when Muhammad wedded her and nine when he consummated the marriage:

Girls as young as 9 years old are eligible to be married “if the signs of puberty are visible,” said the Chairman of the Council on Islamic Ideology, Maulana Muhammad Khan Shirani.

A kafir has no human value in Islam. They can be exploited for their skills, for sex, for slavery, for anything – or just be killed off. Muslims believe they have great rewards in heaven for killing kafirs.

The photo was published on twitter by a Muslim user (@Fadel_alHadidi) and profess to be an ISIS militant marrying a 7-year old kafir in occupied minority district of either Mosul or Syria (source and image is unconfirmed). When a forced conversion takes place, the victim is  first be forced to recite the Quran to make the pedo-marriage halal according to Sharia law.

Imagine if you were in the shoes of this poor little girl! Who can protect her? There is no one to protect her. On the contrary Qatar and Saudi Arabia has been feeding this beast for ages. Turkey and Kuwait has joined in Caliphate support while mosques all across the West collect donations for this monster to grow and expand.

Obama, UK and EU being their ally, is funding the spread of terror to corner small children like her to become rape victims to terrorists who have no age limit to their Islamic pedophilia. Your tax monies are being used for this evil. The West must BAN all trade, weapons sales, travels, visas, investment to and from Muslim countries to end this barbarism.