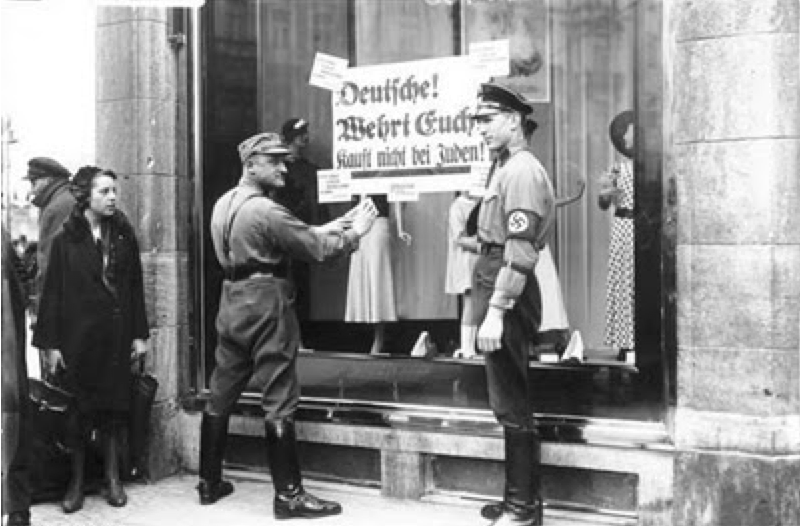 The UK is so desperate to appease Islamic jihadists and supremacists that it was inevitable that they would eagerly take up Jew-hatred. The idea that George Galloway holds any kind of office shows how far Britain has fallen.

George Galloway claims to have “declared Bradford an Israel-free zone”, saying that he wants the city to reject all Israeli goods, services, academics – and even tourists.

Reportedly speaking at a meeting of the Respect Party in Leeds at the weekend, Mr Galloway urged the people of that city “to do the same”.

The MP for Bradford West’s comments were captured on video and posted to YouTube, and have since been met with an angry backlash on Twitter.

According to the footage, which was posted on the Guido Fawkes blog, Mr Galloway told activists: “We have declared Bradford an Israel-free zone.”

“We don’t even want any Israeli tourists to come to Bradford, if any of them had thought of doing so.

“We reject this illegal, barbarous, savage state that calls itself Israel. And you have to do the same.”

On Twitter, user Paul Scott said Mr Galloway was “channeling Hitler here”. Another said he had “lost the plot”, and many joked that Israelis were unlikely to be “rushing to change their holiday plans”.

It is by no means the first time Mr Galloway has caused controversy with comments on Israel.

In October last year he was accused of “racism” after walking out of an Oxford University debate saying: “I don’t debate with Israelis.”

A spokesperson for Mr Galloway was not immediately available to comment.