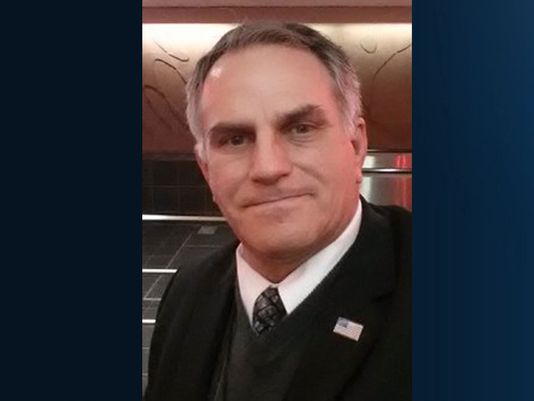 I suppose this is par for the course with those in the Department of Homeland (In)Security, especially after all of the crimes that have been committed against the America people by Homeland Security’s Transportation Security Administration. A 54-year-old employee of DHS is now under arrest in a Sacramento County Jail after he was busted in a sting that involved a Craigslist ad he placed in an attempt to engage in sex with a mother and her underage daughter.

George Hristovski, whose LinkedIn account reveals him to be an Inspector at the US Department of Homeland Security, was arrested by the Federal Bureau of Investigation. In court documents, Hristovski admitted to soliciting the mother and her 13-year-old daughter for sexually explicit pictures on several occasions.

FBI Special Agent Scott Schofield revealed in an affadavit that he posed as the 30-year-old woman with a 13-year-old daughter in responding to the ad on Craigslist.

According to News10, a woman that claimed to be Hristovski’s wife, states the charges are false. The News 10 report goes on to reveal:

Court documents state that an undercover investigator for the Placer County Sheriff’s Department found an ad in the Casual Encounters section of Craigslist from a man named “Greg” seeking sex with a “daughter or step-daughter.” The investigator responded to the ad and posed as a mom, “Heather” who had a 13-year-old daughter, “Megan.”

Over the course of several email exchanges, “Greg,” “Megan” and “Heather” exchanged desires to meet and engage in sexual intercourse. “Greg” sent multiple photos of himself to the investigator, who shared photos of a deputy and sheriff’s department employee who agreed to participate in the investigation.

After several exchanges between “Megan” and Greg,” the FBI obtained a search warrant for information from Craigslist and Yahoo, which was the host for an email account involved in the exchanges.

In July, documents provided to investigators from both companies revealed multiple email accounts connected to several Craigslist ads published by “Greg” as well as two IP addresses: one owned by Comcast and another owned by the Department of Homeland Security.

Apparently at one point in the email exchanges, Hristovski thought something was out of place and wrote, “I am trying to weed out cops, men pretending to be women and just want pics and stories,” according to the FBI.

According to records held by Craigslist and Yahoo, obtained through warrants, the same email that Hristovski used to engage the agent was used five times to post sexual ads between July and October 2009.

Though Hristovski denies that he ever intended to actually meet and engage in sexual acts with anyone and that the emails were an attempt at living out a fantasy, he was suspended indefinitely by TSA, and that federal agency is in the process of firing him.

“TSA holds its employees to the highest ethical standards and expects all TSA employees to conduct themselves with integrity and professionalism,” said spokesman Ross Feinstein. “These alleged crimes are egregious and intolerable.”

Well, I’m glad Homeland Security has taken these steps, but these are not really “alleged” crimes, are they? They are crimes admitted to by the accused.

This article originally appeared at Sons of Liberty Media.

Tim Brown is an author and Editor at FreedomOutpost.com and SonsofLibertyMedia.com, husband to his wife, father of 10, jack of all trades, Christian and lover of liberty. He resides in the U.S. occupied Great State of South Carolina. Tim is also an affiliate for the brand new Joshua Mark 5 AR/AK hybrid semi-automatic rifle. Follow Tim on Twitter.