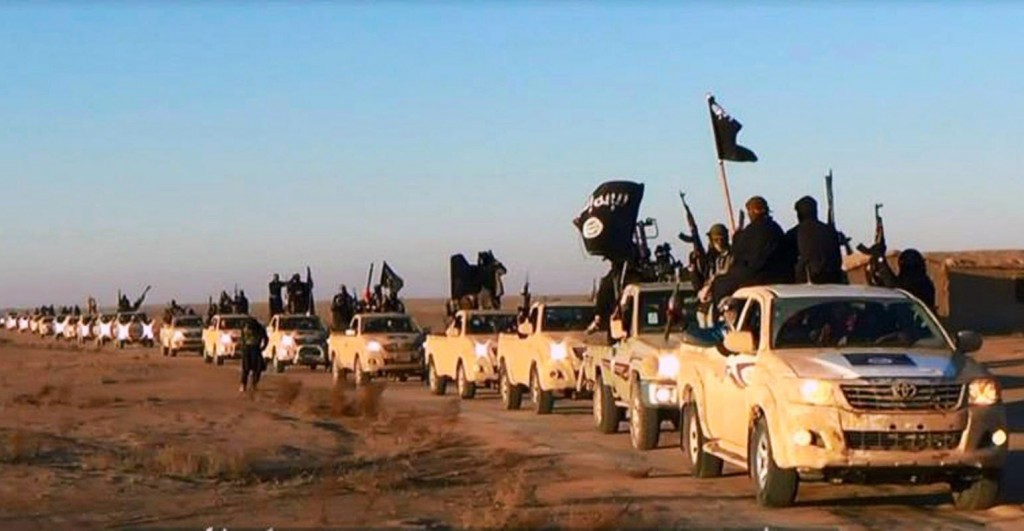 The Islamic State has warned the United States that it plans to attack America and raise “the flag of Allah in the White House.”

“I say to America that the Islamic caliphate has been established,” Abu Mosa, a spokesman for the terror group, also known as ISIS, told Vice Media in a video interview posted online  Thursday. “Don’t be cowards and attack us with drones. Instead send your soldiers, the ones we humiliated in Iraq. We will humiliate them everywhere, God willing, and we will raise the flag of Allah in the White House.”

Vice Media has produced a five-part series of videos using footage from reporter Medyan Dairieh, who spent three weeks embedded with ISIS fighters and gained unprecedented access to the terror group. In the first video, Dairieh heads to the Syrian city of Raqqa, where the brutal extremists are building a regime while also laying siege to a Syrian army base.

Here is the first video:

The ISIS threat to conquer the United States was issued before President Barack Obama announced Thursday that he planned to authorize “targeted” airstrikes against the hard-line Sunni jihadists to prevent the genocide of ethnic minorities in Iraq, including tens of thousands of fleeing Christians, as well as to protect U.S personnel in Irbil and Baghdad.

ISIS, which now calls itself the Islamic State, seized territory in both Iraq and Syria and declared an Islamic caliphate.

They have engaged in ruthless slaughter, and have targeted minority groups.

“I don’t see any attention from the rest of the world,” a member of the Yazidi minority in Iraq told the New Yorker. “In one day, they killed more than two thousand Yazidi in Sinjar, and the whole world says, ‘Save Gaza, save Gaza.’”

In Syria, the group hoisted some of its victims severed heads on poles. One of the latest videos of the savagery shows a Christian man forced to his knees, surrounded by masked militants, identified in the video as members of ISIS. They force the man at gunpoint to “convert” to Islam. Then, the group beheads him.

In a speech from the White House last night, Obama said that he was authorizing airstrikes to protect American interests in Iraq and drops of food and water for tens of thousands of refugees trapped by ISIS on a mountain in Iraq, reports NBC.