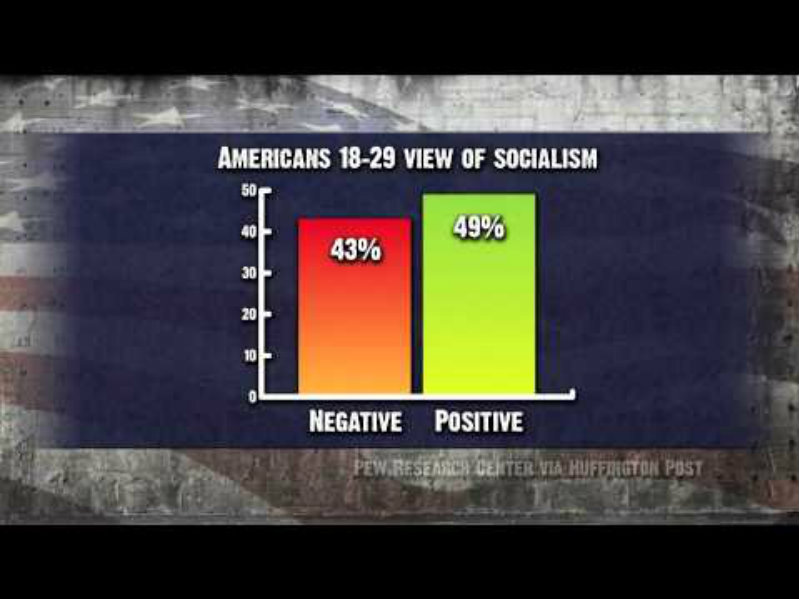 We overheard two young people discussing politics and why one should vote while we were on a trip in Salt Lake City, Utah. It seems the young lady is a constant voter, while the young man only votes when it is deemed important to him. She went on to inform him that if he did not vote at the local, state and all levels, using her words, “Those old people will decide what becomes of our lives.” That kind of rang badly for us since we are over 60. So, we had to inject our ideas to both of them. It did not take us long to figure out that no matter what we knew about life, we, as “old people,” just do not know what we are talking about and we should not control their lives.

This may well be the future of what we once knew as the United States. We have to move on to discuss all the problems that Obama, the Democrats, the Republicans and everybody that has voted in past elections seem to have forgotten, and that is that our nation is based upon the Constitution. It is not a “living” Constitution that can be as one of Obama’s advisors said, “nudged” into a new meaning. The Constitution was written not just as a guideline, but as a rock foundation, and if that foundation is cracked due to abuse, it will fall apart and crumble like a 10 day old piece of bread.

Obama, through his top advisor Valerie Jarrett, has other ideas and they are not about freedom. Have you wondered why Obama seems to be out of touch with all that is going on? Obama is secluded from reality by the likes of his top and closest advisor Valerie Jarrett and others! This lady comes from a family deeply rooted in Communism.

This article shows the Communist involvement of this lady who almost runs the White House keeping Obama in the dark about many things that as the President he should know of! But this is just one view of this lady that has a very deep control of Obama and his decisions! We show through links that she is from a Chicago family born into Communist ideology and has connections to Obama’s “Communist mentor, Frank Marshall Davis. But it does not end with her, we do have to go back to what she represents to Obama and what her deep roots are and that is displayed what we have previously presented, but it is also shown in her profile at Discover the Networks.

In the first part of the description of Valerie Jarrett it is clearly shown what her upbringing reveals about her true political association is and it has nothing to do with either Democrats or Republicans, but purely embedded in Communism. As an example:

Valerie Jarrett was born in November 1956 to American parents in Shiraz, Iran, where her father — a renowned physician — ran a children’s hospital. When Valerie was five, her family relocated to London for one year before settling in Chicago’s elite Hyde Park neighborhood in 1963.

Jarrett’s maternal grandfather was a Chicagoan named Robert Taylor, who in the 1940s was involved with such communist fronts as the American Peace Mobilization and the Chicago Civil Liberties Committee. Also a member of these groups was Frank Marshall Davis, the communist journalist who in the 1970s would mentor a young Barack Obama.

Jarrett’s mother (and Robert Taylor’s daughter) is early-childhood-education author Barbara Taylor Bowman, who co-founded a Chicago-based graduate school in child development known as the Erikson Institute, named after the psychoanalyst Erik Erikson; in 1950 Erikson became a hero to the left by choosing to resign from his professorship at the University of California rather than sign an anti-communist loyalty oath as the school required. Indicative of the Erikson Institute’s radical political orientation is the fact that its board of trustees has included, in addition to Bowman, such figures as Tom Ayers (father of the former Weather Underground terrorist and lifelong Marxist Bill Ayers) and Bernardine Dohrn (longtime wife of Bill Ayers). Bill Ayers, for his part, called Bowman “a neighbor and friend” in his 1997 book A Kind and Just Parent, noting that his neighbors also included Louis Farrakhan and “writer Barack Obama.

There can be no doubt as to what party line she has been brought up in and it is neither of the top parties of a free United States!

As for Obama’s Department of Justice, a misnomer for sure since the time that Obama has had his dear friend Eric Holder as the head, the only justice that seems to be served by Eric Holder is one of particular groups while allowing others to do as they please. If Eric Holder were to be true to his oath of office, those states that now have marijuana as a legal drug would be in court defending their violation of Federal law, but Holder is yet another part of the group wishing to destroy the United states and bring it down to 3rd world status; and they are doing a great job at it by allowing injustice while upholding only what they wish to uphold! Obama and Holder control what is not supposed to be controlled according to the Constitution, both the Executive Branch and the Justice Department are not supposed to be working hand in hand.

Today, Russia shows no concern or even respect for Obama. Putin laughs at Obama and in a recent article from Pravda it is clearly shown what Russia and Putin think of Obama. In an article about the Malaysian crash it is displayed that Putin says that Obama uses a “Russophobia” card like he does the “Race” card!

“President Vladimir Putin on Sunday expressed his views about the plane crash saying it would have never happened if Kiev had really created a cease fire. Poroshenko wants genocide in South East Ukraine. He plays the game of cease fire by bombing civilians when there is a truce and blaming the dead. Obama plays the Russophobia card like he does the race card successfully. Pragmatic President Putin calls for facts and a real investigation of the crash. They should also investigate the US motives and involvement in Ukraine.”

Putin is laughing at Obama while our nation is becoming a world wide laughing stock and Obama is the one to hold all the cards on this problem. The writer, Xavier Lerma, shows that Joe Biden’s son has direct connections to Ukraine so one has to wonder what is the connection between Obama and Biden in this affair?

“The US has colonized another city for its corporations. Kiev should be called Kiev,USA. Joe Biden’s Son Appointed to Ukraine’s Largest Gas Co.. Jackass Joe Biden’s son was conveniently appointed to the board of directors of Ukraine’s Largest Gas Co. Remember when Cheney was attacked by the media for his ties with Halliburton? Bad then but OK now. Bad for Russia to help in Ukraine but OK for US to interfere. It is simply US hypocrisy. Remember Miss “F the EU” Nuland? Chevron backed her in the Ukraine because they have business there. See the Chevron logo to her left in this video. Promoting democracy to get what they want thru war.”

Obama is deep into this and it seems that this writer for Pravda wishes to blame Obama and his administration about what is going on with the Malaysian crash and the Ukraine situation.

In closing, we have to question all Parties, Republicans, Democrats, and Independents for all these problems since none of them seem to be doing nothing at all to bring into question as to why the Justice Department and the Executive Branch seem to be working only on problems they wish to work on and not those which actually violate the law.

We, as a people, have to demand that our elected officials and those appointed by them do their job! It is up to “WE THE PEOPLE” to either sit back and allow our nation to be defeated from within or to take a stand and see if it is not too late to bring it back to what it was in 2008! It is our choice and if “WE THE PEOPLE” stay home and do not affect a serious change in November, we can be certain that all the things we love will fall under the government umbrella, and the first to fall will be our rights!