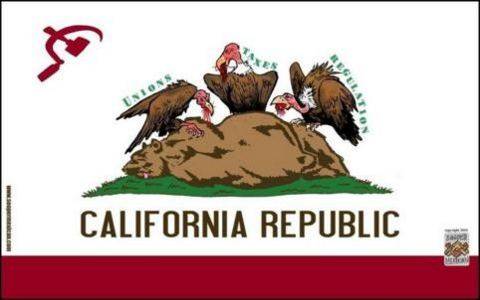 Has California lost its mind?

Over the last six years, California lawmakers, almost all of them Democrats, have seized the mantle of Hope and Change to enact some of the wackiest and most dangerous legislation in decades.

In a written statement condemning SBx3 18, the Republican Caucus wrote: “Among the inmates who could be eligible for early release under the Democrat plan include felons convicted of human trafficking, stalking, identity theft, violent child abuse, and threatening to use a weapon of mass destruction.”

SBx3 18 passed the California Senate by a 21-19 vote, with all 15 Senate Republicans voting against it, and all but 4 Democrats voting in favor. It was signed into law in October of 2009 by Governor Arnold Schwarzenegger. Already, at least four murders, including the stabbing death of a young mother on Hollywood Boulevard, have been attributed to the early release of prisoners through SBx3 18.

Democrat Mark R. Leno sponsored SB 48, the Requires Teaching Gay History Bill. SB 48 requires public schools and textbooks to portray homosexuality in a positive light, and issues a warning to “alternative and charter schools” to “take notice of the provisions in this bill.”

In other words, say goodbye to the heroic deeds of George Washington, Abraham Lincoln, and Frederick Douglas, and say hello to the sexual exploits and lifestyles of Oscar Wilde, Ellen Degeneres, and Chaz Bono.

Nowhere does this bill mention the enormous cost to taxpayers to rewrite and reprint all of the state’s textbooks and school materials, and who will receive that money. Nor does it mention the huge consulting fees, also at taxpayer expense, paid to “experts” within the homosexual, transgender, and cross-dressing communities in order to rewrite all those textbooks and school materials.

In 2010, Democrat Sandra R. Swanson sponsored AB 1756, the Food Stamps for Felons Bill. AB 1756 states that it will “provide that a person convicted of any drug felony shall be eligible for aid under the Food Stamp program…”

Democrat Christine Kehoe sponsored SB 1338, a bill that would allow nurses and other non-physicians to perform dangerous suction abortions, a procedure in which the fetus’s body is torn apart. Thankfully, SB 1338 failed on a 4-4 vote in the Senate Business, Professions and Economic Development Committee, but was resurrected as AB 154 by Democrat Toni Atkins.

As bad as all of the preceding California Senate and Assembly bills are, perhaps the worst one of all is AB 1266, Pupil Rights, sponsored by Democrat Tom Ammiano. AB 1266 states: “This bill would require that a pupil be permitted to participate in sex-segregated school programs; and activities, including athletic teams and competitions, and use facilities consistent with his or her gender identity, irrespective of the gender listed on the pupil’s records.”

In other words, boys and girls, grades K-12, sharing bathrooms and showers at the same time.

If you’re reading this and wondering how California Democrats can be so dumb, the answer is they’re not. Every move they make is calculated to advance a specific leftist agenda. Hollywood, the media, and big money are all on their side.

It’s fashionable today to claim there’s no difference between Republicans and Democrats, but as these bills demonstrate, the difference is huge.

California: take away the fruits and flakes, and all that’s left are the nuts.

Mike’s post first appeared at Fellowship of the Minds.