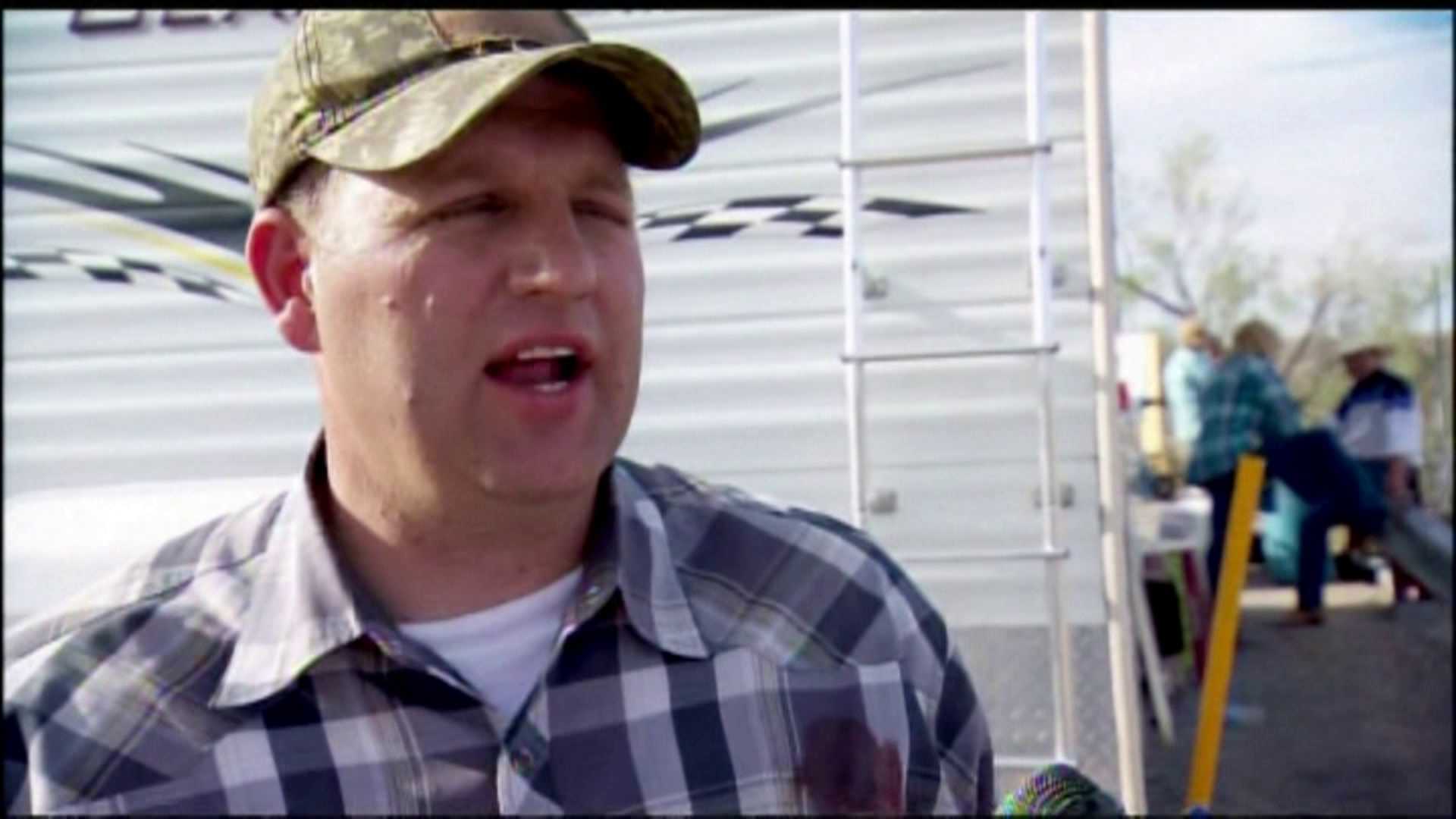 Ammon Bundy, the son of Cliven Bundy, wrote a powerful open letter to Sheriff Doug Gillespie. This is the spirit of America, calling out illegal actions and cowardice and pointing men back to the law.

In a recent press conference, you mentioned 1) the BLM lied to you and 2) Bundy brought armed men to the ranch for protection.

While I can’t speak to the validity of your first claim, we unequivocally take issue with the second. We never asked for armed men to come to our aid. In fact, everyone who arrived at the Bundy ranch (men, women, armed & unarmed) voluntarily came to support the constitutional rights that you failed to defend. Had you not neglected your duty to defend our rights, the rights of the very people for whom you swore a solemn oath to defend, there never would have been a standoff in the first place. (emphasis mine)

So while you chastise my family and pontificate about how “Bundy should be held accountable for crossing the line”, let it be known that the responsibility for this escalation rests primarily at the doorstep of the Clark County Sheriff’s office. (emphasis mine)

Please allow me a moment to remind you of some of the history leading up to that day:

Hundreds of militarized agents invaded our community and terrorized us.
They seized the land by gunpoint, claiming it as their own.
They not only threatened, but actually inflicted bodily harm on anyone who stepped onto the land. Remind you, this land was cared for, cultivated and improved upon by my family and the community for many generations.
A 57 year old cancer surviving woman was body slammed by a federal agent, for doing nothing more than exercising her first amendment rights.
As we sat in the sniper’s cross-hairs, federal agents shoved M-16 rifles into the faces of our wives who were holding our infant children.
Dave was, kicked, beaten, battered, loaded into a federal truck and taken to the BLM compound to become the BLM trophy. They paraded him around in the sun, cruelly ridiculing him for hours, tightly bound (without water). After they had their fun with him, they dump him out on the road and covered up any legal proof that they even took him.

These are just a few of the atrocities that were inflicted upon my family and the community – who was peacefully protesting. The only thing we pointed at those agents, were cameras to capture their atrocities for the world to see. In return, they released dogs on us, they tased us, they beat us and they abused us in order to intimidate us.

When our first amendment rights were stripped down to a 20’x50′ box, you did nothing. When armed men trampled my brother, beat him and nearly took his life, you refused to protect. When women, infants, and children were held captive at gunpoint by angry and violent men, our cries for help fell on deaf ears.

When men and women literally wounded and bleeding were in need of emergency assistance, because you allowed these heavy hands to afflict us, you then refused the emergency medical services to be dispatched for our care.(emphasis mine)

When we called, you said, “there wasn’t anything you could do”. You said, “this fight was between the Bundy’s and the BLM”. However, you commanded your deputies to stand by while their own families and community members were being inflicted upon and threatened with lethal weapons.

Sheriff, your response demonstrates that you have a fundamental misunderstanding of your place in our government. You have more authority and responsibility than any federal agency, and yet you cowardly forced the people to defend themselves. (emphasis mine)

In the end, your deputies did the right thing, but Sheriff, you should have never let it come to this. While the BLM was willing to shoot my family over land and power, we were willing to die for our families, our livelihoods and our constitutional rights. You should have been defending these rights for us. That’s what we elected you to do.

I offer warning to you and other government personnel that lead or follow your example. The people are in unrest because of these types of egregious actions. The purpose of government is to protect and uphold the unalienable rights of the people, not to infringe upon them. It is our duty and obligation to defend our God-given rights if our government representatives fail to do so, or tries to discard them. We as citizens desire to live in peace and tranquility, but will defend our freedoms if necessary, in order to do so. I call upon you Sheriff Gillespie, and all civil servants, to honorably effectuate the true purpose of government, to uphold the oaths and duties of your sworn offices-to truly be representative of the people, by the people and for the people. (emphasis mine)

I leave you with the wisdom of Thomas Jefferson:

“Rightful liberty is unobstructed action according to our will within limits drawn around us by the equal rights of others. I do not add ‘within the limits of the law’ because law is often but the tyrant’s will, and always so when it violates the rights of the individual.”

A special thank you to ALL the American patriots that stood in the face of tyranny, against oppression, and physical abuse. I salute all whom helped protect this family and took a stand for our constitution when Sheriff Doug Gillespie refused to do so. You have proven once again that it is not “law enforcement” nor “DHS” that protects this country, but it is and always will be WE THE PEOPLE.

God Bless the Bundy family for taking a stand, my prayers are with you. I do wonder if Sheriff Gillespie will respond, or if there will simply be a repeat of the Bundy Ranch stand off? Will the Sheriff remain silent once again? Only time will tell, but one thing is for sure Sheriff Gillespie takes “hear no evil, see no evil, speak no evil” to an entirely different level.