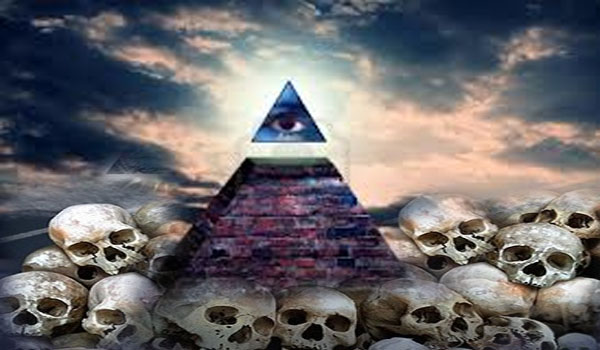 In my last article, I discussed the idea that much of what we are experiencing in this country can’t be considered a “conspiracy theory” anymore, because it is actually happening. We are literally watching the world burn around us, and every day there is another new, exciting development that only, in my mind anyways, reinforces the idea that it is all being done by design.

I discussed the fact that there are many individual incidents that, at first glance, appear to be isolated events, but in reality, are all a part of the “mother conspiracy,” if you will. What is this mother conspiracy you ask? Many people recognize it as the “Illuminati” or the “secret societies.” Others refer to the conspirators as the global elite, or even their more common name, The Bilderberg Group.

Still others, like myself, believe that these people are Communists who are carrying out the agenda of instilling a global communist government sought after by people like Vladimir Lenin and Antonio Gramsci. Well, for truth’s sake, all of these different designations are one and the same. They are working together to carry out their agenda of a one-world government through the United Nations.

Again, there are many different issues driving many different debates, but there is one in particular that deserves special attention because it’s the one that may seal the fate of mankind. This is the Global Warming debate (which is simply called “climate change” now).  I can’t think of any one issue that is debated with as much passion and controversy as man-made Global Warming. Many people are convinced that an alleged rash of extreme weather events is caused by man’s activities and use of fossil fuels, and because of this, they are being led to believe that governments must take drastic actions.

Being a global warming denier is now equated with being a “Nazi,” and in fact, one professor at a U.S. university has actually called for the imprisonment of those who deny the alleged science of global warming. It’s amazing how they can accuse us of being “Nazis” while threatening to imprison us for disagreeing with them.  There has been a tremendous push in education to convince young people that the United States and its capitalistic system is the primary cause of Global Warming. The best way to illustrate this is through the film, “The Story of Stuff.”

People are being conditioned to believe that the only way to save the planet is if mankind surrenders their individuality in favor of the collective, while allowing government to determine what is best for us. The proof for this is found in the words of U.N. climate chief, Christina Figueres, when she said “global communism is the only solution to global warming.”

Nope, there is no conspiracy here. They are telling us what they are going to do! Through the use of psychological propaganda, the left has convinced a great many people that we are indeed responsible for Global Warming and we need to pay higher taxes, give up our rights and allow government to run our lives in order to stop it. There is only one problem with all of this. It is all a hoax designed to carry out their main policy initiative: the human depopulation agenda, better known as Agenda 21. This is the number one issue driving the global warming debate because the left believes that there are far too many people on the planet and that humanity is just a “cancer” to the earth.

For those who may not be familiar with Agenda 21, let me summarize it by saying that it essentially involves every policy initiative that pushes the world towards total U.N. control. It involves everything from gun control to parental rights. The plan is to strip all individuals of their rights to private property, herd us into dense population centers and control us like cattle. They also intend to drastically reduce the human population from its current number of about seven billion to around 500,000,000, because they fear that human beings consume too much, and the population growth is too much for the planet to handle. For those who refuse to entertain that anyone could believe such a thing, let’s look at this quote from the “Initiative for the United Nations, Eco 92 Earth Charter.”

“The present vast over population, now far beyond the world carrying capacity cannot be answered by future reductions in the birth rate due to contraception, sterilization and abortion, but must be met in the present by the reduction in the numbers presently existing. This must be done by whatever means necessary.”

Do you need to read that again? According to that quote, which is part of an official U.N. document concerning the agenda to combat “global warming,” abortion and birth control were part of the human depopulation agenda. They have now determined that these methods are not effective enough and more drastic measures must be taken to bring human population levels down.  You can call me a “tin-foil-hat-wearing” conspiracy theorist if you wish; however, I think the fact that the U.S. has a patent on the current Ebola virus says it all. This all spells global depopulation.

I want to leave you with one more quote from a document entitled “The First Global Revolution.” It outlines the motivations behind the “green agenda” and allows you to see exactly what type of people with which we are dealing. They are earth-worshipping pagans who believe you are responsible for the death of the planet, and they are intent on following through with what they started.

“The common enemy of humanity is man. In searching for a new enemy to unite us we came up with the idea that pollution, the threat of global warming, water shortages, famine and the like would fit the bill. All these dangers are caused by human intervention, and it is only through changed attitudes and behavior that they can be overcome. The real enemy then is humanity itself.” The Club of  Rome

The writing has been on the wall for a while. People either can’t read it or they refuse to believe what they read. That’s exactly the type of ignorance that the global elite count on, making their job so much easier.