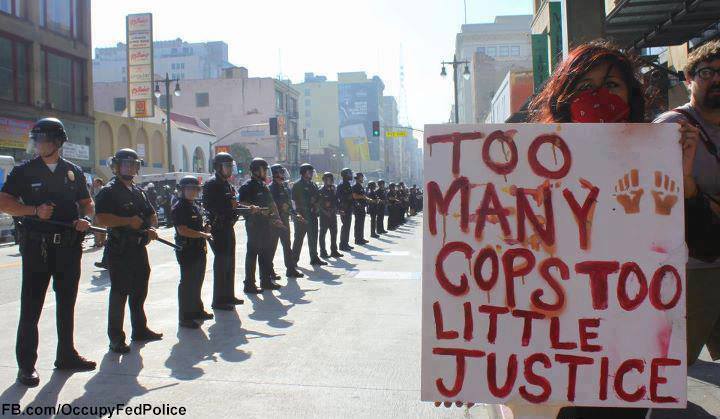 “There is an attitude on our streets today that it is acceptable to resist arrest. That attitude is a direct result of a lack of respect for law enforcement.” 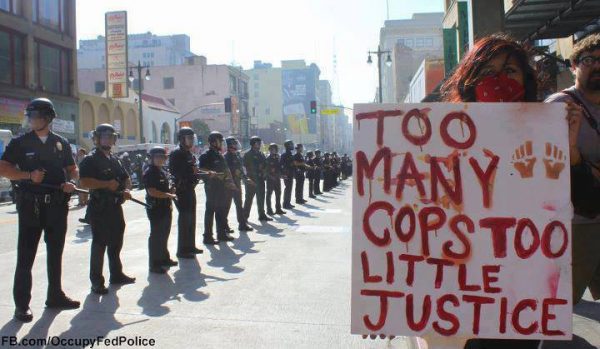 “We’ve heard a lot in the last number of weeks about what police officers can’t do, and what police officers shouldn’t do,” groused Patrick Lynch, designated spokesliar for the Patrolmen’s Benevolent Association, New York’s largest police union. “No one’s telling us what we are able to do, and what we should do, when we’re faced with a situation where the person being placed under arrest says, `I’m not going. I’m not being placed under arrest.’”

“What is it we should do?” continued Lynch, his voice colored by theatrical incredulity. “Walk away?”

If the would-be arrestee isn’t involved in an actual crime — that is, an act of aggression against another person — the only morally suitable answer is: Yes. The cop should shut up, go away, and refrain from molesting one of his betters. The experience might encourage him to find honest work.

“We don’t have that option,” Lynch insisted. “Nor would the public that called and complained about these crimes want us to. If they called, it’s important to them.”

In this fashion Lynch attempted to shift the blame for the killing of Eric Garner on merchants in the Staten Island neighborhood where the harmless man was killed through an act of criminal homicide by NYPD officers enforcing a demented “zero tolerance” policy regarding the sale of untaxed cigarettes. Lynch, who has spent his entire adult life as a member of the coercive caste, tried to depict Garner — a micro-entrepreneur — as a menace to the public, and a threat to commerce. Lynch appears to believe that the spectacle of police killing a harmless and unarmed man is less damaging to the local economy than allowing that man to sell loose cigarettes to willing customers.

Lynch resurrected the unproven claim that plainclothes officers had seen Garner commit an act of unsanctioned petty commerce, and that he resisted their efforts to abduct him on behalf of the state’s tax-consuming class. He carefully avoided mention of the fact that Garner, according to eyewitnesses, had broken up a fight while the officers, ever vigilant for economic “crimes,” refused to intervene.

“There is an attitude on our streets today that it is acceptable to resist arrest,” lamented Lynch. “That attitude is a direct result of a lack of respect for law enforcement.”

While it is the moral duty of every decent person to cultivate disrespect for law enforcement, that attitude is not to blame (if that’s the appropriate word) for the growing resistance to officially sanctioned abduction. That inclination is a direct reaction to the impudence, arrogance, and aggressiveness of police officers, their palpable contempt for the public they supposedly serve, their sense of tribal solidarity with officers who commit crimes against innocent people, and the institutional immunity they enjoy.

“The charge of resisting arrest is a very serious and dangerous one,” insisted Lynch. “The charge exists to encourage those being arrested to comply with the lawful orders of police officers so that those officers do not have to use necessary force to make that arrest.”

In other words: If you submit with proper docility to the commands issued by the slave patrol, they won’t have to beat or kill you.

Like most exponents of that view, Lynch assumes that any gust of verbal halitosis that escapes the wet hole at the bottom of a police officer’s face is a “lawful order.” For this reason he insists that resisting arrest “is a serious crime, and must be treated that way by all.”

In fact, resisting unlawful arrest — while considered an actual crime, and prosecuted as such — is an ancient, venerable, and indispensable right of free people. Under the still-valid Supreme Court precedent John Black Elk v. U.S. (1900), a citizen has a legally recognized right to use lethal force to prevent the consummation of an unlawful arrest.

Perhaps, somewhere in the reptilian recesses of what passes for Lynch’s mind, there is an awareness of that fact, and a rapidly coalescing fear of the prospect that the public will come to understand it, as well. This may be why he admonished PBA members to use “all the resources of the NYPD” when they are dealing with a member of the productive class who isn’t willing to endure the indignity and injury of a state-licensed abduction. In other words: Use any means necessary — including lethal force — to insure that resistance is futile.