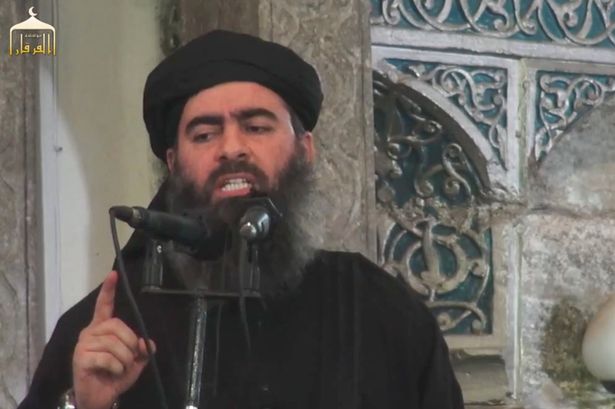 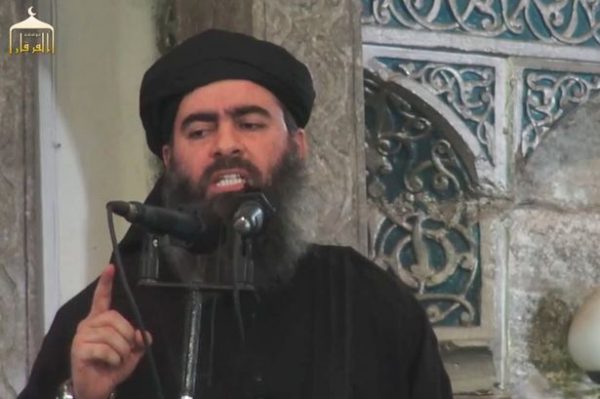 Is it possible that the leader of the Islamic State is a Jew who has been planted by Mossad (Israel’s version of our own CIA)?

Please take this story with a grain of salt because, though it is certainly possible, the alleged source certainly would have plenty to gain by making such a claim. The information supposedly comes from a leak in Iranian intelligence. Would Iranian intelligence have reason to smear both Israel and the Islamic State?

Of course they would. They are currently assisting Iraq in fighting the Islamic State (formerly ISIS) and this might be seen as a way to “kill two birds with one stone.” The Iranians are not big fans of Israel either.

Plan: Breakthrough military fortifications and security of the countries which constitute a threat to the security of Israel and the destruction of the invasion later in order to expand and establish a Greater Israel

Abu Bakr al-Baghdadi is the Caliph at the head of the militia who are named themselves EIIL (Islamic State in Iraq and the Levant) since renamed EI (Islamic State). In addition to the atrocities committed by these veritable armies of the devil, new information comes to bring more clarity to the situation.

Urgent and very serious: social networks important information from Iran was able to reveal the true identity of the head of the Islamic State (Daesh) rotate.

The so-called “Eliott” was recruited by Israel’s Mossad for one year during which he was trained in espionage and in the field to conduct a destructive strategy of Arab and Islamic societies.

This information was attributed to Edward Snowden and published by newspapers and other sites Web : the leader of the “Islamic State” Abu Bakr al-Baghdadi, has cooperated with the United States Secret Service, British and Israelis to create an organization capable of attracting terrorist extremists around the world in one place.

Another source corroborates this statement, the site Egy-press :

With photo support, an Iranian bomb media discovers the true identity of the Emir DAASH Zionist.

The plan: go in the military and civil heart of the countries that are declared as a threat to Israel in order to destroy them to facilitate later, the takeover of the Zionist state on the whole area of the Middle East in order to establish Greater Israel.

Page of a Yemeni website also relays the information:

Iranian media sources was able to detect and prove the identity of the head of the Islamic State (Daash).

The important issue is that the real name of Abu Bakr al-Baghdadi is “Simon Elliott” born of a father and Jewish mother.
Calif The supposedly “Eliot” was recruited into the Israeli Mossad in a year in which he fought and monitoring of numerous military exercises and spent a lot of tests on the same field in order to conduct a devastating effect on the lives and the Arab and Islamic thought.

Snowden leaks have confirmed its role as a secret agent published by many newspapers and websites Web . The leader of the “Islamic State of Iraq and the Levant”, Abu Bakr al-Baghdadi, was in cooperation with the CIA and British intelligence services in order to create a terrorist organization that attracts extremists world to coordinate in one place.

At risk of giving fuel to all of those who claim that Israel is trying to take over the world, I decided to print this information. The opinion of this author is pretty simple. I trust the Israeli government about as much as I trust my own American government.

Could I believe that they might try to plant a leader who would be an “inside man” to protect their interests? Without a doubt. As long as all hell breaks loose in Iraq, it certainly keeps the Islamic State out of Israel.

The CIA has been accused of planting insiders many times and I would suspect that the same is possible with Mossad.

That does not make the story true. However, there is one thing that bothers me and is ultimately the reason I decided to print this as “a possibility.”

In mid-July there were numerous reports that the Islamic State was withholding immediate support for Hamas and telling them they had to attack America before they could attack Israel. At the time it did not make sense to me but if al-Baghdadi were in fact an Israeli plant it might clarify things a bit.

The new leader of the Islamic State, Abu Bakr al-Baghdadi (or as the Common Constitutionalist refers to him, “Bag Daddy”), has not yet given his support to Hamas, the group that has terrorist ties to the Council on American-Islamic Relations. Many are asking why he is not supporting Hamas’ efforts to fight against Israel. According to an Islamic State spokesman, it’s because they have their eyes on attacking America first.

I look at what foreign media sources are saying simply because I have zero trust in our own state-controlled media. Is al-Baghdadi an Israeli plant?

I don’t know but it certainly would not surprise me.

My belief is that there are normally subplots which are unseen by the public.

You have to look no further than your own back yard to see how that can happen.

The Islamic State militants are animals, there is no doubt. But please don’t forget that your very own government armed and trained them. Also, don’t forget that a former Al Qaeda operative has laid claims that the CIA runs ISIS. To think that Israel might have infiltrated their ranks is not a stretch in light of what we already know or suspect.

A single report in the Egyptian media means nothing but I am a firm believer in always searching for the truth. Things are rarely as cut and dry as they would seem.