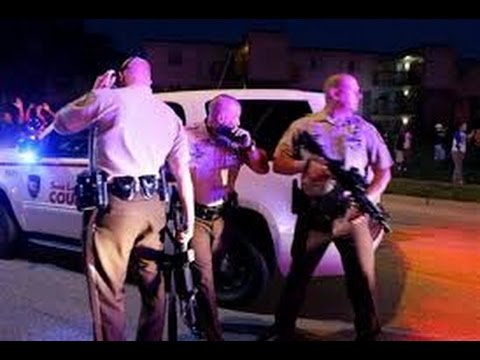 Stores looted and burned after shooting of unarmed teen

Rumors that the National Guard had been called to deal with rioting in Ferguson, Missouri proved false but many clamored for a more serious response as crowds looted stores and engaged in stand offs with police after the fatal shooting of an unarmed teenager on Saturday night.