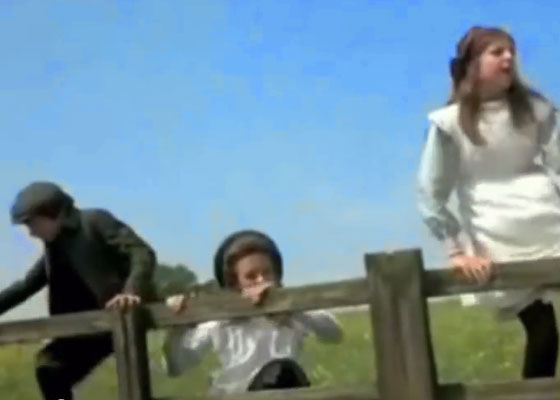 Chemtrails have been popping up all over TV shows, movies and commercials for a while now. Even video games and cartoons are adding these trails to what would otherwise be clear blue skies — why do that if not for propaganda purposes to normalize everyone to what’s going on in the skies above our heads?

Well now it appears chemtrails are actually being added to digitally remastered film footage decades after the fact.

Why do you think that is?

I’m asking because I just watched this video:

Apparently this movie “The Railway Children” was released in 1970. When footage of it was reused in the commercial above in 2005, whoever used it decided to go ahead and add a trail in a small corner of the sky over the children.

Sure, it’s very subtle…but again, name one justifiable reason why they would do that — go to the extra effort to add a trail to mar an otherwise pretty, clear blue sky in a film where no trails were in the sky to begin with — if not for propaganda/normalization purposes?