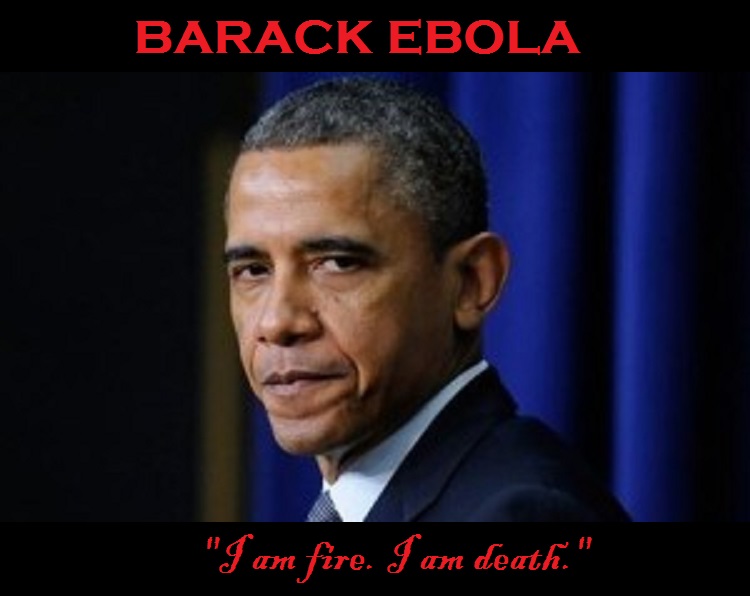 Last Thursday, at an emergency hearing in Washington, Ken Issacs, the vice president of Program and Government Relations for Samaritan’s Purse, painted a desperate picture of the situation in West Africa saying:

“We believe that these numbers represent just 25 to 50 percent of what is happening,”

In the days since the two American workers have returned to America, Samaritan’s Purse has heard widespread concern about their reintegration.

“People are afraid to get around them—husbands, wives, no one knows if it’s safe,” he said.

“We are doing everything we can to give them a safe place to be, but imagine how difficult it is for American citizens—and all citizens—to suffer from this,”

Some from the communities where the two Americans came from reportedly have expressed concern about them infecting other residents.

“This is a nasty, bloody disease; I could give you descriptions of people dying that you cannot even believe.”

“There is only one airplane in the world with one chamber to carry a Level 4 pathogenic victim. One—and it’s in the U.S,” said Isaacs. “There is no other aircraft in the world.” Isaacs says that unless the Department of Defense is secretly in possession of another aircraft, then the U.S. will not have the power to evacuate more than one American relief worker at a time, should they get infected.

“If the U.S. is going to expect CDC people [to be in these nations], there has to be assurance that we can care for them when they are sick.” The disease could spread to other countries.

Isaacs, whose warnings to Congress about the urgency for a better response prompted Thursday’s meeting, says he is gravely concerned about the future. After first observing the outbreak in April, he’s watched the disease spread furiously across West Africa with little to no effective international support.

“I think we are going to see death tolls in numbers that we can’t imagine,” said Isaacs. “If we do not fight and contain this disease, we will be fighting this and containing this in multiple countries across the world. The cat is, most likely, already out of the bag.” (source)

Is Issacs right to be so worried or is it all hype? When the Ebola outbreak started each person, was, on average, infecting 1.86 other people. If that continues in a linear fashion what figures can be expected over the coming months?

Bear in mind that linear progression is not a forecast, it’s just a working of numbers that shows if the outbreak continues unchecked, and the infection rate remains the same, how many infections and deaths would occur. There are many things that could affect the outbreak, it could fizzle out, they could find a cure or the number of survivors could increase.

If none of those things happen, and if each Ebola patient continues to infect 1.86 other people this is the way the linear projection plays out:

Remember, Ken Issacs believes that the official figures being bandied about are just 25-50% of the true figures of the infections and deaths that Ebola is causing.

A global pandemic…I’ll bet that the Agenda 21 elitists are salivating merely at the possibility of such an event, providing they have had their dose of ‘experimental serum’ of course.