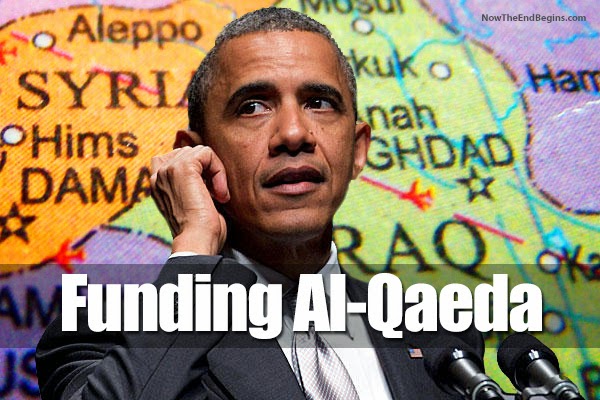 A few days ago I wrote of the heartbreaking tale of Iraqi families feeling so helpless that they were tossing their children from mountaintops, rather than see them die of thirst or be captured by brutal Islamic State jihadists.

Subsequently, I received a few comments on social media like, “Yeah that’s why Obama announced that we are going to start bombing.”

And, as promised, the bombs have started.

However, I believe it is somewhat naïve to think that the death of minority Iraqis is the real reason for the decision. After all, why weren’t we sending in the heavy weaponry as the town of Mosul was basically wiped free of all Christians?

Well, it would seem that those pesky Islamic State jihadists are getting uncomfortably close to oilfield production of American companies.

Obama has no choice but to react.

At least two waves of airstrikes against a variety of targets have already taken place inside Iraq. One of the airstrikes apparently struck an IS mortar position and an IS convoy near Erbil. IS fighters had advanced to within a half hour’s distance from Erbil, the capital of Iraq’s Kurdish region. According to a Pentagon spokesman, two FA-18s that took off from an aircraft carrier in the Gulf were involved in the airstrike.Obama stated that the strikes were necessary to prevent genocide, to protect Christians and other religious minorities whose lives are in danger, and to halt the IS advance. The airstrikes are the first that have been authorized in Iraq by the United States since 2011. What is notable, however, are the circumstances surrounding the initiation of the bombing and what may have prompted American military action now, after allowing ISIS (entirely funded, directed, created, and armed by the West – notably the United States) to seize vast swaths of territory across Iraq. Why bomb Iraq now you might ask? And why bomb the area surrounding Erbil? The answers to this question lie in the simple fact that the area surrounding Erbil – the Kurdish region of Iraq – is a “hub for US oil companies.”

In fact, Erbil, a city of 1.5 million people is largely viewed as the administrative center for the Kurdish regional oil industry and a quarter of Iraq’s oil production nationally. The oil reserves are so large in this region that Kurds often claim that, if they were to break off from Iraq and establish their own country, the new nation would stand as the ninth largest oil producer in the world.

As a new chapter begins in Iraq, I suddenly feel a powerful sense of “deja vu” sweeping over me.

The old saying is that “blood is thicker than water.”

But unfortunately it has also been proven time and time again that oil is thicker than blood.

As a staunch supporter of worldwide terrorism it doesn’t take a genius to figure out that this is not about protecting Christians or any other non-jihadist minority.

I can only imagine the disappointment in the White House when it was learned that they had to act to slow the beheadings and crucifixions being done in the name of Allah.