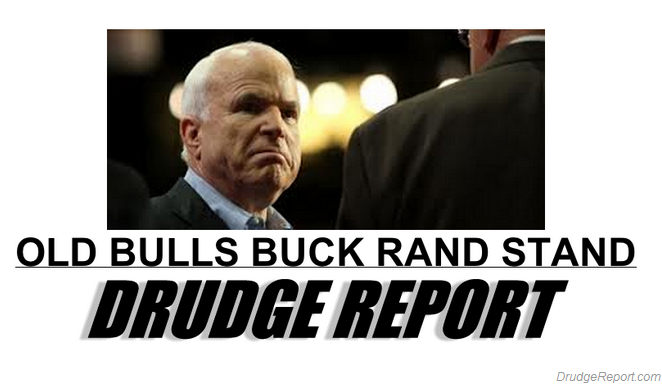 For the Republican Party establishment, the focus remains on the immediate: the next news cycle. The next election is their idea of long-term thinking. For those of us out here in the grassroots, we don’t have that luxury, because those of us living outside the beltway bubble see our very way of life is at stake. We’re fighting for cultural survival, and they’re fighting for… well, actually they’re fighting us and not them.

Never was this divide more apparent than last week.

Speaker of the House John Boehner (R-Ohio) told The Washington Times in a story that has about 3,000 more comments (almost all of them negative) than actual words, that pursuing impeachment against the most lawless president in history was “a scam started by Democrats.”

Interesting, I guess all the Tea Party leaders I’ve had on my nationally-syndicated radio show calling for President Barack Obama’s impeachment the past 16 months were tools of “a scam started by Democrats,” and they didn’t even know it.

I guess former Alaska Gov. Sarah Palin is “a scam started by Democrats” and she didn’t know it, either.

I guess the majority of Republicans who want to see Obama impeached for his now-daily constitutional crises are also “a scam started by Democrats.”

My, what a mighty “big tent” we have.

Listen, I live in the real world. I understand impeachment isn’t happening at the moment because while Obama grows more unpopular by the nano-second, the country as a whole hasn’t reached that sort of critical mass yet.

So imagine if the speaker had said something like this instead:

I think most of us in the grassroots would’ve been satisfied, or least understanding, of words to that effect. First you have to win the debate, and then you win the vote. If you want to impeach Obama you have to take that case to the American people to create that critical mass, lest you be guilty of a lesser type of constitutional/political overreach we’re accusing Obama of.

But that’s not what the speaker said.

Instead, a man that through a series of continuing resolutions has funded all of Obama’s anti-constitutional schemes the past three years, and last week was trying to give a president he’s suing for lawlessness even more of our money, dismissed and patronized the legitimate fears of his own base as a “scam.”

The message the speaker just sent to the grassroots of the Republican Party is that race-baiting your own base to win a senate primary in Mississippi is good politics, but standing up to a president who is singlehandedly doing more to dismantle American exceptionalism than any political figure in our history is bad politics. Yet again the GOP establishment fights its own base with more ruthlessness than it opposes Obama.

And these people wonder why the Republican Party is so divided.

Meanwhile, the country burns as Obama gets to do whatever he wants, whenever he wants, to whomever he wants – with our money. Culprits always need collaborators, and Boehner and the rest of his feckless ilk are Obama’s.

As a young libertarian named Rocco sarcastically put it on my Facebook wall, “[Republican leaders] have decided to allow the country to suffer for the purposes of winning elections, and my generation is becoming a lost generation. I’m glad a bunch of D.C. consultants decided that it was a good strategy to sacrifice the nation to win elections, though.”

Former California GOP Chairman Tom Del Beccaro warned my audience last week not to assume this is going to be a big Republican year, because “Republicans are just running out the clock” and not showing any real leadership on the issues. Del Beccaro said Republicans aren’t offering the American people anything as a contrast to what they don’t like about Obama, and he fears that could thwart major GOP gains as a result. Increasingly, my audience – most of them Republicans – is asking me what will really change next year if the GOP gains control of the U.S. Senate in November.

I’m struggling to provide them a substantive answer.

Especially with Boehner originally offering up a border crisis bill that does nothing to actually address the premise of the problem to begin with, but does give Obama another $659 million to waste. Next comes a bill to allegedly fix the Veterans Affairs scandal, but really just reads like another massive pork-barrel spending/entitlement cash-grab they will hurry up and pass without actually reading.

Boehner’s answer to Obama’s lawlessness is to keep funding it. Or the filing of some lawsuit asking judges to violate their separation of powers, by doing Boehner’s Constitutionally-mandated oversight job for him. With taxpayers footing the exorbitant cost for all the billable hours accumulated by trial lawyers on both sides, of course.

I get asked all the time when is it time for a third party, but I think I’d like to see what a second party looks like first.

Learn more about your Constitution with Steve Deace and the Institute on the Constitution and receive your free gift.

Steve Deace barely made it out of community college in one piece, and then loosely attended a real college for a while. We say he only attended because there’s no record of him actually accomplishing anything while he was there, or at least anything he wants to tell his three children about before they’re 21 years old. By the grace of God he managed to find a woman that would put up with him, his wife Amy who daily exhibits the patience of Job. Because he’s not that educated, Deace actually believes the Bible is literally true and the Constitution isn’t a living, breathing document. He also knows way more about superheroes, Star Wars & Star Trek, and college football than any man not living under a vow of perpetual virginity in his mom’s basement should. He’s also the author of Rules for Patriots: How Conservatives Can Win Again.