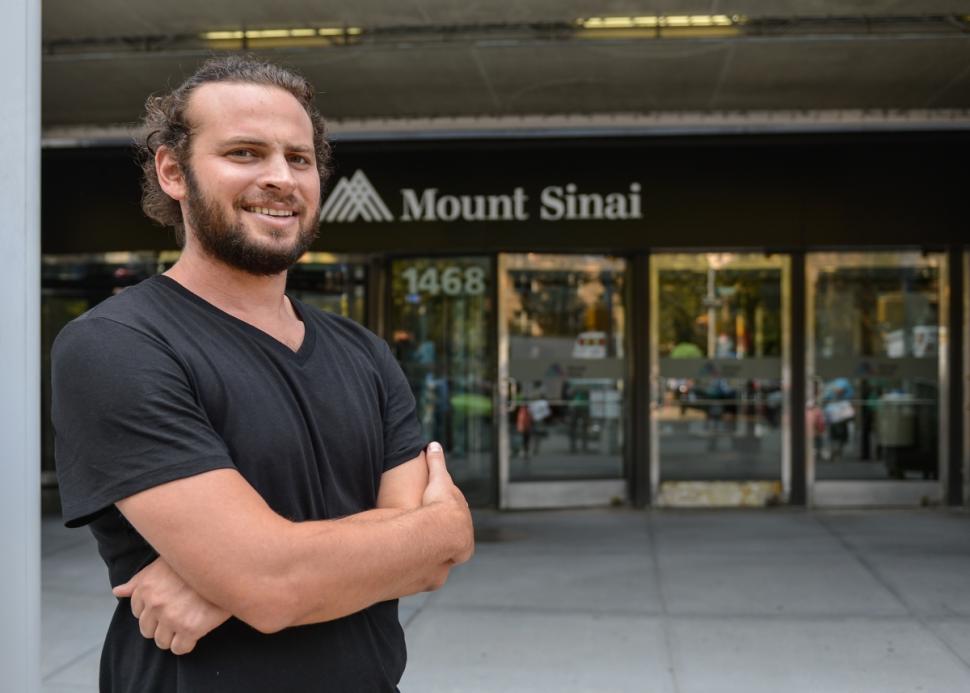 Last week, those of us following the Ebola outbreak and wondering about its potential to spread to the United States watched the news very carefully. When we were told that a NY man was tested for the deadly disease and placed in isolation, that concern heightened.

Eyes were glued to CNN as Dr. Sanjay Gupta told us that there were at least six cases of potential Ebola victims being tested at Mount Sinai Hospital in New York City.

“There have been about a half a dozen patients who have had their blood tested because of concern, those particular patients their stories were not made public,” said Gupta, adding, “I’m not sure if that’s because of heightened concern by the hospital or what that means exactly.”

Gupta also appeared to suggest that patients being tested for the Ebola virus were not being kept in isolation when he stated, “This isn’t the kind of thing that they worry about spreading to other patients in the hospital, spreading to people who are walking around the hospital. This is not an airborne virus.”

However, at least in the case of the patient who was made public yesterday, hospital officials said the individual was immediately put into isolation as a precaution.

The patient referenced in that last paragraph – who has negative for Ebola – shared the details of his ordeal with NY Daily News.

His name is Eric Silverman, and after he developed a high fever, a sore throat, a headache, and diarrhea, his mother called their family doctor. She was told to take her son to the ER at Mount Sinai immediately.

Eric’s doctor notified the ER doctors that her patient, a humanitarian aid worker who previously volunteered with the Peace Corps, had just returned from volunteering Sierra Leone in West Africa.

When he arrived at the hospital, he was greeted by staff wearing protective masks, and was immediately placed in a room far away from the rest of the ER patients.

Eric learned he was NY’s Ebola patient zero the same way we did – by watching the news, reports NY Daily News:

While New York held its collective breath last week, frightened over reports that an anonymous patient at Mount Sinai Medical Center was infected with the deadly Ebola virus, Eric Silverman’s feverish eyes were glued to CNN.

“Is that me they are talking about?” the incredulous 27-year-old Brooklyn grad student asked his nurse, Margaret Kraus, as she tended to him in the intensive care unit’s isolation room.

Eric said the experience was “surreal”:

“Only when I woke up on Monday and they wouldn’t let me out of the room, I knew something was wrong,” he said. “I saw people wearing these space suits and I realized they couldn’t rule out Ebola. They needed to quarantine me until they could confirm it wasn’t.”

As hospital staff suited up into special head-to-toe protective gear — complete with masks, hoods, double plastic gowns and double sets of gloves — hallways were cleared and Silverman was whisked on a gurney out of the ER on a journey up to the medical intensive care unit. His boxer shorts were incinerated as a precaution against infected bodily fluids. His family was forbidden to visit.

He shared a text message conversation he had with a friend with the NY Daily News:

Eric Silverman texts his friend Zak beginning at 8:27 a.m. Wednesday from the isolation room at Mount Sinai Hospital where he was being treated with IV antibiotics and waiting for Ebola test results from the Centers for Disease Control and Prevention in Atlanta.

Eric: I have something crazy to tell you.

Zak: Hahaha something so crazy that you couldn’t wait until noon to share? Are you patient zero at Mount Sinai? I know you were the one to have contracted Ebola…

Zak: Haha, tough break, my man. Well you had a pretty good run. Not great, but pretty good.

Eric: I just told you. It’s not that amazing, kinda annoying.

Zak: Wait, what? Holy sh–. Are you ok? What’s going on? What are they saying? O jeez, Eric- I’m so sorry. Are they saying that your ok?

Eric: Yeah I’ll be okay. Just a precaution. I had a bad fever and diarrhea and so they freaked out when I said I was just in SL (Sierra Leone)

Zak: How are you feeling now?

Eric: Better, just the same symptoms tho. Obv keep this on the dl don’t want my name getting out.

Zak: Are you in the hospital?

Zak: You’re quarantined? How much longer do they need you for observation? I’m going to assume I can’t visit, huh? Haha

Eric: Yes only spacesuits are allowed inside They should know today My blood work is now in Atlanta.

Zak: That’s totally surreal. What a bizarre experience that must be. How are you holding up? How many days have you been there?

Eric: Since Sunday night. That’s pretty funny that you guessed it right off the bat.

Zak: Haha…for the past couple of days The Guardian has been running stories on your case. I would read them and joke with K that it must be you. Of course, I would have never in a million years thought that you were the mystery patient. Besides having no human contact outside of men in spacesuits, are you feeling ok?

Eric: Yeah, just sleeping a lot and watching boring TV, not much else to do…

Zak: Well when you get out we’ll go out to a big dinner. Or, at the very least, an evening of NBA JAM.

Eric: Haha ok thanks, You might know before me if you’re watching CNN.

Late Wednesday afternoon, Eric’s test results were in – no Ebola.

Dr. Charles Powell, chief of pulmonary and critical care medicine for the Mount Sinai Health system, said everyone was relieved about the negative test results:

“We all had a huge sense of relief — for him and the staff. It is a scary situation for so many reasons. There’s a lot we don’t know, but we do know how deadly this can be. We were all worried that Ebola had arrived in New York City.”

NY Daily News asked Dr. Powell about the chances of Ebola reaching the US.

Here’s what he said:

“In my opinion I think we will see a case here. The situation in Africa does not appear to be under control, and it’s so easy to travel from place to place. “