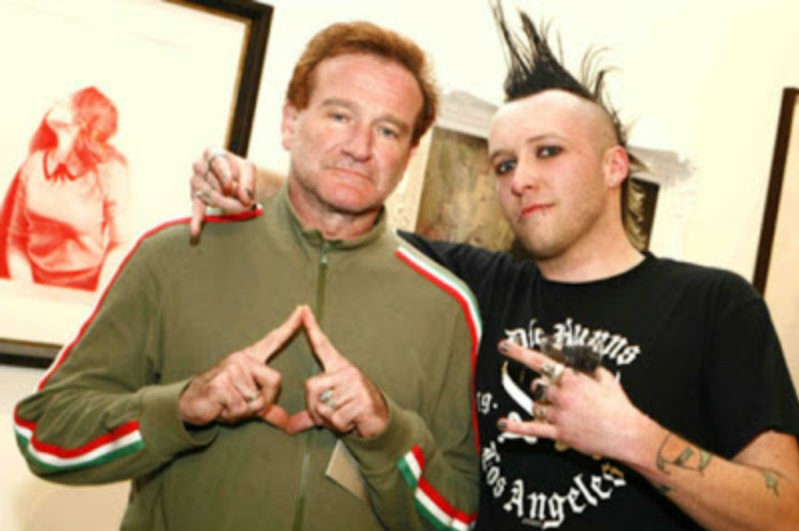 Marc Dice released a video yesterday to rightly predict that conspiracy theorists would be out in full force trying to relate Robin Williams’ apparent suicide to some Illuminati plot of human sacrifice.

As Dice points out, it is being widely reported that Robin Williams suffered from depression. He also points out that nearly all high-profile celebrity deaths become fair game for Illuminati conspiracy theorists who have linked people like Paul Walker, Heath Ledger, Kurt Cobain and Michael Jackson to wild theories of Illuminati sacrifice.

What is wrong with this picture is that there simply seems to be no powerful motive, whether you believe the Illuminati exists, or not.

I personally believe that there is a class of world elite, though I am not sure what they call themselves. I haven’t yet been invited to one of their secret meetings or received my Illuminati membership patch.

I am quite the conspiracy theorist in my own right, but someone needs to tell me what the motive would be in killing Robin Williams. If you can show me a motive then I will gladly look at it.

With that said, oddly enough there was an IGN user who correctly predicted the death of Robin Williams this past Friday.

Some could assume that the posting member was some kind of insider who knew what was about to happen. You could run with this and say that Robin Williams was “suicided.”

I will not totally close my mind to that possibility though I won’t be wasting my “pathetic life,” as Dice says, to trying to prove something that is very unlikely to be true.

Still, I think it is worth noting that there are various levels of crazies out there. Some people see me as crazy although I see myself as relatively sane and I believe that I have reason to look at the conspiracies I actually spend time with. And who is to say that something like this could not have happened?

I prefer to see Robin Williams as mentally ill as I have been told. The media does not always lie. They seem to lie mostly when there is an agenda to be pushed. If this becomes a high-profile case that seems to push an agenda or certain legislation then I may think otherwise. For now I am just trying to come to grips with the fact that one of my favorite actors has died.

As for the user who predicted it?

Well, my hope is that the old saying that “a broken clock is right twice a day” would apply here.

I’d rather spend my pathetic life chasing conspiracies about the deaths of people like Michael Hastings and Andrew Breitbart. In those cases I can see a potential motive.

Unless it is proven that Robin Williams held information that could hurt those in power, I just don’t see it.

I’m sorry if that disappoints you. You are free to see it however you would like.

Rest in Peace Robin Williams. Though you made me laugh often, I will always remember you as one of the greatest dramatic actors of my lifetime.

These are some of my favorite movies.