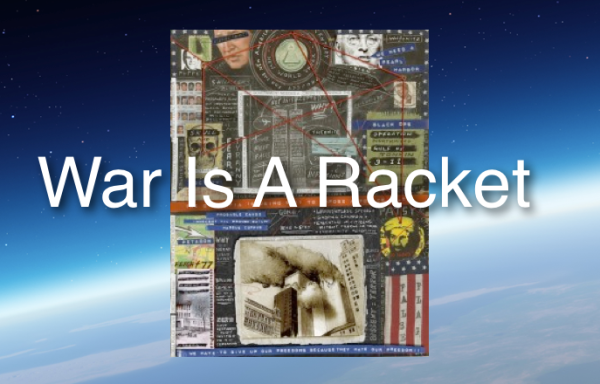 Only a day after Obama’s announcement that he had authorized “targeted strikes” inside Iraq in order to combat the Islamic State (IS) advance, the United States indeed followed through with their threat. At least two waves of airstrikes against a variety of targets have already taken place inside Iraq. One of the airstrikes apparently struck an IS mortar position and an IS convoy near Erbil. IS fighters had advanced to within a half hour’s distance from Erbil, the capital of Iraq’s Kurdish region. According to a Pentagon spokesman, two FA-18s that took off from an aircraft carrier in the Gulf were involved in the airstrike.Obama stated that the strikes were necessary to prevent genocide, to protect Christians and other religious minorities whose lives are in danger, and to halt the IS advance. The airstrikes are the first that have been authorized in Iraq by the United States since 2011. What is notable, however, are the circumstances surrounding the initiation of the bombing and what may have prompted American military action now, after allowing ISIS (entirely funded, directed, created, and armed by the West – notably the United States) to seize vast swaths of territory across Iraq. Why bomb Iraq now you might ask? And why bomb the area surrounding Erbil? The answers to this question lie in the simple fact that the area surrounding Erbil – the Kurdish region of Iraq – is a “hub for US oil companies.”

In fact, Erbil, a city of 1.5 million people is largely viewed as the administrative center for the Kurdish regional oil industry and a quarter of Iraq’s oil production nationally. The oil reserves are so large in this region that Kurds often claim that, if they were to break off from Iraq and establish their own country, the new nation would stand as the ninth largest oil producer in the world. As John B. Judis writes for the New Republic,

If the Islamic State were to take over Erbil, they would endanger Iraq’s oil production and, by extension, global access to oil. Prices would surge at a time when Europe, which buys oil from Iraq, has still not escaped the global recession. Oil prices have already risen in response to the Islamic State’s threat to Erbil, and on Thursday, American oil companies Chevron and Exxon Mobile began evacuating their personnel from Kurdistan. But oil traders are predicting that American intervention could halt the rise. “In essence we find U.S. air strikes more bearish than bullish for oil as the act finally draws a line for IS and reinforces both the stability in south Iraq and in Kurdistan,” Oliver Jakob, a Swiss oil analyst, told Reuters.

The threat to oil production facilities posed by the IS was reported in a number of other media outlets in addition to the New Republic and the Wall Street Journal. It was not only American companies, however, that were concerned about their ability to continue production. British oil companies were beginning to evacuate personnel as well. As Nigel Wilson of the International Business Times wrote,

London-listed oil companies have pulled workers from Iraqi Kurdistan as security forces battle with militants from the Islamic State in the semi-autonomous region.

Genel Energy said it was withdrawing staff from fields that had not started production, but insisted its fields at Taq Taq and Tawke were secure.

“We remain confident in the Kurdistan regional government’s ability to maintain the territorial integrity of both the KRI and oil infrastructure,” it said in a statement.

“In line with moves by other operators, we are taking the prudent and precautionary step of withdrawing non-essential personnel from our non-producing assets in the region,” it added.

Meanwhile, Afren said it had suspended operations at the Barda Rash field.

“Working with our local security advisers, Afren is implementing a phased withdrawal of non-essential field personnel from the Barda Rash field,” it said in a statement. “It is expected that we will return to field operations as soon as it is prudent to do so.”

With this information in mind, it might perhaps become more clear to those who cannot understand why the United States would fund IS terrorists into power and initiate a bombing campaign against them shortly thereafter. The fact is that al-Qaeda, IS, and the other related terrorist organizations function as the CIA’s Arab legion. They are used to weaken and overthrow governments as well as to act as a constant bogeyman for populations back home so that civil liberties and Constitutional rights will be sacrificed willingly for the perception of security. When these proxy armies begin to endanger oil production or any other project of the world oligarchy, however, they are eliminated and the threat that they pose is neutralized. If the American people will wise up to this fact, one of the major tools used by the world oligarchy to terrorize the domestic population and the rest of the world will be yanked from their hands.