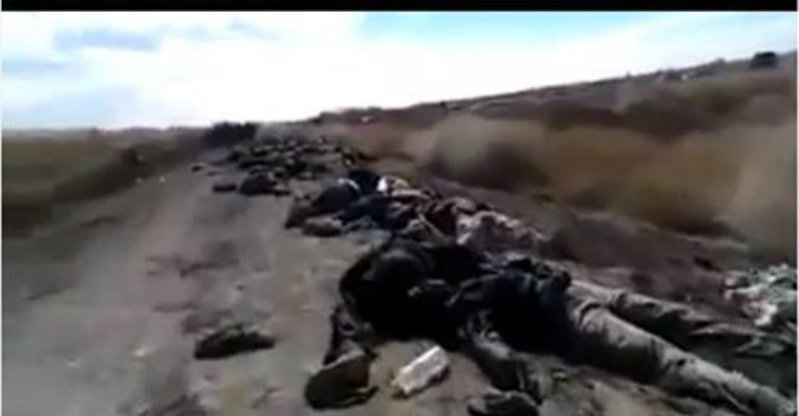 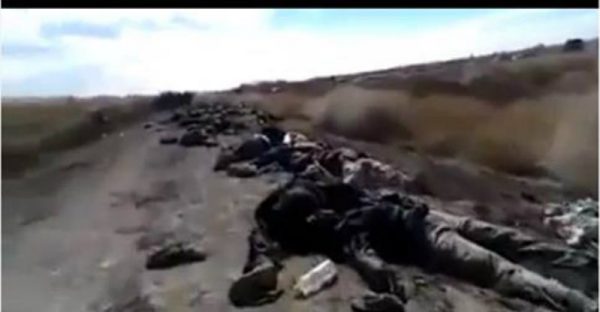 Watch the results of Hezbollah ambush in the area of Al Otaiba 175 against the Islamic State (ISIS) “Daash”, where violent clashes broke out between Hezbollah and the Islamic State in the Kalamoon area located on the borders of Lebanon. It is noteworthy that this region is witnessing many of the confrontations and the ongoing battles between the two sides.

In the meanwhile, watch how “moderate” Muslims come by the droves to repentance centers set up by the ISIS. So far, the fighters who America trained in Iraq are joining by the droves with the ISIS. “Our Caliph Al-Baghdadi tells us to forgive even if you killed one thousand thousand of us. He said we shall forgive you if you repent” says the ISIS recruiter. Each gets a repentance document and off they go.

In all ISIS controlled areas, banks are closed since they collect interest and in Islam this is considered Riba (usury).

All Judicial courts are replaced, and all government employees must attend an ISIS center, declare repentance and get a document giving his allegiance to the Islamic Caliphate and prove his innocence. If you can’t prove your innocence, or if you are Shiite you will be beheaded from the front or back of the neck or shot. All Christians are now prohibited from working in the government or buying or selling unless they pay tribute or give their allegiance to the Caliphate. All doors are knocked on to report how many unmarried girls exist in order to marry them later to the ISIS soldiers.

The ISIS also issues what they term the City Covenant in which all tombs like the biblical Tomb of Jonah to be destroyed. Jeans are outlawed and there is no appearance of any forms of modernity, no smoking Marlborrow, Hukkah or even rolling your own Turkish tobacco. The last rule is a living hell for Arabs, including myself.

But by far, America is the greatest persecutor of smokers, but looking at my options here, I am sticking around.