In the summer of ’45, the United States concluded a war that had come to be seen by some as unwinnable after the carnage at Iwo Jima with a bang. 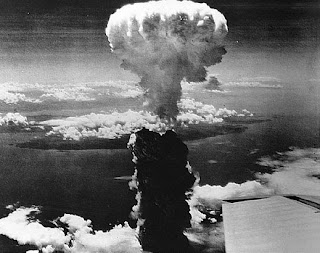 On August 6th, the bomb fell on Hiroshima. And then on the 9th, it was Nagasaki’s turn. Six days later, Japan, which had been preparing to fight to the last man, surrendered.

For generations of liberals those two names would come to represent the horror of America’s war machine when they actually saved countless American and Japanese lives.

The two bombs stand in stark contrast to our endless nation-building exercises in which nothing is ever finished until we give up. Instead Truman cut the Gordian Knot and avoided a long campaign that would have depopulated Japan and destroyed the lives of a generation of American soldiers.

That we can talk about Japan as a victory, that the famous couple was caught kissing in Times Square rather than sighing in relief, is attributable to that decision to use the bomb. Without it, Japan would have been another Iraq or Vietnam, we might have eventually won at a terrible cost while destroying our willingness to fight any future wars and that would have given the USSR an early victory in Asia.

Professional soldiers understand the humanitarian virtue of ruthlessness. The pacifist civilian may gasp in horror at the sight of a mushroom cloud, but the professional soldier knows that the longer way around would have left every Japanese city looking far worse than Hiroshima.

More people died in the Battle of Okinawa on both sides than in Hiroshima and Nagasaki. 9 out of 10 buildings were destroyed. As much as a third of the island’s population committed suicide, fled into caves that were bombed, were used as human shields or were killed when American soldiers found themselves unable to distinguish between Japanese soldiers posing as civilians and actual civilians.

And all that was in a part of Japan that was not fully aligned with its national identity. It does not take much to imagine what trying to capture Honshu would have looked like. Take the worst horrors of Vietnam and keep multiplying until you run out of imagination. If you run low, remember that at Okinawa the military was handing out grenades to civilians and its home defense plans involved encouraging the civilian population to commit suicide attacks.

The United States military did not understand the fanatical mindset of its enemies, but it did understand that they had to be fought with equal ruthlessness.

And now on another hot August, we find ourselves in another unwinnable war.  It isn’t really unwinnable, but there is the sense that we have done everything possible and all we can do is live with it. As the left will tell us, more Americans died in car accidents in 2001 than on September 11.

Doubtlessly more Americans died in some assortment of accidents in 1941 than at Pearl Harbor. Instead of calling it a day that will live forever in infamy, FDR could have put their deaths into perspective by comparing them to the number of Americans killed by Polio and given a typical Obama speech warning the public not to jump to any conclusions.

Obama gave one of those conclusion-jumping speeches after Nidal Hasan murdered 13 Americans in the Fort Hood Massacre. He gave another one after the Boston Marathon bombings. Meanwhile the media jumped to all the right conclusions, speculating that Hasan might be a victim of secondary PTSD and that the Boston bombers were white tax protesters. 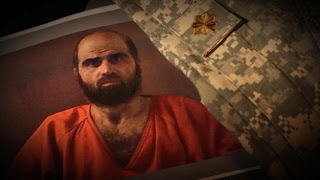 Finally the official report dismissed all conclusions and labeled an attack by a Muslim terrorist affiliated with a major Al Qaeda figure as a case of workplace violence. If the authors of that report had been available to write up the events of December 7 1941, they would have blamed Newton’s Third Law.

The report carefully avoided any mention of Islam, but at his trial, Hasan declared that he was an Islamic holy warrior, in papers he named Anwar Al-Awlaki as his mentor and claimed to be defending Islamic law against the scourge of democracy.

The spectacle of Nidal Hasan trying to communicate to a politically correct military bureaucracy that he really is a Muslim terrorist is almost comical. Before the shootings, he expressed sympathy for terrorists and put his Islamic holy warrior tag on his business cards. He did everything short of hiring a skywriter to fly over Fort Hood writing, “Nidal Hasan is a Muslim Terrorist”.

After Hasan committed the massacre while dressed in Islamic garb and shouting “Allah Akbar”, the same establishment went back to ignoring him. It must have deeply frustrated Hasan, whose entire legal defense is that he is a Muslim terrorist. Hasan’s defense baffles a media which had spent years warning us not to jump to conclusions about a man named Hasan killing Americans only to find that Hasan had already adopted those conclusions as his own.

Hasan had declared war on the United States and has been trying to get someone to notice his declaration. That is a problem which he shares with his Al Qaeda masters. The United States has learned to notice terrorist threats, but not to understand them or deal with them.

On August 8, 1942,  Herbert Hans Haupt was sent to the electric chair. Haupt, a United States citizen, had joined a German raiding party into the United States. The trial of Haupt and his fellow conspirators lasted a month. It was over two months after their capture.

Haupt was put to death seven days after the conclusion of his trial.

A few years after the war was over, a former soldier spotted a USC student in a Los Angeles Sears. During the war, the student, Tomoya Kawakita, had been noted for special acts of cruelty toward the captured American soldiers in the Oyema POW camp where 1 in 10 prisoners died of malnutrition.

Tomoya had earned the nickname “Meatball” for eating the rations meant for the POWs. The soldier,  had first met Tomoya when the latter attempted to tear off his tattoos while screaming about “American symbols of freedom.”

Tomoya was also an American. He was arrested, put on trial and sentenced to death. In pronouncing sentence on him, the judge declared, “The only worthwhile use for the life of a traitor is to serve as an example to those of weak moral fiber who might hereafter be tempted to commit treason.”

JFK disagreed, freeing him in one of his final official acts before his own assassination at the hands of a traitor who had defected to the USSR. Had Oswald been tried for treason after his return from Russia, the Kennedy assassination would have never happened; but by then, that pragmatic ruthlessness which had kept America going through Europe and Asia had been lost.

Imagine a general from August 2013 being sent back in time to take over the war in August 1945 and then watch as American soldiers are given handbooks on Japanese culture, forced to attend Shinto ceremonies and sent out without artillery and air support to avoid alienating the local population. The command dedicates much of its time to emphasizing that its war is not with Japan or the Japanese people, but a tiny minority of fanatical extremists.

And then watch as the war goes on for two decades.

Such a course might seem more merciful or moral, but it’s neither. It prolongs the pain and suffering for both sides.

The failure by the stronger side to conclude a war when it has the upper hand is not kindness; it’s cruelty. It perpetuates the conflict endlessly, dragging it out and opening the door for a prolonged civilian resistance with all the horrors that terrorism and guerrilla warfare can inflict on both sides.

In Vietnam, Iraq, Korea and Afghanistan, in the countries and wars where we pulled our punches, the civilian population was left worse off. The tactics that we thought were merciful were actually cruel, and their end result led to victories by monstrous forces like the Kim family or the Taliban who did far worse things to the civilian population than we ever dreamed of.

America was haunted by Hiroshima, when it should have been haunted by Okinawa. And so now it is haunted by Hasan and by his Al Qaeda comrades and by the Taliban and by entire networks of terrorist groups forming because we pulled our punches in the War on Terror.

There’s some old advice about not drawing a gun unless you intend to use it. It’s true for individuals and for nations. If you go to war, then you had better mean it. Wars are bloody and messy. They’re not for the sort of people who think that putting “Smart” ahead of something automatically makes it better. And “meaning it” means being committed to crushing the enemy. 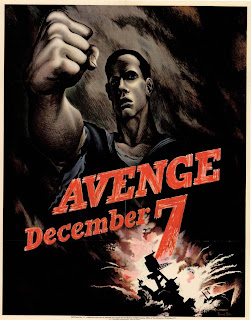 We don’t understand Hasan and Nidal Hasan doesn’t understand us. Like so many Islamic terrorists, Nidal Hasan believes that we are fighting a war against Islam, because it is what he would do in our place. He would have had no trouble understanding the America of 1945 that meant what it said, but he is lost trying to comprehend the America of 2013 which only wants to be liked, even when it’s dropping bombs.

Hasan wants us to know that he hates us, but our leaders are terrified of the idea of being hated. Ever since Hiroshima, we want the world to love us. We don’t want to be seen as the madmen who snuffed out hundreds of thousands of lives. Our enemies are not afraid to be feared and hated. We are.

Our greatest weakness is that we want our enemies to love us. And so we pretend that our enemies are really our friends. We turn wars into humanitarian exercises that inflict a much worse toll on both sides than an actual war would have and then we wonder what went wrong.

Now America faces an enemy whose chief power is hate. The Islamic terrorist has no other real asset except his hate. Unfortunately hate is our weakness. We are an empire terrified of being hated, a world power that shrivels at the thought that someone might not like us. And so the nation that dropped two atomic bombs in August 1945 wilts before the hatred of the Kamikazes of the Koran.