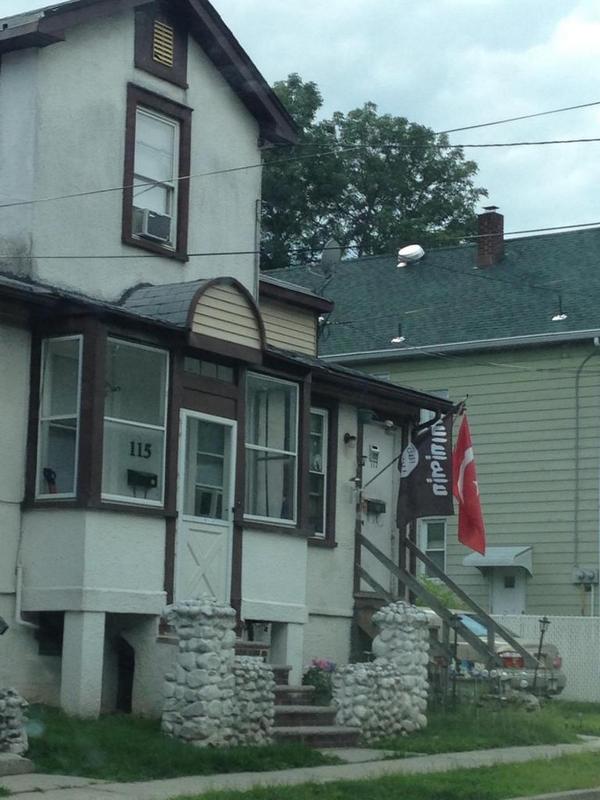 The norming of jihad, the norming of sharia and an islamophiliac President makes such treason rather pedestrian. Can you, for a second, imagine a flag of jihad flying outside a New Jersey home on, say, September 12, 2001? There would have been mayhem! And rightly so. The difference between then and now is the powerful influence of Muslim Brotherhood operatives in the media, in the government and in the schools. We are witnessing our destruction from within.

The pre-Obama, pre-Eric Holder Justice Department proved that the Muslim Brotherhood was subversively operating in America, seeking, in the words of its own internal memorandum, to work toward “eliminating and destroying Western civilization from within” by “sabotage.”

Editor’s Update: I am unclear on the details but it is my understanding that the flag has now been removed. -Dean Garrison, Editor