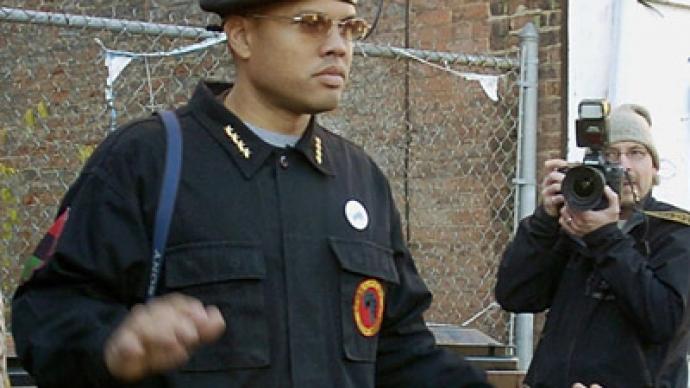 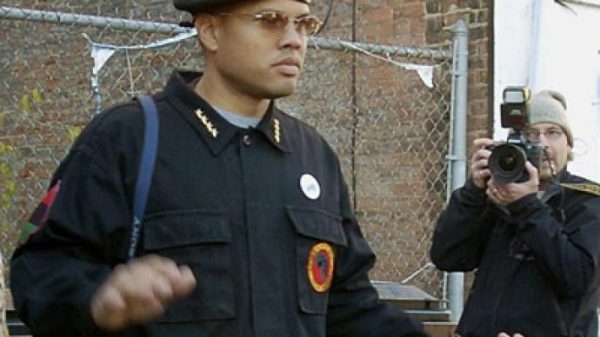 Let one MSNBC reporter misspeak about Barack Obama’s heritage and suddenly the whole world thinks that our President was born in Kenya. Who would have thought that there were birthers in The New Black Panther Party?

Here is a video of New Black Panther Party leader Hashim Nzinga speaking to a small crowd in Ferguson.

But as he looks out the window at 1600 Pennsylvania Avenue, he’s watching the black man, who built the White House, shot down like dogs.

If you like it or not he is from Kenya. He’s a Mau Mau. He needs to go back to his roots and stop people from killing the Africans in the streets…

If anyone would know the birthplace of Obama, it would be Hashim Nzinga. They probably grew up together. Nzinga is, of course, the epitome of credibility and integrity. [note sarcasm]

I wonder if he is still offering $10,000 for the capture of George Zimmerman?

If this is any kind of a real role model for even a few Black Americans, then it is no wonder that we have seen looting and rioting in the streets of Ferguson.

Expect to hear more from Nzinga. Yesterday Anonymous released the alleged name and a photo of Michael Brown’s shooter. They also released police dispatch recordings from the day of the shooting. Now that the alleged shooter is known to millions, it would not surprise me if a bounty is placed on his head as well.

As for the born in Kenya thing…

Well I am not sure that this source is as credible as a priest, a Marine, an African Newspaper, Kenyan Parliament, or a Book Publisher, but it seems a lot of people are saying that Obama was born there.

Maybe there is something to it.

I better turn on Fox News and find out. 🙂