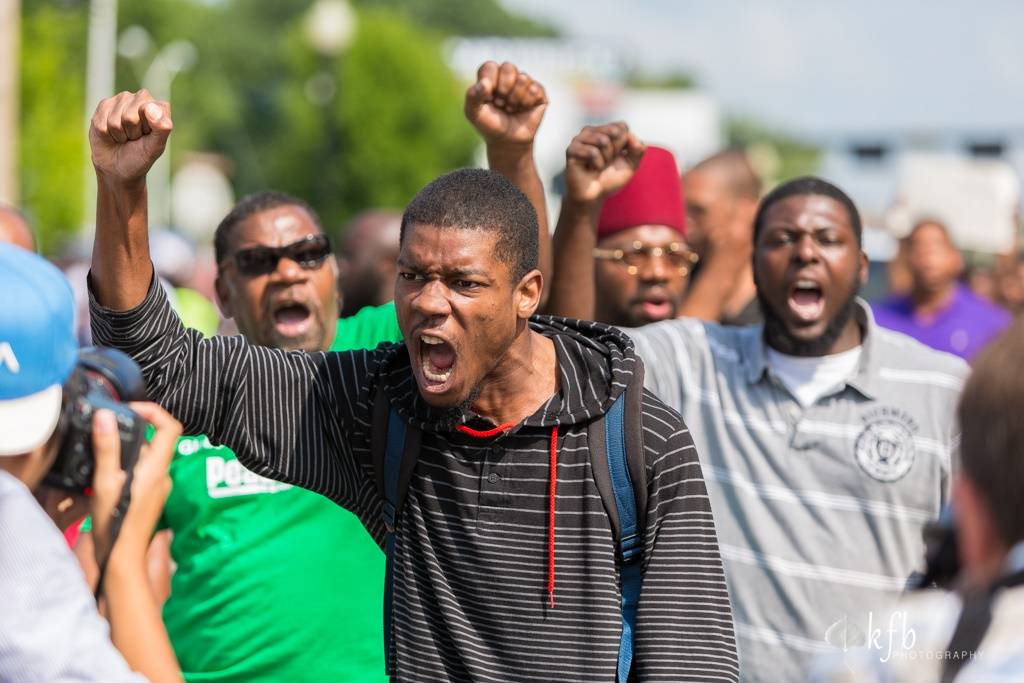 Is the Obama administration looking to stir up more trouble in Ferguson?  “Protest marshals” from the same Department of Justice division that organized protests against George Zimmerman in the aftermath of the shooting of Trayvon Martin have been deployed to the troubled city.  It is being reported that these DOJ agents will be “conducting training” for Ferguson protesters that will focus on “best practices for participating in protests”.  Local officials in Missouri hope that this will help defuse the situation, but if history is any guide it may end up doing just the opposite.  According to the head of Judicial Watch, the Community Relations Service of the Department of Justice “has a record of racially inflammatory rhetoric that is extreme in ideology and cynical in its politics”.  Could these Ferguson protests ultimately be used to take us to the next level in the inflammation of racial tensions in America?

What we have seen play out in Ferguson over the past few days demonstrates so much of what is wrong in this country.

The initial rioting and looting in the city was a prime example of the extreme social decay that is eating away at the foundations of our nation.  And it showed how rapidly the streets of our major cities could potentially descend into chaos.

And then the absolutely brutal response by the police was a perfect example of how our society is rapidly being transformed into a heavily militarized police state.

Now that the Obama administration is getting involved, who knows what is going to happen next.  According to the Daily Caller, two “protest marshals” have already been deployed to Ferguson so far…

That’s according to Ferguson mayor James Knowles, who spoke with The Daily Caller Wednesday evening.

We are being told that they will be “conducting training for the groups on best practices for participating in protests”.

That sounds good, but as Tom Fitton of Judicial Watch has pointed out, this particular Department of Justice division has a troubled history…

Responding to news that the Justice Department has dispatched its Community Relations Service to the scene of racially charged unrest in Ferguson, Missouri, the head of the Washington watchdog group Judicial Watch says it’s time for a civil rights investigation of Attorney General Eric Holder’s agency.

“Eric Holder’s Justice Department is unfortunately not to be trusted on racial matters,” said Judicial Watch President Tom Fitton in an interview with WND.

Under Holder’s leadership, he said, the department “has a record of racially inflammatory rhetoric that is extreme in ideology and cynical in its politics.”

“The idea that this Justice Department could be trusted to mediate is highly suspect,” he said.

So precisely what kind of “coaching” and “training” will these protesters be receiving?

In a previous article, I discussed how Judicial Watch has documented the fact that the Community Relations Service helped “organize and manage rallies and protests against George Zimmerman” back in 2012.  This assistance also included spending quite a bit of money, arranging meetings between the NAACP and local leaders, and even providing police escorts for protesters.

Let us certainly hope that the DOJ does not choose to inflame the situation, because Ferguson is already essentially a war zone at this point.

On Wednesday night, police used smoke bombs, tear gas, flash bang grenades, rubber bullets and LRAD sound cannons against protesters.  You can see footage of some of the police brutality in the video posted below…

And it isn’t just “young punks” that are being brutalized.  In an Instagram photo that you can view right here, you can see the gruesome wound that was created when a white female pastor was shot while she was peacefully praying.

There is no excuse for that.  The whole world is watching what is going on, and they are absolutely disgusted with us.

Thankfully, the Governor of Missouri is taking charge of the situation.  Governor Nixon has put the Missouri State Highway Patrol in charge, and he is promising a change in “tone”.  The following comes from a CNN report…

Gov. Jay Nixon said he decided to put the Missouri State Highway Patrol in charge of security because “at this particular point, the attitudes weren’t improving, and the blocks towards expression appeared to be a flashpoint.”

Lately, the community of Ferguson, which has been the scene of clashes in the wake of a weekend police shooting that left teenager Michael Brown dead, has looked “more like a war zone, and it’s not acceptable,” Nixon said.

Now, authorities — who’ve faced accusations that they’ve used excessive force in response to demonstrations — will be taking a different tack in an effort to calm tensions, officials said Thursday.

“We’re all about making sure that we allow peaceful and appropriate protests, that we use force only when necessary, that we step back a little bit and let some of the energy be felt in this region, appropriately,” Nixon said.

That sounds good, but what is going to happen if protesters start foolishly throwing Molotov cocktails once again?

Will the police be able to show restraint at that point?

And how will the Department of Justice “protest marshals” change the equation?

Will they calm things down, or will they end up inflaming the situation? 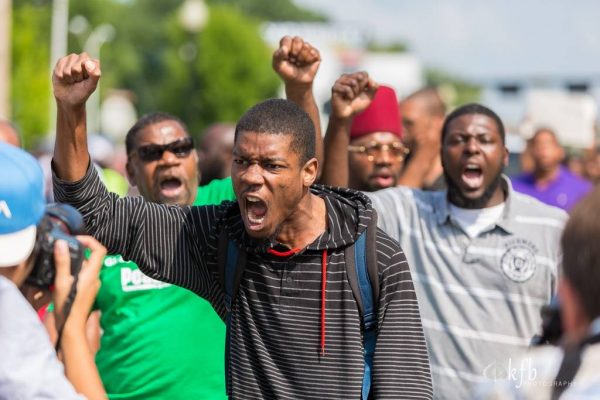