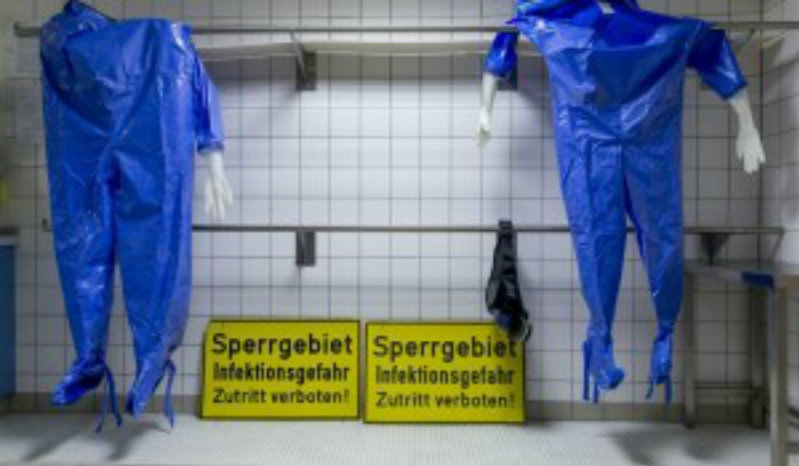 Police in Albania have detained 40 illegal African immigrants, five of whom are showing symptoms of the Ebola virus.

The Macedonian newspaper Vecer states that the five are thought by police to be of Eritrean origin and that they arrived via Greece during the last few days. They are being held at a medical facility in Vlore, just over 80 miles from the nearest port in Italy.

Yesterday a person was detained in Montenegro by officials suspecting they are infected with the virus. Officials have not said where the West African came from, just that it was a country currently struggling with the Ebola outbreak.

Bulgaria has 14 people in quarantine, all of them from Sierra Leone, Guinea and Nigeria, they will be held until they have passed the 21 day incubation period without incident.

If any of these cases are confirmed they will be the first non-planned arrival of Ebola in Europe. Earlier this week a Spanish Priest brought to Madrid from Liberia died of the disease.

Editor’s Note: I know that Americans don’t typically care about what happens overseas but this story is important. Ebola is spreading and if it is not here already it will be. With the events in Ferguson, American media outlets have shifted focus from Ebola. When Ebola became the big story we seemed to shift focus from the problems at our Southern Border. I believe this story is critical because many people do not realize how many West Africans are entering through that porous Southern Border. And, by the way, it’s not just conspiracy theorists who say that Ebola may be entering through that border. Congressmen have asked the question as well. Notice from Chris’ article that Bulgaria is doing what we should be doing. They are quarantining immigrants for 21 days upon arrival. The fact that we are not doing things like that might give you a serious clue to the nature of a potential outbreak. Whether it is for big pharma profits or something entirely different, our government is clearly inviting it to happen here. -Dean Garrison