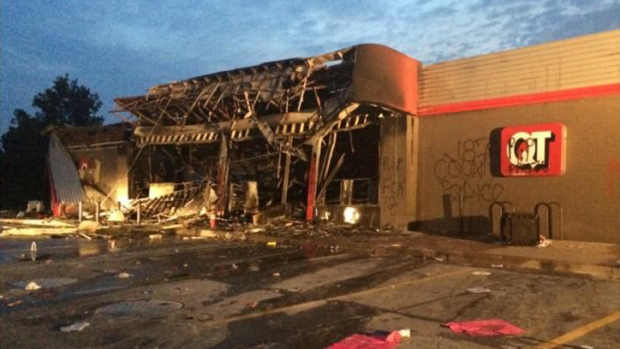 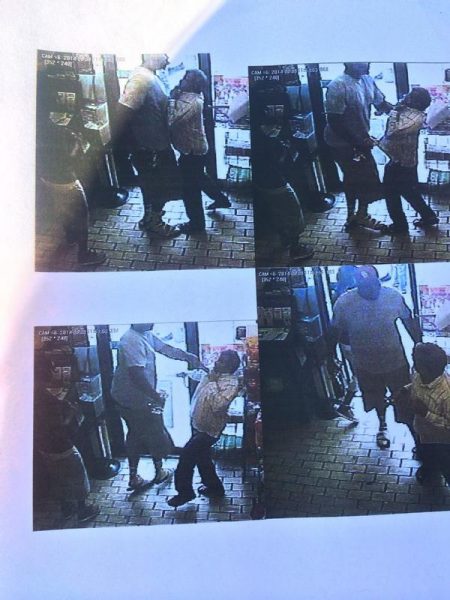 Yesterday we learned that Michael Brown was suspected of stealing a $47.99 box of Swisher Sweets (cigar brand) from a local convenience store. Soon after the alleged theft he was shot and killed by Officer Darren Wilson. Many of Brown’s supporters saw the release of this information as unrelated to the shooting, and as a way to try to assassinate Brown’s character, while taking the heat off of local police.

Since then the story has become even more confusing it would seem.

I did not realize until today that the convenience store Brown allegedly stole from was the same QuikTrip that was looted and burnt to the ground. There was no mention of QuikTrip at the press conference. That could be very significant.

Police released still images and were planning to release video from the robbery, at a QuikTrip store in Ferguson. Jackson said Wilson, along with other officers, were called to the area after a 911 call reporting a “strong-arm robbery” at a nearby convenience store. He didn’t immediately release details about the alleged robbery, saying more information would be released later.

I have been wondering for some time why many stores were looted but QuikTrip was the only store set ablaze, at least to my knowledge. One might certainly wonder if it was some sort of payback.

If there were those in the community that knew what Michael Brown did, allegedly, at that QuikTrip, and this is how they reacted, then it might begin to explain a lot of things.

Was Michael Brown friendly with a local gang?

These are the type of reactions that might make one entertain the thought. Everyday citizens don’t tend to commit arson crimes, even in Ferguson. With what we know now it would seem that the QuikTrip was targeted and it does not seem to be a random act.

Here is the surveillance video from the QuikTrip, which was not yet available when I reported yesterday.

Just in case you are wondering, there is only one QuikTrip in Ferguson, Missouri. I verified it through this store locator.

There is a lot more to both sides of this story. Hold your judgment because it is likely to get even more bizarre before we begin to get real answers.

h/t Steve at Fellowship of the Minds