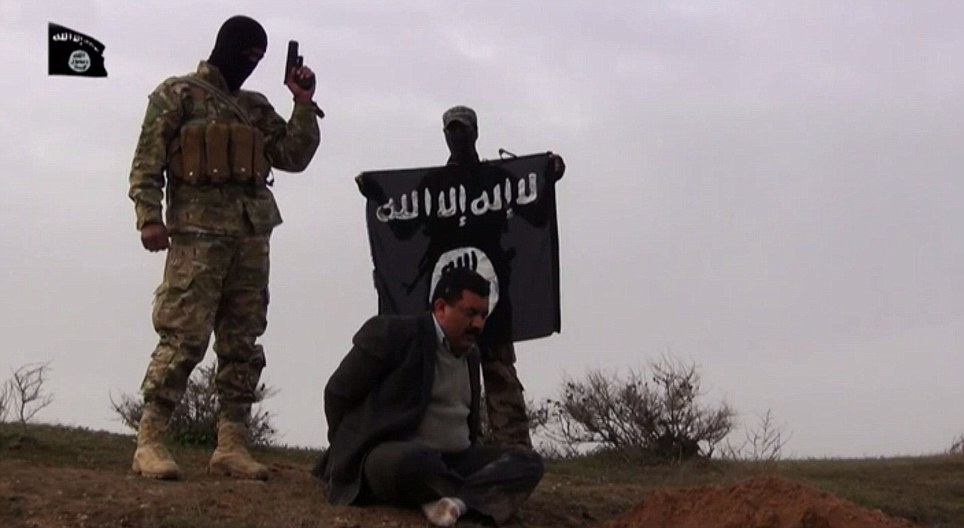 Releasing these savages is part and parcel of a delusional policy of denial of the jihad threat. And still we learn nothing. It’s not just the Islamic State: Obama released the top five Taliban terror leaders “in exchange” for AWOL traitor Bowe Bergdahl just a couple of months ago.

Most worrying is the fact that the global jihadists have no better friend and ally than Barack Hussein Obama. The Obama administration’s Iraq policy is based “on the idea that the Islamic State is so toxic that it will be self-limiting and ultimately self-defeating.” Yes, we see that happening.  Clearly, U.S. intelligence officials do not agree with the disaster-in-chief.

But “incarceration was a school for jihad, and they emerged tougher, better connected and more dedicated” — so why were there no effort made during their incarceration to challenge their jihadist beliefs? Because to have done that would have been “Islamophobic.” And why were they released at all, since any fool would have known that they would return to the jihad?

The Obama administration’s Iraq policy seems premised on the idea that the terrorist Islamic State is so toxic that it will be self-limiting and ultimately self-defeating. But that’s not the view of U.S. intelligence officials.

In a briefing for journalists Thursday, a panel of five U.S. intelligence officials summed up their assessment of an organization that has shown a remarkable durability because it is “patient,” “well-organized,” “opportunistic” and “flexible.” Under the leadership of Abu Bakr al-Baghdadi, the group has rebounded from about 1,500 fighters in 2010 to more than 10,000 today — becoming a global jihadist organization that communicates in many languages.

“We don’t assess this as something that will collapse on its own,” said one of the officials, who commented based on an agreement that their remarks would not be attributed. “But with pressure and alternatives [that might draw away its Sunni supporters], it could collapse over time.” The intelligence experts cautioned that counterterrorist tools, such as drone strikes and other air attacks, wouldn’t be sufficient “to defeat it rather than just ratchet it back.”

The officials expressed skepticism that Baghdadi could be deterred from striking the United States by the threat of pulverizing attacks. “We assess that the group sees conflict with the U.S. as inevitable,” said one official. Although the group is preoccupied with its battles in Iraq and Syria, another official noted a chilling Internet statement several months ago: “America, we have not turned our gaze away from you.”

The briefing was a rare example of intelligence officials sharing information about a problem that policymakers are still debating. The group skirted direct policy questions but not their context. Asked, for example, whether the Islamic State can be contained if its bases in Syria aren’t bombed, one official said that such cross-border havens have been “a perennial challenge” in fighting insurgencies since 1945.

The portrait of Baghdadi and his Islamic State was chilling. Under its original name, al-Qaeda in Iraq, the group ferociously battled U.S. forces. Most of its leading fighters were imprisoned by U.S. occupation troops, but incarceration was a school for jihad, and they emerged tougher, better connected and more dedicated…