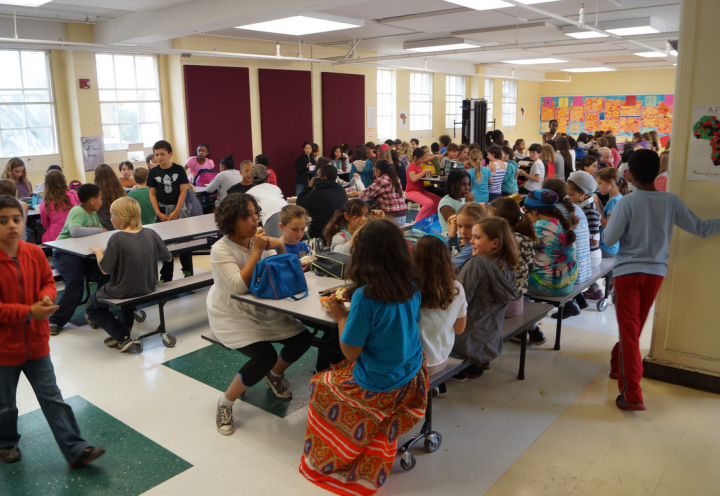 They’re coming to a school near you…and they’re coming without needing the required immunizations all our kids need…and the ‘they’ of which I speak are the ILLEGAL children flooding our borders by the thousands…the ILLEGAL children being dispersed all over OUR country who will now spread their diseases to our children who in turn will spread them to us…diseases we long thought had been eradicated in OUR country.

And Barack HUSSEIN Obama knows this and just does NOT care.

Now to be fair it must be known that there is NO federal law concerning children entering the public school system that mandates vaccine exemptions that could prevent certain diseases, but all 50 states have a medical exemption for certain vaccines where a child might have had a serious adverse reaction. In fact, when they were young both my children had an immediate anaphylactic reaction to the ‘P’ (pertussis) part of the DPT shot…meaning if they were given a second dose they could die. Now of course they did NOT get the ‘P’ part again and were granted a medical exemption from that component in the DPT shot, but they were required to get all the other mandated series of shots needed to attend public school.

But these ILLEGAL children who will enter OUR schools this fall do NOT need a medical exemption nor any other accepted exemption…and get this…the fact is they do NOT have to have any immunizations at all. This means they will be bringing into our public schools diseases that could actually kill some of our children…children like mine who could NOT get a certain immunizations to protect them from a specific disease. But thankfully they stood little if any chance of contracting…in their case pertussis (whooping cough)…because the other children in their school were immunized against it…were immunized so they could NOT be carriers of it. And children like mine are NOT unique…there are millions of LEGAL American children currently facing the same situation as mine did.

And Obama knows this and still does NOT care because most of our children are NOT future Democratic voters with their hands out unlike the current crop of ILLEGAL children are…and to that affect these ILLEGAL pint-size criminals…remember they came here breaking OUR country’s laws…will now, thanks to Obama, be classified as ‘homeless’ which allows them the ability to avoid any and ALL required school documentation…including legal status, immigration status, guardianship status, and most importantly of all medical status…and that puts our children, their teachers, and us in possible serious medical danger.

And it’s NOT just the medical aspect of this ‘homeless’ designation that is disturbing… that should raise your ire.

To date it’s estimated that about 50,000 ILLEGAL children are being dispersed to states without the state’s knowledge or consent…states that NEVER before faced an influx of ILLEGALS. And these now-called ‘homeless’ children…many of whom do indeed carry communicable diseases…are entitled…YES entitled…to a free public education because Obama gave them that designation as’ homeless.’ In fact, the U.S. Supreme Court ruled in Plyler vs. Doe (457 U.S. 202 (1982)) that undocumented (meaning ILLEGAL) children and young adults have the same right to attend public primary and secondary schools as U.S. citizens and permanent residents do.

Nice huh…now and add into the mix the fact that with these ILLEGAL children arriving here without their families NO one knows the educational background of these children or even if they’ve ever attended school…or, if they did, what grade they had reached. Also, let’s NOT forget the language barrier they face as the vast majority of these children know NOT a word of English.

And with school districts receiving funding through the property taxes ‘We the People’ pay who live within a given school’s municipality, and with school districts receiving all-important federal funding under the ‘No Child Left Behind Act’…these children with little or NO English proficiency will now be sitting alongside our children who will be forced by circumstances to take a step backwards in their education because those NOT speaking English will force a slowdown in curriculum.

And once again Obama doesn’t care.

So while the states themselves can set aside additional monies for districts facing what’s called a ‘significant increase’ in the number of ILLEGAL students entering their schools, the monies allotted can in NO way cover the numbers who will need special services including health screenings, social services, and psychological services where warranted. But above all else even when the dollars are put aside and overcrowding issues are addressed, the most serious obstacle still remains…the health threat these ILLEGAL children bring to OUR country…bring to our schools…bring to our children… for the diseases that are endemic to their home countries are NOT the same ones we face here in the U.S…serious diseases like antibiotic resistant TB and other assorted ‘nasties.’

Just imagine if your child came home with a note saying they had been exposed to an ILLEGAL classmate who had TB…drug resistant TB. Now imagine your reaction…your anger…and your overwhelming sense of frustration at both your child possibly facing a serious illness as well as being screwed yet again by a president whose every decision is fueled on by his goal of increasing the Democratic voting rolls…and being done so at the expense of both your child’s health and well-being and yours as well.

And with that the bottom line is that these ILLEGAL children…these disease carrying children…coming from what amounts to Third World countries…are getting a free ride on the backs of ‘We the People’ and our taxpayer dollars as they rape and plunder our welfare, health care, and educational systems…as well as making us and our children sick. And that’s NOT prejudice by any means but is simple fact for the children’s parents know they are sending them here in violation of our laws and yet they send them anyway…and why…because it’s common knowledge in their home countries that those currently in power in OUR country refuse to enforce the very laws which would prevent them from coming here in the first place.

And all that’s left to do is sigh…and try to get that long overdue border fence built like right now.