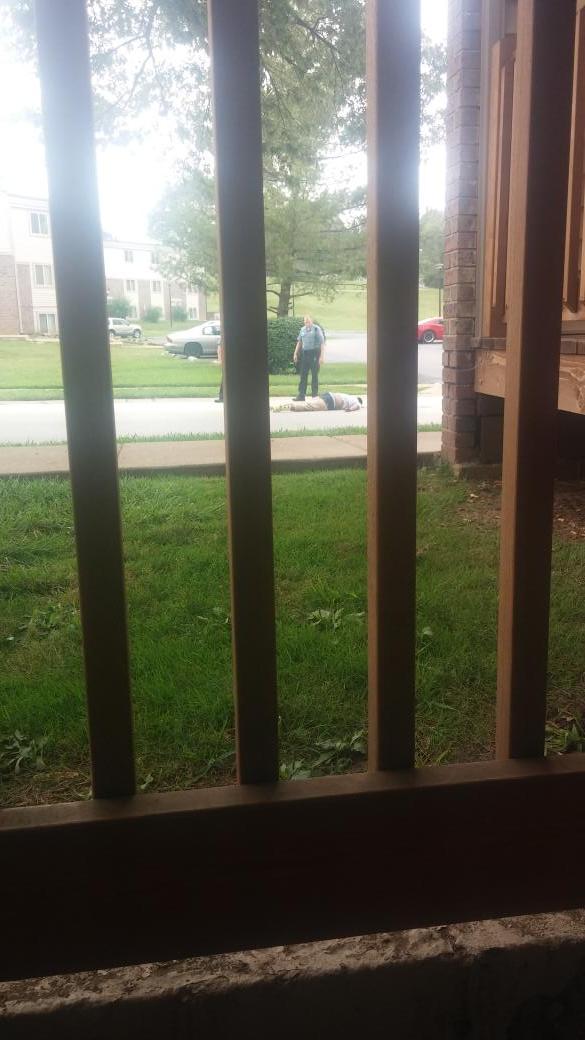 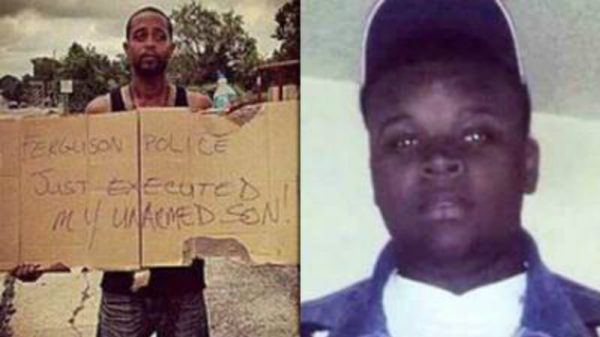 With at least two witnesses to the Michael Brown shooting claiming that he tried to surrender, it has been discovered that there was a series of “Live-Tweets” that may support those claims.

Please note that these tweets do not prove that Brown was trying to surrender, but it is clearly indicated that two shots were from behind and five more after he turned around. It might be generally presumed that turning around was an act of surrender but we do not know that for certain. Here are some of the early tweets as Twitter-user “”Bruh” watched events unfold:

I JUST SAW SOMEONE DIE OMFG

Im about to hyperventilate

Bruh omfg this shit just happened! I was just outside.

Its blood all over the street, niggas protesting nshit. There is police tape all over my building. I am stuck in here omg

Here is Bruh’s response to another Twitter user, who was asking if Michael Brown was shot from behind:

@SLIKK_DARKO the first two was, the next 5 werent, he turned around

Last week I wrote an article highlighting some witness testimony and Brown’s Mother’s claim that he was shot 8 times.

Do police have a license to keep shooting until their target is dead?

There are differing accounts of the struggle, or lack of, that happened prior to the shooting.

However, no one is disputing that Michael Brown was unarmed.

It has also been admitted that officer Darren Wilson, who shot Michael Brown, had no knowledge of his alleged theft of cigars from the local QuikTrip.

Yesterday, Missouri Governor Jay Nixon imposed a 12AM to 5AM curfew for Ferguson.

This morning it was reported that 7 arrests were made overnight and one person was shot by police and critically injured.

Update: 8/17/2014 1:45 PM… If you are remaining open-minded and want to look at a possible justification for Darren Wilson shooting Michael Brown, please see this post that was published later in the day. There is a witness that was picked up in background conversation who is claiming that Brown first ran away and then turned around to bumrush Officer Darren Wilson. If this is true then it is a potential gamechanger. It would seem to be in sync with this report that Brown turned around and was shot in the front as well, but it would defeat any assumptions that he was surrendering (if true). Please remain open-minded because the narrative is far from concrete. Different witnesses are giving conflicting accounts. Let’s just pray that justice truly wins out in the end.