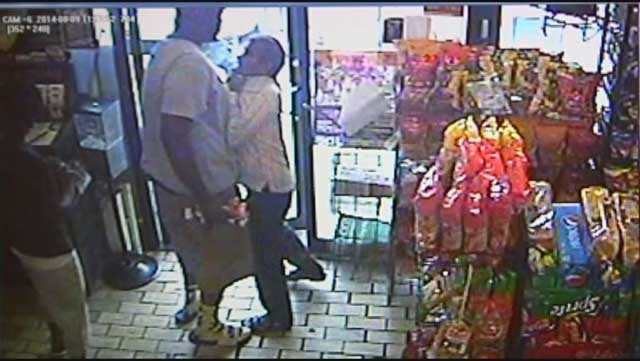 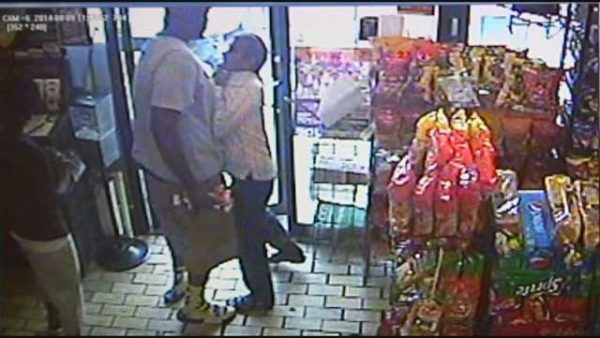 Editor’s Note: I picked this post up from Fellowship of the Minds, one of my favorite blogs. Please take any and all of these stories with a grain of salt. We have been trying to cover as many angles to this story as we can. Like most everyone else we are looking for the truth. Just a couple of hours before I posted this I had written about a Live Tweeter who witnessed the shooting. D.C. Clothesline is not trying to push a single side of this story. We have no agenda in the case of this shooting. I do however think that sometimes the public automatically assumes that all accused cops are guilty, and that is certainly not the case. Cops do kill innocent people but that does not automatically mean that every shooting fits that narrative. If I had a young man the size of Michael Brown “bumrush” me I might fire off several shots as well. We do not know that this is what happened but it seems like a distinct possibility.

We will continue to share whatever developments we find and hopefully America will learn the truth. It is most everyone’s hope that justice will be done. This article/video is somewhat circumstantial, depending on the perspective of the reader. Steve seemed to be more confident that it proves Darren Wilson’s innocence than I am. However, it does certainly bring doubt to the story that Michael Brown was simply shot in cold blood after he attempted to surrender. Nothing seems conclusive as of yet. Witnesses have conflicting accounts.

Here it is folks. Seems to corroborate the cop’s story. I’d say an arrest warrant should be out for the guy with him because he lied and the riots are going on. Brown sounds high and ran at the cop.

The original video poster appears sympathetic to the narrative that Mike Brown was shot unarmed with his hands in the air. But he unknowingly picks up conversation between a man who saw the altercation and another neighbor.

An approximate transcription of the background conversation, as related by the “Conservative Treehouse” blog:

#2 Because he ran, the police was still in the truck – cause he was like over the truck

#2 But him and the police was both in the truck, then he ran – the police got out and ran after him

#2 The Police shot him

This is terribly important because if Mike Brown had been shot, and he advanced towards the cop instead of surrendering, it would substantiate the narrative that the policeman shot in self-defense due to the fact that he was being threatened with severe bodily harm.

This corroborates an account of the event given by a friend of Officer Darren Wilson:

Well, then Michael takes off and gets to be about 35 feet away. And, Darren’s first protocol is to pursue. So, he stands up and yells, “Freeze!” Michael and his friend turn around. And Michael taunts him… And then all the sudden he just started bumrushing him. He just started coming at him full speed. And, so he just started shooting. And, he just kept coming. And, so he really thinks he was on something.”

Steve’s post first appeared at Fellowship of the Minds.