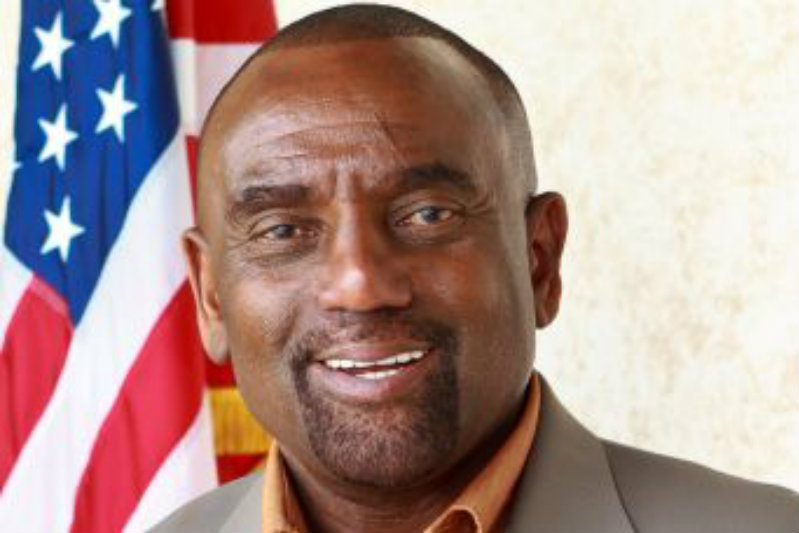 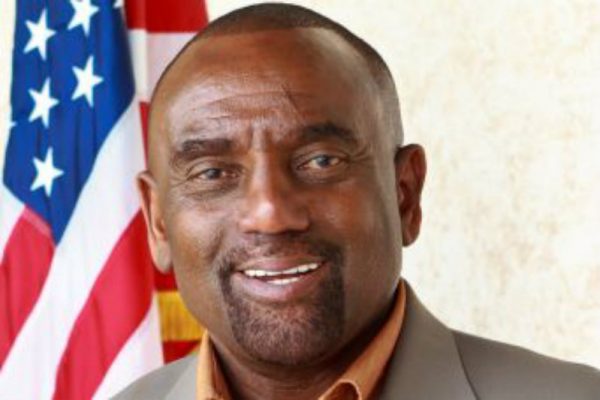 Frequent conservative commentator, and Pastor, Jesse Lee Peterson does not miss an opportunity to comment on young black men who he perceives as misguided.

You might recall that Pastor Jesse Lee Peterson called Trayvon Martin a thug back in 2013:

Peterson said that people like Obama and Sharpton have been “using black Americans by dividing the races” and “intimidating white people to get more power.”

Morgan attempted to ask if Peterson though the outcome would have been different if Martin had been white and worn a hoodie, like Facebook founder Mark Zuckerberg. He said it wouldn’t have mattered and declared that the portrayal of Trayvon Martin was “some innocent little kid, tip-toeing through the tulips” was an “absolute lie.”

“Trayvon Martin was a thug. His parents know that, you know that, I know that,” Peterson said.

It now seems that Peterson has the same judgment for Michael Brown, who was shot and killed just over a week ago in the St. Louis suburb of Ferguson, Missouri. Right Wing Watch reports:

As we have noted before, Jesse Lee Peterson of the Brotherhood Organization of a New Destiny has carved out quite a niche for himself as a black conservative commentator who is quite willing to defend just about any white person accused of racism by arguing that it is black people who are the true racists in America.

So naturally, Steve Malzberg brought Peterson onto his Newsmax radio program today to share his thoughts on the shooting of Michael Brown in Ferguson, Missouri, which Peterson declared to be perfectly justified because Brown was a “thug,” just like Trayvon Martin.

“I’ve said from day one that Michael Brown is a thug,” Peterson declared, using as evidence “the fact that he was running from the cops, period, because good folks do not run from police officers, they follow their instructions.”

I don’t often agree with commentators from the left but in this case I would have to say that there is a point to be made. Over the last week much of America has been trying to find out what happened. Jesse Lee Peterson had his mind made up very early. Here is a video excerpt of his comments:

I do not doubt that Jesse Lee Peterson could eventually prove to be correct in this situation. We have previously found out that Michael Brown allegedly robbed a convenience store, and yesterday we discovered that Brown might have “bumrushed” officer Darren Wilson.

But there are witnesses on both sides and Jesse Lee Peterson needs to understand that he is polarizing people just as he accuses Sharpton of doing.

America doesn’t need to be divided over this shooting but there are those from the right and left who are trying to guarantee that we are.

This is not a black v. white issue.

This is not a conservative v. liberal issue.

This is about the truth needing to come out and justice needing to be served.

Again, in the end Pastor Peterson may end up being prophetic but he should also be seen as closed-minded. The facts are not all in and I seem to recall The Bible says something about judging others.

Was Michael Brown a thug? Probably so from what we have seen thus far.

But even thugs have rights in America. He was unarmed and if he truly surrendered as some witnesses claim, then there is no reason he should have been gunned down in cold blood. As for running from the cops? His friend claims that he was struck by the first bullet and ran in fear. He claims the “struggle” happened when the officer grabbed him. However likely or unlikely this story is, we must get to the facts.

The point is that we don’t know for sure what happened and talk like this is not helping. I have been guilty of it myself at times. We must constantly check ourselves and make sure that we are not becoming part of the problem. I realize that many will disagree with my observations, so please feel free to share your opinion in the comment section.

Hold your horses Pastor. There may very well be a future opportunity for you to grab the microphone and say “I told you so.”