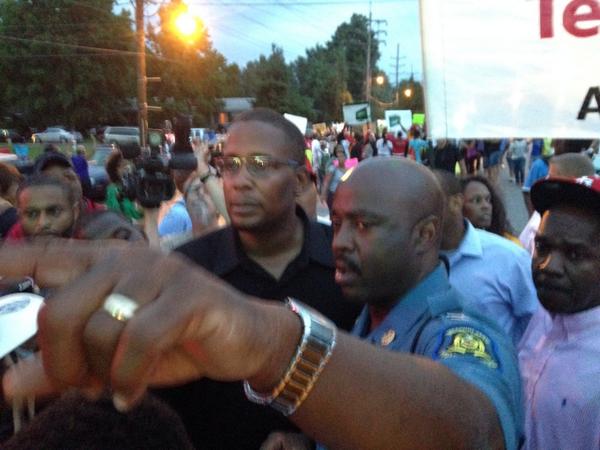 CNN video footage offers further proof that New Black Panther leader Malik Shabazz is coordinating with authorities in Ferguson, Missouri to corral demonstrators and subdue their constitutional rights despite posing as a figurehead for the protesters.