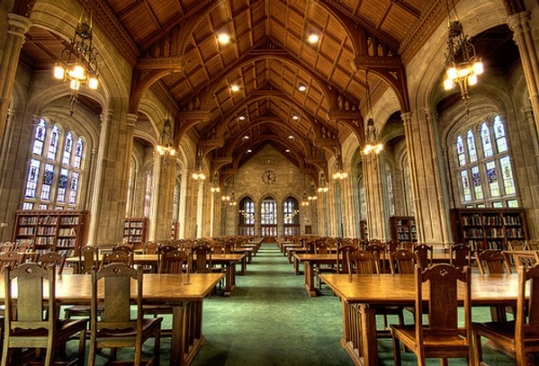 Has anyone ever wondered just how far the “Global Warming” enthusiasts will go? Well, according to an article by Philip Hodges on August 15, 2014, now babies are part of the “Global Warming” problem! Yes, babies are part of the problem now linked to this very problematic “Global Warming,” and this should make people shudder at the very thought of these “elitist style” people who may even consider such a remark. The Bible tells us to go out and grow, expand, produce children, so they may inherit this beautiful planet we call Earth. But this “Elite” group of people does not wish this to happen, and this becomes very troubling since, if one does investigate this theory of the “Elite,” they will find that they do not wish for the world population to expand. All one has to do is search the web to come up with ideas that show through, “Theories” that the world cannot sustain the population that is now growing!

The second article is titled, An End to Population Growth: Why Family Planning Is Key to a Sustainable Future by Robert Engelman

Now, here we can see the entire planning of the so-called, “Planned Parenthood” may well be a worldwide plan to decrease population growth for the “elite!” Given that idea, and the article we mentioned at the beginning of this article, it can all be linked together to show that those with the most money (the “elites” who actually control the world) are so worried about the population, that they are actually working to decrease the population to a “sustainable” figure! Now, just that idea alone makes us shudder, especially since our children and grandchildren are considered, by certain groups of people, to be a “threat” to “sustained” life! But we should question this to the extreme. Since it may hold true for the more advanced section of society (it does not), it is not even considered by groups such as those to be associated with the terrorists like ISIS, ISIL, Al Queda, and all of those groups who wish to inhabit the world under their idea of Islamic ideology. Given this, it would indicate that, should the terrorists not respect this idea, they would, in fact, inherit the Earth because of the “population reduction” by the “Elitists!”

Now, getting back to what we began the article on, the very idea that babies are part of the “Global Warming” problem would make one question the sanity of those making such weird and crazy statements. But low and behold, we do have this being stated, and it comes from a place where we have to question the very idea itself – Boston College of Theology! To give one an idea of what our college-bound children may become instructed on we just have to read what was stated by Cristina Richie of Boston College, stated in an article from Life News reported:

…[I]n the ever more radical Journal of Medical Ethics, Cristina Richie, of Boston College’s Department of Theology, argues that these technologies should be regulated to limit the number of children – called “carbon legacies” – as a means of fighting climate change. From the article:

“Through the use of ARTs, multiple children are born, adding to worldwide carbon emissions. This is a burden on the already over-taxed ecosystem to support new beings who might not have existed without medical intervention. It is, therefore, the obligation of environmental policymakers, the ethical and medical communities, and even society to carefully weigh the interests of our shared planet with a business that intentionally creates more humans when we must reduce our carbon impact.

“While population growth and ARTs are not the primary environmental issue that should concern ecologists and bioethicists, the numbers of ART babies are increasing at an exponential rate. If we were to look at these numbers in terms of carbon emissions instead of raw population growth data, the statistics would look grim.

“The unregulated ART business can no longer be endorsed and the medical industry ought not to operate in an environmental vacuum. Retrenchment in all areas of life is the key to slowing down or halting carbon emissions that lead to climate change. For each child made through medical intervention a carbon legacy results. ARTs should be allocated with due concern for the environment and sober consideration for the implications of climate change.

Carbon caps on the fertility business and eliminating funded ARTs for those who are not biologically infertile are the beginning of an environmentally sustainable ART business.”

This should make parents from all over shudder at the very idea that colleges that we send our children and grandchildren to may be teaching them that they are nothing more than a “Carbon Legacy!” This, by itself, should make every parent from all walks of life shudder at the very idea that our children could be considered as part of this “Global Warming” problem that has not to date been based upon any factual scientific data, or even been shown to exist! Actually, many of the very scientists who first brought up this “Global Warming” idea are now confused by the facts, which show that the earth has been cooling down somewhat for the last 15 years! We figured that maybe this should be shown from the perspective of a family idea, rather than a world idea that seems to say, “Stop reproducing so that we can live on an Earth free from the ‘Carbon Legacy!'” Yes, this will make many people from all walks of life sit back and consider why this is even being considered?