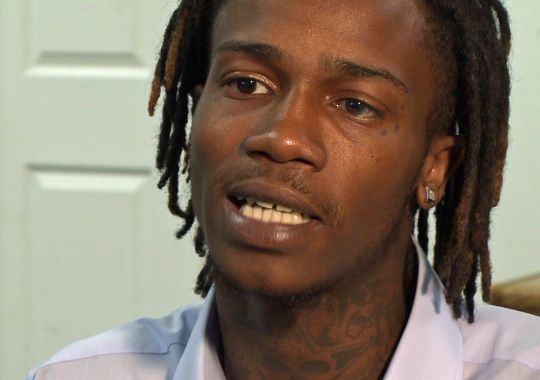 Last Saturday (Aug. 16) night, a rock music radio station in St. Louis, Missouri, 100.7 FM “The Viper,” first broke the story of the autopsy results on Michael Brown, the 6’4″ 300 lbs. teen whom Ferguson police officer Darren Wilson shot dead. Every detail that 100.7 The Viper reported —  6 shots, none in the back, marijuana etc. — were all confirmed on Monday.

We have heard (from a VERY connected national media source) that Ferguson officer Darren Wilson will be cleared in the shooting of Michael Brown. The key: Dorian Johnson has now admitted that Michael Brown attacked Officer Wilson and attempted to take his gun. OFFICER WILSON WILL NOT BE CHARGED! This is scary. When this news is made official, we all have reason to be concerned about the reaction.

Dorian Johnson was the accomplice of Brown in their strong-arm robbery of a convenience store, which was captured on the store’s surveillance cam, right before their encounter with Officer Wilson. Johnson gave an account of Wilson’s shooting of Brown that we now know was full of lies — that Brown had not attacked Officer Wilson and that Wilson shot Brown in the back.

I’m awaiting confirmation of 100.7 The Viper’s claim. If it’s proven to be incorrect, I will pull this post. ***Update Below***

Editor’s Note: This post will be pulled or updated from D.C. Clothesline as well should it be proven false or should new information emerge. It has now been 16 hours since The Viper posted their status on Facebook and I can find no hard confirmation. I am finding various blogs and media reports parroting the claims by The Viper but no hard proof that the claim is true as of yet. -Dean Garrison

Editor’s Note: 8/20/14 8:31 PM. The station has edited the status. The above is a screen shot from how it appeared this morning. Now it reads as follows:

***BREAKING NEWS***Remember, you saw it and heard it here first. It has been reported on social media that there is a likelihood that Ferguson officer Darren Wilson will not be charged in the shooting of Michael Brown. A key witness has now admitted that Michael Brown attacked Officer Wilson and attempted to take his gun. This is scary…. IF this news is made official, we all have reason to be concerned about the reaction.

The story has changed quite a bit and now they are using social media for a source it would seem. I have also located their comment about breaking the autopsy results:

100.7 THE VIPER For the record….WE broke the autopsy results ON SATURDAY NIGHT, RIGHT HERE. Every detail that WE reported, (6 shots, none in the back, marijuana etc) were all confirmed on Monday.Our info has been right on, and I have no reason to doubt this. Is it a guarantee? No. That would be silly.